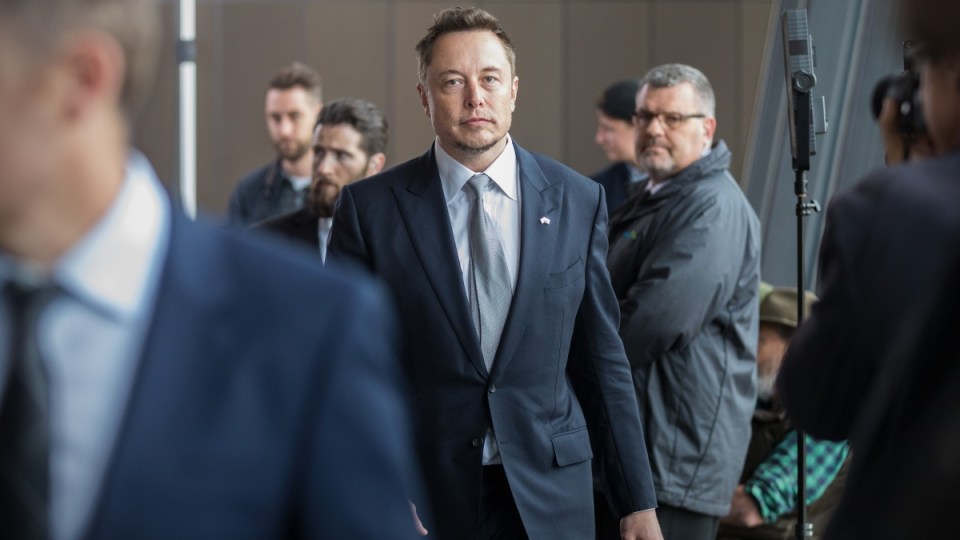 Elon Musk is being told to prove he has the financing pledge in hand to take his company private. Photo: AAP

Tesla Chief Executive Elon Musk is being sued over an alleged a scheme to boost the company’s sagging stock and “completely decimate” investors who were betting the price would continue to fall.

The complaint, filed by stock-market player Kalman Isaacs, focuses on Musk’s alleged false and misleading tweets on August 7, when he claimed he had secured the promise of financing to buy back publicly issued shares and take the company private.

Musk announcement prompted an immediate price surge as Wall Street speculators bet that his nominated figure of a likely $US420 ($A574) strike price for a privatisation move is credible.

Short-sellers borrow shares they believe are overpriced, sell them, and then repurchase shares later at what they hope will be a lower price to make a profit.

If the price goes up instead, short-sellers must dig deep into their pockets to cover the difference.

With short-sellers piling onto the stock, Musk claimed to have secured promises of financing to pull off the privatisation of the $60 billion outfit.

If there is evidence that the financing was not fully locked down, Mr Musk’s claim would expose him to allegations of fraud for misleading the market, said Professor James Cox, a securities law expert at Duke University.

Tesla did not respond to a request for comment on the proposed class-action complaint filed in the federal court in San Francisco. The company is based in nearby Palo Alto, California.

Short-sellers have long been an irritant for Musk, who has often used Twitter to attack them and dispute their appraisal that the company is driven more by hype than bottom-line reality.

Tesla sceptics have delighted in noting the problems that have plagued Tesla’s electric car production line, its failure to meet projected sales and an increasing awareness that, while electric cars emit no CO2 themselves, non-renewable fossil-fuel power plants that charge their batteries still do.

Musk’s tweets, including his boast of “funding secured” to take Tesla private, helped lift the stock by more than 13 percent above the prior day’s close.

The stock has since given back more than two-thirds of that gain, in part following reports that the US Securities and Exchange Commission has made Musk the subject of its close scrutiny.

Musk has not offered evidence that he has lined up the necessary funding and the complaint did not offer proof to the contrary.

But Isaacs said Musk’s conduct caused the volatility that cost short-sellers hundreds of millions of dollars as they scrambled to cover their  positions against what are alleged to be artificially inflated prices.

According to the complaint, Isaacs bought 3000 Tesla shares  to cover his short position.