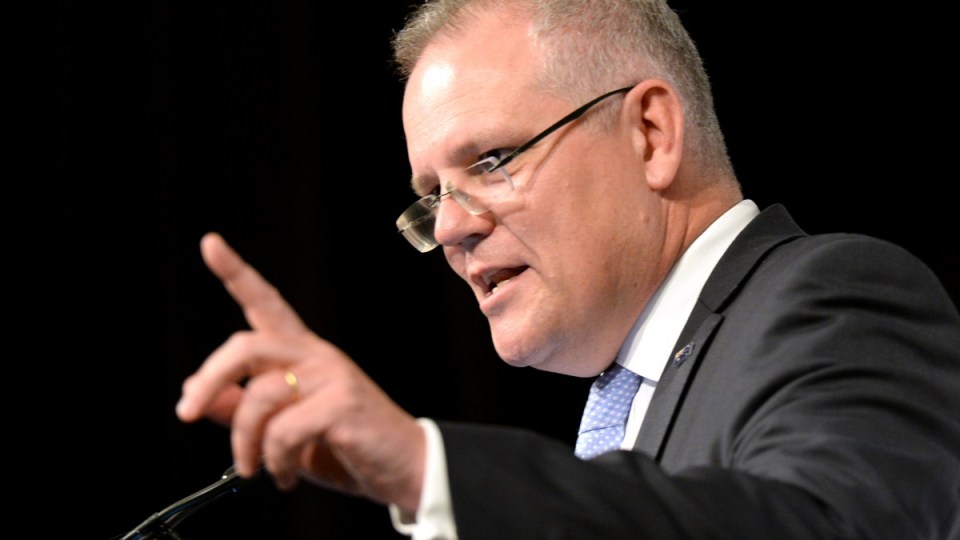 Treasurer Scott Morrison has said Australians must be more active in exercising their power as consumers if the banking system is to work as it should.

His comments marked the release of a scathing report on the state of the banking and financial system from the Productivity Commission.

The report found a lack of competition in the sector thanks to the dominance of a few big players, complex products with opaque fee structures, and conflicted remuneration structures.

It made detailed recommendations for overhauls in particular to the mortgage broking industry, which it found was often not serving the interests of customers. It also recommended far-reaching reforms to insurance, payments systems, transparency and the role of the various regulators.

In his speech on Friday, Mr Morrison said little about the Productivity Commission’s numerous recommendations, focusing instead on the report’s findings that consumer “inertia” was allowing banks to make money off uncompetitive products.

“Too often we, the customers, have … become complicit in allowing the deck to be stacked against us. You can guarantee it, the more passive a customer is, the worse deal they are going to get,” Mr Morrison said.

“[T]here is no one more committed to looking after your interest than you. You can’t take yourself out of the game, and listen to those who want to infantilise you by promising a cotton wool regulatory system, with nanny-like regulators, that rather than awakening and empowering your consumer power, will rock you off to sleep.

“While the government can create an environment that gives you better tools to make an informed decision, it is only you as a customer who can actually make that decision. And it is you who lives with the outcomes.

“It’s the bacon and egg principle, the chicken is involved but the pig is committed.”

He said the open banking regime – which will make it much easier for consumers to compare products and switch banks if they think they’re getting a bad deal – would be a “game changer” in empowering consumers.

Mr Morrison said he would look carefully at the recommendations before making an official response.

The report, which was given to the government on July 29, but only publicly released on Friday, particularly singled out mortgage broking.

It called for massive overhauls in the way mortgage brokers are paid commissions, including a ban on trailing commissions.

It also called for brokers to be legally required to act in the best interest of their customers – something they are not required to do at the moment.

And each bank or lender would be mandated to have a so-called “principal integrity officer” – a sort of in-house informer to report any actions to the regulator that compromise the best interest of customers.

On payment systems, the Productivity Commission proposed a suite of reforms aimed at reducing or eliminating transaction fees on electronic payments.

Many of the changes to payments were aimed at building a strong regulatory system for the New Payments Platform.

The report also called on the consumer watchdog, the ACCC, to have new powers to “champion competition in the financial system”.