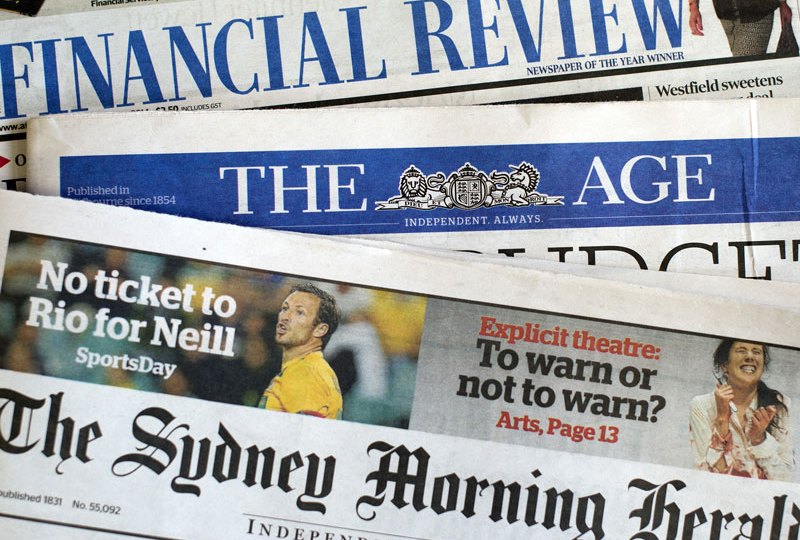 Nine chief executive Hugh Marks has hinted the media giant will consider closing or selling Fairfax’s regional newspapers when it assumes ownership of the business later this year.

The historic takeover, announced on Thursday morning and set to go through at the end of the year pending regulatory and shareholder approval, will create the biggest media company in Australia.

In an investor presentation on Thursday, just hours after the dramatic announcement, Mr Marks was asked what the multibillion-dollar takeover deal would mean for Fairfax’s regional papers.

Mr Marks said it would be “no surprise” that Nine would focus “on what we see as the high growth components of what this deal provides”.

“We want to ensure the management team has the ability to focus on those high growth areas.

Other businesses that are not as high growth may be better off serviced in some other environments. I think there’s no secret of that.”

Fairfax’s regional paper business has shrunk dramatically in recent years, and last year was by far the weakest performing arm.

“It’s an easy thing for us to subscribe to as a board of Nine because, judge us by not our words but our actions.

“We’ve been in the journalism business for many years in this new public form of the business. If you spoke to our journalists you’d find our actions are in keeping with the charter. This is a great combination of cultures.”

When pressed to commit to adopting the charter in full, Mr Marks said: “The board is more than happy to adopt the principles of the Fairfax independence charter,” he said.

A spokesperson later confirmed the Nine board had signed up to the charter of editorial independence.

Mr Hywood, who also spoke at the presentation, did not comment on either the charter or the closure of regional papers.

The takeover deal received praise as a good business move from investment analysts, with the majority congratulating Mr Hywood and Mr Marks during the presentation.

However, others expressed concerns the deal would compromise the quality of Fairfax’s journalism.

“The problem with this is that, in terms of news management, Channel Nine, for over half a century, has never other than displayed the opportunism and ethics of an alley cat,” he said.

“There has been no commanding ethical or moral basis for the conduct of its news and information policy.

“Through various changes of ownership, no one has lanced the carbuncle at the centre of Nine’s approach to news management. And, as sure as night follows day, that pus will inevitably leak into Fairfax.”

Ranald Macdonald, a long-time former editor and managing director of The Age, told The New Daily the takeover would lead to less diversity and more commercialism, which he said was a “depressing” prospect.

“I just hope the new board will recognise the value of an independent, aggressive and properly funded Age and Sydney Morning Herald, and the importance of its role,” he said.

“I would say it’s a condition of taking over over 100 years of great journalism to adopt the charter, and that is my challenge to them.”

The Media, Entertainment and Arts Alliance, the union representing journalists, called on the competition regulator to block the merger.

“With ongoing inquiries into the independence and long-term viability of quality journalism under way, the ACCC must block this takeover,” MEAA media president Marcus Strom said.

Australian Community Media, the branch of Fairfax that owns and operates the regional newspapers, is by far the worst performing arm of Fairfax’s six main sub-groups.

Last year, ACM’s revenue dropped by 11 per cent and profit before tax fell by a massive 19 per cent. The regional papers’ profitability has consistently plummeted in recent years, from $169 million in 2012, to $67.5 million.

By comparison, profit before tax of the metropolitan business – which includes The Age, The Sydney Morning Herald and The Australian Financial Review – rose 26 per cent.

Streaming service Stan and Domain were the fastest growing parts of the business, while New Zealand newspapers were the second poorest performing, with before tax profit dropping 8 per cent.

That means if Nine is looking to get rid of the parts of Fairfax that are shrinking, it will likely start with Australian regional papers, followed by New Zealand papers.

The Fairfax share price was up more than 8 per cent at 3.30 on Thursday, while Nine shares plummeted more than 10 per cent.

Nine hints it will shut down regional newspapers in Fairfax takeover