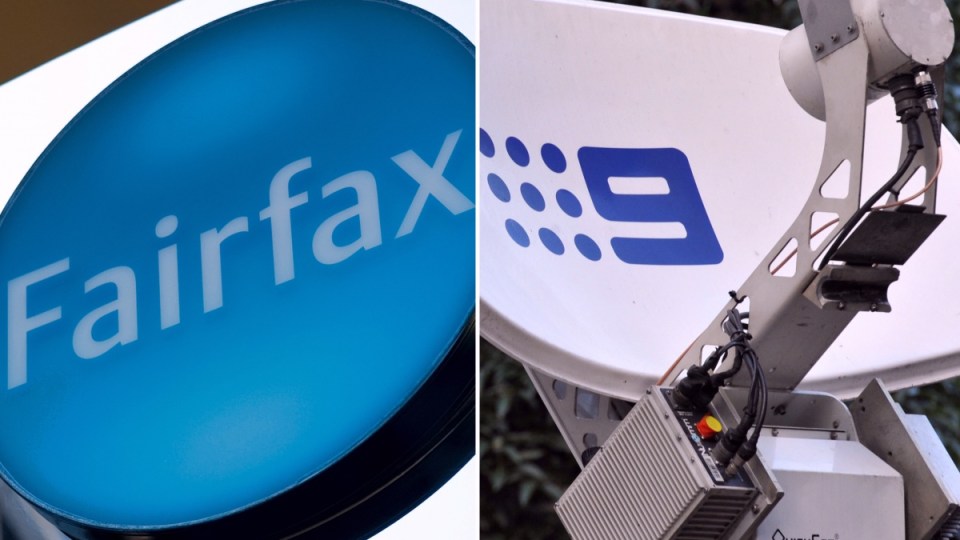 Within hours of the announcement of Nine’s takeover of Fairfax Media – I won’t insult readers by calling it a “merger” – Prime Minister Malcolm Turnbull was singing its praises.

“It’s been made possible by the changes in media ownership laws we made,” he said blithely during an interview on Tasmanian radio on Thursday morning. “To be frank, I welcome the announcement.”

Of course he does. I mean, what’s not to like if you’re the head of a conservative government about to head into an election?

Suddenly, all those mastheads that for generations have made life hard for governments are going to be run by an entertainment company chaired by a former Liberal treasurer, Peter Costello.

This is a dream scenario for Mr Turnbull and his Communications Minister, Mitch Fifield, and it couldn’t have happened without the changes they now trumpet.

But make no mistake: this deal is bad for journalism and bad for democracy.

It will almost certainly lead to more job losses in newsrooms and adversely affect the muscular journalism mastheads such as The Age and The Sydney Morning Herald have practised for more than a century.

Mr Hywood sent a seven-paragraph email to staff that began by trying to spin the takeover as a merger – despite conceding the new entity “will be called Nine” – and ended with a desultory: “I would like to thank everyone for their contribution.”

It was hardly a fitting way for 150 years of journalistic tradition to be consigned to the scrap heap.

We’re told Mr Hywood will stick around for six months before he drives off into the sunset in his Maserati, presumably with millions in bonuses and stock options stuffed into the boot.

Soon the Australian Competition and Consumer Commission was weighing in, saying it would spend 12 weeks assessing the bid to gauge if there might be any lessening of competition.

Twelve weeks? I can save it a little time here.

If it looks at the just released Nielsen figures on traffic to the country’s top news websites, it will find that Nine is at No.2, The SMH at No.4 and The Age at No.10. (The New Daily is at No.17, one behind The Australian.)

If this deal goes through, three of the Top Ten will be coming out of the same tent. Or maybe they’ll all be rolled into one giant online entity. Either way, that would appear to lessen competition, wouldn’t it?

Certainly it will reduce diversity. Not that that should surprise. As former PM Paul Keating said this afternoon: “The absence of those legislative barriers, in the media free-for-all the Turnbull government is permitting, will, because of the broadly maintained power of those outlets, result in an effective and dramatic close down in diversity and, with it, opinion.”

In the midst of all this I found myself thinking about the long-time titan of TV, Kerry Packer.

In the early ’90s he tried to put together a joint bid for Fairfax by Nine and Canadian publisher Conrad Black.

One of Mr Black’s lieutenants asked Mr Packer what his motivation was for wanting to own the venerable Australian newspaper company.

“All I want out of this,” Mr Packer told Mr Black and others at London’s Savoy Hotel, “is to see certain people’s heads [at Fairfax] so deep in shit that the tops of their heads will only be visible through a powerful microscope.”

The Nine-Fairfax deal should be blocked because it reduces media diversity and threatens great and important newsrooms across the country and the quality journalism they practice.

But, as Mr Packer might have said, I wouldn’t bet on it.

Bruce Guthrie is co-founder of The New Daily and a former editor of Fairfax’s The Age and The Sunday Age.

Nine’s takeover of Fairfax is a bad deal for democracy