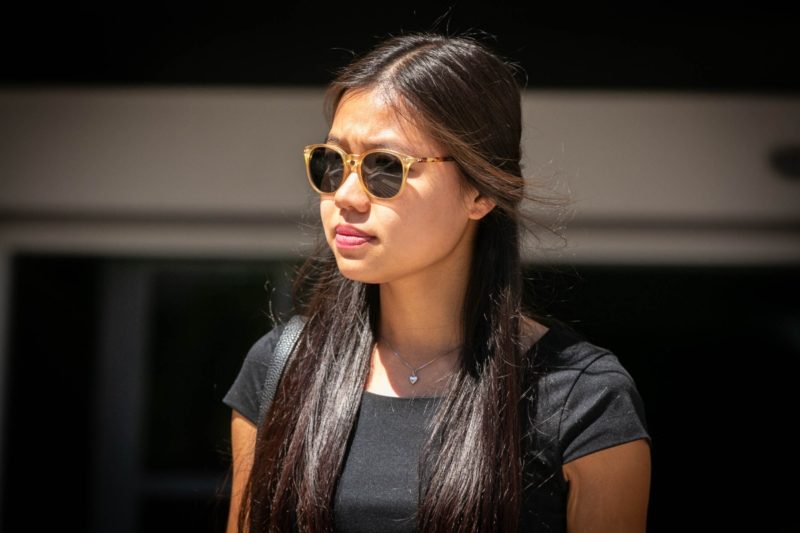 Thy Do stood her ground in the face of questioning about her evidence. Photo: AAP

A woman from a remote community was unable to open a fee-free bank account with ANZ to shield her from crippling bank charges despite the bank saying a number of times that it was available to her, the financial services royal commission has heard.

Thy Do, a family support worker with Save The Children, said she tried to open the account with her client, an Aboriginal woman from a community 90 minutes drive from the Northern Territory town of Katherine, in December 2017.

The woman, who lived on welfare benefits and occasional casual work, had complained that she was financially crippled by bank charges as high as $200 per month.

The fees resulted from charges to ring the bank to check balances and  overdrawn, dishonour and transfer fees mainly resulting from a photography package scam the woman had unknowingly signed up for.

Ms Do researched ANZ’s offer and found that it offered an Access Basic account that had no fees. Her client’s first trip to Katherine to change banks proved fruitless when the ANZ told her she needed to make an appointment to open an account.

On a second trip with Ms Do to the bank she was told the fee-free account was no longer available to new customers, which was contrary to what the bank told Ms Do during a further phone call.

“I was confused,” she told the commission.

When the account was finally opened it turned out to be another offer aimed at pensioners that did charge overdraw fees.

When Ms Do complained, she and her client were told that was “not an issue so long as the customer doesn’t overdraw the account” and Ms Do’s client had been “doing well”.

Ms Do then tried to help her client open the desired account by phone using verbal identification a number of times.

This proved impossible to implement and the woman still does not have the fee-free bank account she wanted, despite formal complaints to the bank.

ANZ executive with responsibility for North Queensland, Tony Tapsall was reluctant to express opinions about the details of the case before the commission. He said he had investigated and been told by the banker at Katherine that Ms Do and her client had not been told that the ‘Access Basic’ account was not available.

Counsel assisting Mark Costello asked Mr Tapsall whether “making a one-and-a-half-hour trip to the the bank might mean Ms Do and her client would have a better memory [of events] than a banker who sees many clients?”

Ms Do was questioned on the issue by ANZ counsel Kate Williams SC and was adamant about the accuracy of her account.

“I recall her (the banker) saying that to me more than once and thinking at the time, ‘That didn’t make any sense to me’.”

When Mr Costello pushed Mr Tapsall on whether the banker may have felt embarrassed admitting a basic mistake about account availability or may have felt concerned about being flown to Melbourne to answer questions on the case prior to the royal commission, he replied: “I can’t answer on behalf of a banker.”

Later he admitted that the banker had expressed concern to him about being flown from Katherine to Melbourne to answer questions about the case.