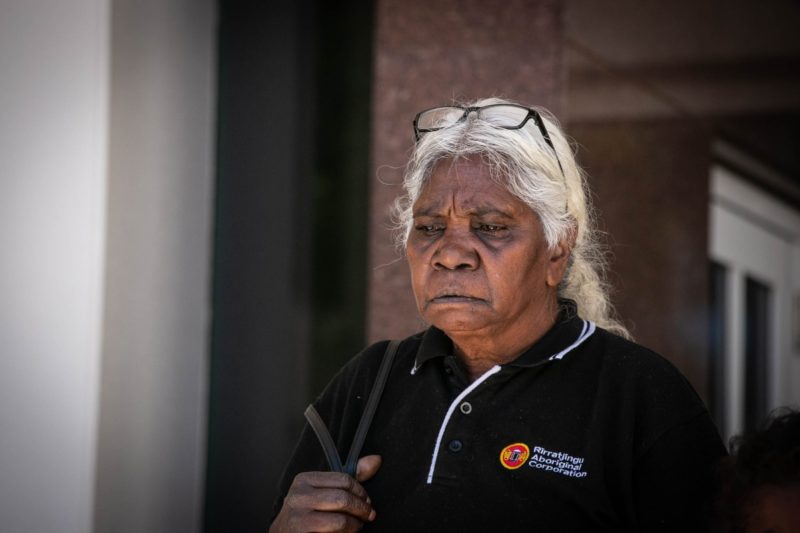 An Aboriginal woman for whom English was a second language purchased a funeral insurance policy she did not need or want under sustained pressure from telemarketers, the financial services royal commission has heard.

Now aged 60 and retired, Ms Marika, a grandmother, already had funeral insurance through her work-related super fund when she was contacted by Let’s Insure in September 2015.

In a series of high-pressure calls played to the commission, fast-talking salespeople pushed Ms Marika to take up funeral insurance despite her protestations that she already have cover and didn’t want any more.

Ms Marika is hard of hearing and said she found it difficult to understand what the callers were saying.

She is also bound by the cultural norms of her Yolngu people who don’t like verbal confrontation and see it as rude to simply say “no” to others’ demands.

In describing one of her early conversations she said: “I told them I don’t want it … they seemed to be really pushing for me to say yes.”

Ms Marika’s protestations were ignored, and a progression of telemarketers put her under increasing pressure. One told her she should replace her existing policy with one from Let’s Insure, which she was told would be 50 per cent cheaper.

Further callers tried to talk her into taking up accident insurance for her whole family. She was also repeatedly asked for contact details of her family and friends, and promised she would get shopping vouchers if they signed up.

“If 30 of them sign up you will get $600 in vouchers,” one Let’s Insure call centre worker told her.

When she said she would have to go away and find her address book she was told, “Don’t worry, I’ve got all day.”

Eventually Ms Marika was signed up to a plan that cost her $50 a month. This proved too much of a burden as at that point she was not working and supporting two grandchildren.

However when she called the company and asked to quit her policy, she was again subject to pressure tactics and told: “We can give you the next month free”.

Ms Marika approached Legal Aid NSW when it visited Condoblin, the town she was living in, and it took up her case. In response to Legal Aid’s first letter, the company refused to drop her policy.

However it has since complied with her request in 2017.

He also said Indigenous clients are more likely to take up family funeral policies than the general community and so have more people covered per policy sold.

Salespeople were highly influenced by offers of free cruises and motor scooters and the company identified three staff who were acting unconscionably, Mr Howden said. One had dealt with Ms Marika.