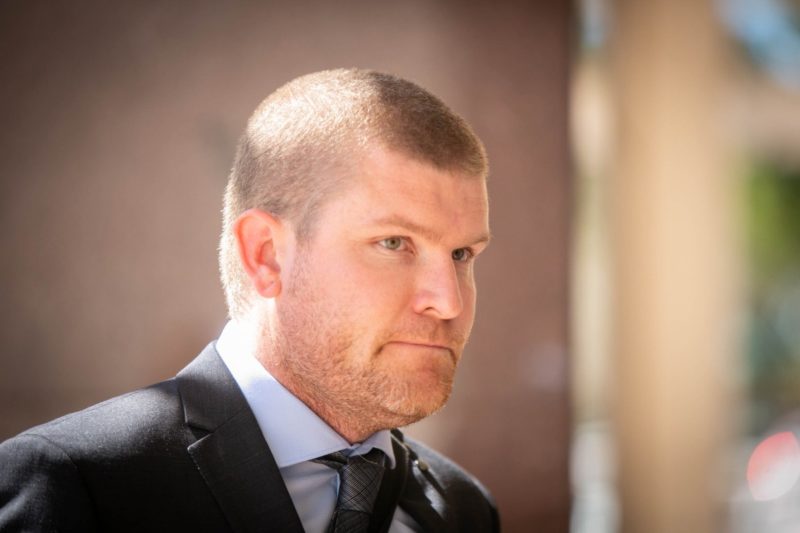 ACBF CEO Bryn Jones had no formal qualifications for his job. Photo:AAP

Funeral insurance provider Aboriginal Community Benefit Fund ran media advertisements that did not include a disclaimer the Federal Court had demanded it make, the financial services royal commission has heard.

Despite its name, ACBF is a private, non-Indigenous company. In 1999, it was ordered by the court to remove the Aboriginal flag and any reference to being established to help the Aboriginal community from its advertising material.

It was also required to include a disclaimer saying it was a “private company, not sponsored by or otherwise connected with any governmental or similar body or an Aboriginal organisation”.

However, counsel assisting Rowena Orr QC produced examples of its ads in the National Indigenous Times, on Indigenous radio and on the Central Australian Imparja Aboriginal television network that did not carry the riders.

“This was a breach of the orders made by the Federal Court, wasn’t it, she asked ACBF chief executive Bryn Jones.

“It appears to be,” he replied.

The commission also heard that ACBF lost about 6000 Indigenous funeral insurance policy holders when the government banned it from using Centrelink’s Centrepay system to collect premiums.

The company tried to contact the policy holders to encourage them to make payments in other ways but could not find them – even though they were its clients.

“Their whereabouts were unknown to you?” Ms Orr said.

Mr Jones told the commission that he was appointed CEO a few months ago after having a coffee with the company’s owner, Ron Pattenden, who was a client of Mr Jones’ banker father. Mr Jones said he had no qualifications for the job and he had previously taught sport to children and worked in IT services.

Prior to joining ACBF, he volunteered with homeless people on Palm Island in Queensland – his only connection with Indigenous people. The island was a major centre for ACBF membership, with the company receiving over $47,900 in premiums in the five months to January 2018 through the Commonwealth Bank.

Mr Jones also told the commission that former ACBF policy holder Tracey Walsh, who gave evidence on Tuesday, had been told in documents by ACBF that if her funeral costs were below the maximum $8000 she was insured for, the balance would be put in trust for 15 months for her family. They would then be given to charity.

When Ms Orr produced documentation given to Ms Walsh, Mr Jones admitted that it did not actually say that. That offer was now being made to clients, Mr Jones said.

The commission also heard that ACBF’s funeral insurance payouts were the lowest on average of any provider, at $6700 (the industry average was more than $8000). ACBF also made the lowest payouts as a percentage of its premium income.

In other evidence, it emerged that 572 customers had paid more in premiums than their policies would deliver. The company did allow these clients to stop paying premiums and retain the cover – but only if they approached ABCF to ask for it.

Mr Jones said only 24 customers had done so.