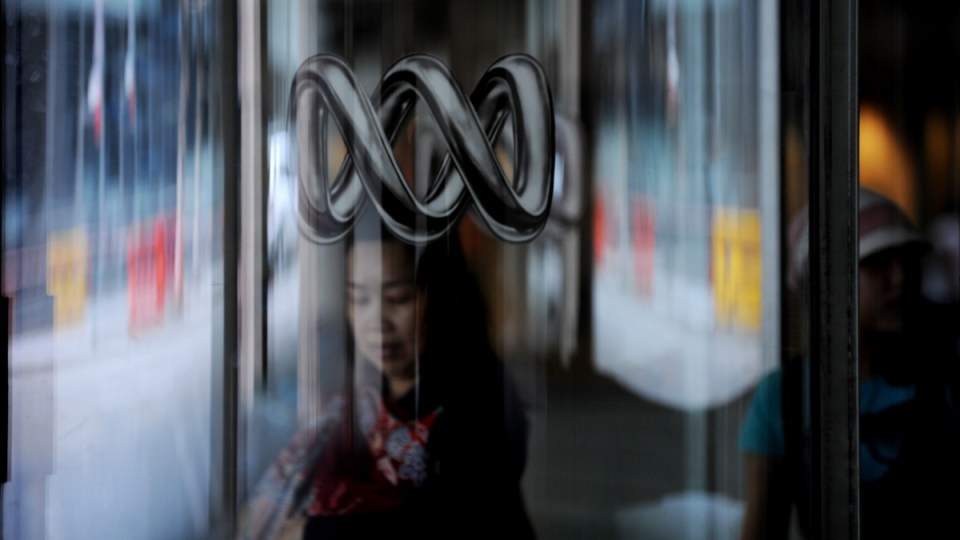 Two fellows of a right-wing think tank have a strange plan to privatise the ABC. Photo: AAP

A radical and influential plan that would see the ABC given away to its employees rather than sold has been dismissed as “idiotic” and “totally laughable” by supporters of the public broadcaster.

The plan, laid out in a new book by RMIT academics Chris Berg and Sinclair Davidson, would see government funding completely withdrawn from the public broadcaster, and ownership transferred to ABC employees.

Dr Berg and Professor Davidson are both fellows of the Institute of Public Affairs, a powerful conservative think tank with close ties to the Liberal Party.

The arguments in the book, published last month, are likely to have been influential in the Young Liberals’ motion to privatise the ABC at the national Liberal Party council over the weekend.

The motion received 2:1 support at the meeting – though the Turnbull government was quick to state it would not implement the will of the party’s grassroots membership.

What is being proposed

Dr Berg and Professor Davidson’s plan would see ABC employees free to decide what to do with the newly-privatised broadcaster, but would have to raise more than $1 billion a year to maintain its current operations.

That money could be raised on capital markets and through commercial revenue from advertisements and viewer subscriptions.

Currently the ABC receives about $1.1 billion a year of funding from the government and $50 million – or 4 per cent of total funds – through its commercial operations.

Forcing the ABC suddenly to raise all its revenue through commercial channels would therefore be a huge change.

But Dr Berg told The New Daily it was necessary because there was no justification for forcing taxpayers to fund a broadcaster that had, he claimed, a left-wing bias – especially when, as he claimed, the “market” would provide as good a service without a government subsidy.

“ABC journalists are five times more likely to vote Greens than the population,” he said, quoting 2013 research from then-University of the Sunshine Coast academic Folker Hanusch.

He also cited Emma Alberici’s articles on corporate tax as evidence the ABC was biased. He said there “was a large body of work looking at implicit bias in the press”, though he cited no concrete examples in the interview.

Dr Berg denied that turning the ABC into a commercial enterprise would compromise its news coverage, dismissing concerns it would lead to a blurring of the lines between advertisements and journalism – as happens on programs like Channel Nine’s Today, which has sponsored segments.

“I enjoy and rely on a lot of ABC news services,” he said. “But my argument is that there is clearly a demand for those services.”

That, he said, meant if you privatised the ABC, people would pay for the same service.

Ranald MacDonald, spokesperson for the ABC Friends and a former managing director of The Age, described Dr Berg and Professor Davidson’s book, which he said he had read twice, as “appalling”.

“It’s totally laughable. It’s difficult to know what to say about it. I treat the book with total disdain,” he said.

He described the ABC as a “small ‘l’ liberal organisation that puts everyone’s feet to the fire, Liberal and Labor”.

“[ABC journalists] Jon Faine and Leigh Sales do a remarkable job of this in my view. I think we’re lucky in this country to have the ABC doing that,” Mr MacDonald said.

“The EU Human Rights Council has found countries with the strongest democracies are the ones which have a strong national broadcaster.”

He added that he took seriously the threat to the ABC’s continued public ownership, saying he had been concerned by the “harassment, bullying and unrelenting attacks” on the ABC from the right – and particularly the Murdoch press – “for years”.

Would a privatised ABC survive?

Jason Aravanis, senior industry analyst at IBISWorld, said there was little or no research assessing the business viability of a privatised ABC, but he said the television broadcasting industry as a whole was in very poor shape.

“The industry is definitely in decline. It’s declined 2.4 per cent, annualised, over the last five years, and we expect it to decline even more in the future,” he said, putting the rise of on-demand services such as Netflix behind this decline.

That would leave a newly-privatised ABC with no commercial experience fighting for survival in a very challenging business environment.

Radical plan to give away the ABC dismissed as ‘totally laughable’