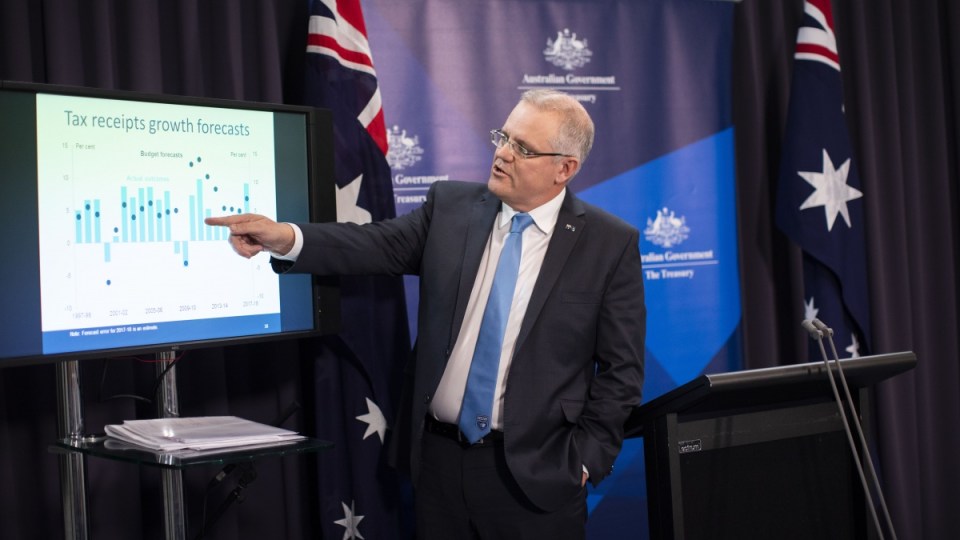 That figure dwarfs the Howard government’s 2006 tax cuts, which hold the record of biggest tax cut measure in a single federal budget. They were estimated to cost the Treasury coffers $10 billion a year.

Almost half of the $20 billion a year would come from the third stage in the three-stage tax cuts – the part that abolishes the 37 per cent tax bracket altogether.

The report, submitted to the Senate Economic Legislation Committee, warned tax cuts of this magnitude could leave Australia vulnerable to another economic crisis – an event it said was a “significant possibility”.

“This substantial reduction in revenue is not obviously consistent with the federal government’s medium-term fiscal strategy of budget surpluses on average over the economic cycle,” the report stated.

“On current projections these will be achieved only if Australia experiences a lengthy period of unprecedented economic calm and fiscal restraint.”

In fact, it found that while it would reduce the effects of bracket creep for high-income earners, the tax plan actually increased the portion of the tax burden middle-income earners would have to shoulder.

Cost of the tax cuts

There are three parts to Scott Morrison’s tax plan. The first will give tax rebates to low-income and middle-income earners; the second will raise the threshold for the 19 per cent and 32.5 per cent tax brackets.

As the chart below shows, by 2028, Grattan’s modelling projects the full tax plan will cost the budget more than $20 billion a year. And close to half of that will come from the third part of the plan (‘Lamington’ refers to the Low and Middle Income Tax Offset).

The Grattan Institute said legislating for such huge tax cuts was “not obviously consistent” with government’s professed aim “to achieve budget surpluses, on average, over the course of the economic cycle”.

“The fiscal problems of committing to large tax cuts in the future were illustrated in the late 2000s,” the report said.

“By the time these took effect, the global financial crisis had pushed the federal budget into a substantial deficit. But politically it was too hard to unwind tax cuts that had already been legislated.”

No fix for bracket creep

Overall, the Grattan Institute found the policy did little to address bracket creep.

It found that once the three-stage tax plan was fully implemented, by 2027-28, 3 per cent of the tax burden would have shifted from the top 20 per cent of earners to the rest. In other words, it will result in middle Australia shouldering more of the tax burden, not less.

The table above shows that today the top 20 per cent pay 68.2 per cent of the total income tax burden. With no change, bracket creep will mean they shoulder 65.9 per cent of the burden by 2027-28. And with Mr Morrison’s tax cuts, they will shoulder even less – 65.5 per cent.