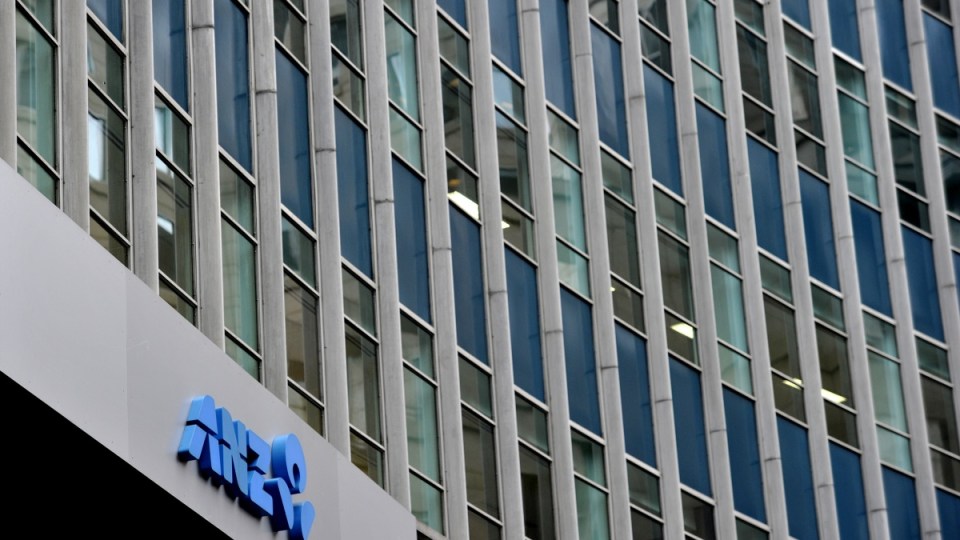 ANZ, Citi and Deutsche Bank are alleged to have formed a cartel to fix the ANZ share price. Photo: AAP

But on Tuesday it was revealed that some of Australia’s most senior bankers had been criminally charged for allegedly forming a ‘cartel’ to fix the price of ANZ shares.

If you’re like most Australians, you will have absolutely no idea what all this is about, and have probably already tuned out.

But wait! This story is actually not that complicated, and it matters. So allow The New Daily to take up five minutes of your time to explain exactly what is being alleged, and why it is important.

It all rests on an understanding of what it is that investment banks – those mysterious and much-derided temples of high finance – actually do.

What are investment banks?

Investment banks are like real estate agents, in that you pay them handsomely to sell something big on your behalf because you don’t have the expertise, time or manpower to sell it yourself.

But unlike real estate agents, investment banks also ‘underwrite’ the products they are paid to sell (more on that below).

One of the core functions of investment banks is to help big listed companies like ANZ sell new shares. And that’s what they were doing in this instance.

In 2015, ANZ needed to raise $3 billion to increase its capital reserves, and it decided to do this by issuing new shares.

ANZ employed three investment banks: Citigroup, Deutsche Bank and JP Morgan. Their job was to raise $2.5 billion of the $3 billion, by finding big institutional investors to buy the new shares.

The remaining $500 million was to be raised by offering existing ANZ retail shareholders the opportunity to purchase up to $15,000 each in additional shares

These three investment banks would ‘underwrite’ these shares – which basically meant they guaranteed, for a fee, that they would find buyers for the shares. If they did not, they would stump up the cash themselves.

Now, the exact details of what went down are not clear. But Professor Ian Ramsay, a corporate law expert at the University of Melbourne, explained it as follows.

Professor Ramsey said what follows is largely conjecture, because the exact details have not been released.

“But what appears to be the case is an alleged cartel was formed, whereby there was an agreement reached among the four banks about how that shortfall would be dealt with, i.e. about how these shares would be sold, that they would not be sold below a certain price,” Professor Ramsay said.

If true, this would have ensured that ANZ’s share price would remain artificially high, and the investment banks would not have been out of pocket.

It has been reported but not confirmed that JP Morgan blew the whistle on this collusion, and was therefore granted immunity from prosecution.

So what’s wrong with forming a cartel?

A ‘cartel’ forms when two or more companies agree to set prices, rig bids, or not compete with each other. It is not allowed because it undermines competition, and therefore rips off consumers.

“There is potential for significant harm to consumers because they’re not getting the price they would get if there was competition. It can also reduce innovation and choice,” Professor Ramsay said.

Had there been no cartel, then the ANZ shares would probably have sold for less.

That would have pushed the overall ANZ share price down.

So the allegations, at their core, are about three banks colluding, for their mutual gain, to keep the ANZ share price artificially high.

So why should you care?

“ANZ is one of our major financial institutions,” Professor Ramsay said. “We all invest in ANZ through our super funds. The price of the shares of one of our big banks is important in all sorts of ways.”

He said the integrity of the financial system relies on company shares being priced by free market forces.

But Professor Ramsay stressed that the banks had denied any wrongdoing, and would “vigorously” defend themselves.

“This is not an easy case. I certainly wouldn’t want to predict the outcome because we don’t know all the facts.”

Correction: an earlier version of this article incorrectly stated the three investment banks underwrote $3 billion worth of ANZ shares. The correct figure is $2.5 billion.

Everything you need to know about the ANZ cartel scandal