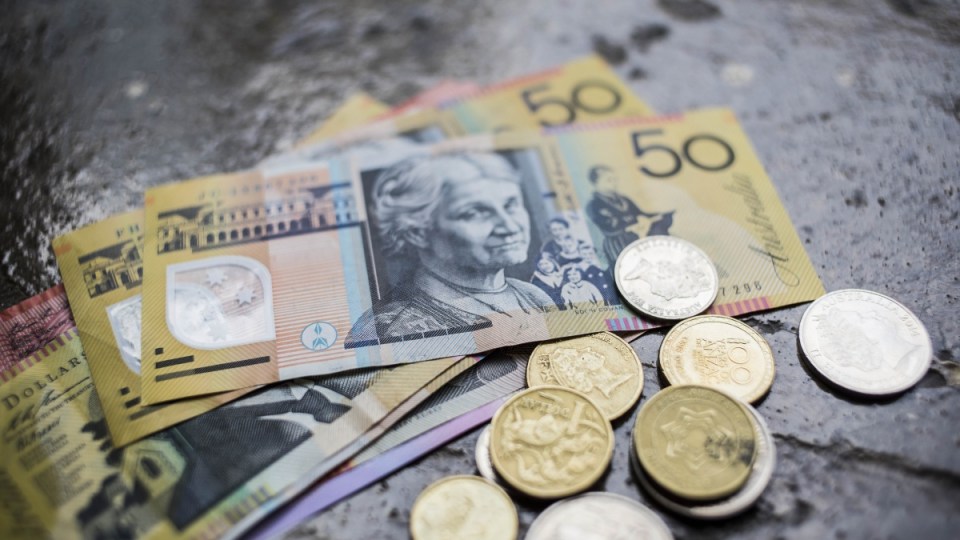 JobSeeker will be permanently boosted by $50 a week when the coronavirus supplement ends in March. Photo: Getty
analysis

If there’s one key assumption in Treasurer Scott Morrison’s 2018 budget, one thing crucial to his brave new world of income tax revolution and debt reduction, it’s that wages growth is about to jump well above the inflation rate.

Bad news, Scott: outside one or maybe two industries, it’s not happening and there is no sign it is about to happen.

The Reserve Bank’s deputy governor this week subtly but clearly poured cold water on the government’s wages forecast and a former Business Council of Australia (BCA) president has spelt out what is really happening in the nation’s boardrooms: wages growth is being capped at the inflation rate.

Wednesday’s wage price index for the March quarter was more of the same – a 0.5 per cent for the quarter. For the year to the end of March, the private sector wage index grew by 1.9 per cent, matching the consumer price index, meaning real wages were flat.

And that’s the outcome companies continue to target, as explained by Graham Bradley, a former BCA president and current chairman of HSBC Australia, EnergyAustralia, Graincorp and Infrastructure NSW.

“We’ve been in a very low inflation environment,” he told the KPMG/Australian British Chamber of Commerce budget breakfast.

“I’ve seen most companies try to restrict their overall wages growth targets to inflation in this environment or just above inflation. I think that will continue to be what business tends to do.”

Mr Bradley said there were parts of our economy that were going to have much faster wages growth, specifically citing “quite red hot” infrastructure construction.

“But overall … there aren’t the circumstances at the moment that would justify companies needing to lift wages well above inflation because there are still parts of our economy that are not all that buoyant,” he said.

The RBA’s Guy Debelle gave a speech on Tuesday which, on a facile skimming, seemed to be saying all is fine with GDP and wages growth forecasts. But then the qualifications, implicit and explicit, come in.

There’s plenty of doubt about those promised wage increases.

Dr Debelle specified two domestic uncertainties about the RBA’s central forecasts. The first – household balance sheets and housing – received plenty of coverage, as does anything with “housing” mentioned. The second – low wages growth – went through to the keeper even as he echoed Graham Bradley.

“How much longer is wages growth going to remain at its current low rates?” Dr Debelle asked. It was a rhetorical question.

“The experience of other countries with labour markets closer to full capacity than Australia’s is that wages growth may remain lower than historical experience would suggest. In Australia, 2 per cent seems to have become the focal point for wage outcomes, compared with 3 to 4 per cent in the past.”

While there were signs of wage pressure emerging, they remained localised, Dr Debelle said.

“There is a risk that it may take a lower unemployment rate than we currently expect to generate a sustained move higher than the 2 per cent focal point evident in many wage outcomes today.”

That’s where the federal budget looks especially courageous in its belief in 3.25 per cent wage price index growth in 2019-20 and 3.5 per cent thereafter because the RBA and Treasury are assuming minimal improvement in the unemployment rate.

Never mind the unknown rate necessary to kick wages along, the RBA forecast out to June 2020 has unemployment stuck at 5.25 per cent and Treasury is working on that same rate to June 2021.

As the Debelle speech explained, the RBA expects growth to only “gradually” eat into spare capacity and the unemployment rate to “gradually” decline.

“The unemployment rate has remained steady in an environment where employment growth has been measured to be particularly strong.

“Labour supply has risen strongly alongside it. Part of the explanation for this is an increase in female participation and older workers remaining in employment longer than previously.

“The strong employment growth has reduced unused capacity, which is a positive development, but not in a way that has lowered the unemployment rate.”

Dr Debelle said forward indicators of vacancies and hiring intentions remained positive. With GDP growth expected to pick up, “this gives me reasonable confidence that the unemployment rate will resume its gradual downward trend”.

That sounds a long way short of being confident about wages growth – and with good reason.

New South Wales is the test tube for our wages outlook. The state’s trend unemployment rate has averaged 4.8 per cent over the past year, below the 5 per cent often assumed to be the level for modern “full” employment. The NSW private sector wages index grew by just the national private average of 2 per cent in the year to March.

The reality is that there are several factors combining to suppress wages growth and nobody knows what our wages-boosting “full” employment rate of unemployment is. We won’t know until we have passed it. We only know that “we’re not there yet” – and don’t look like getting there any time soon.

And that means Scott Morrison’s budget forecasts and assumptions are internally contradictory. You wouldn’t want to bet the economy on them.

What is really happening with wages growth: It’s not