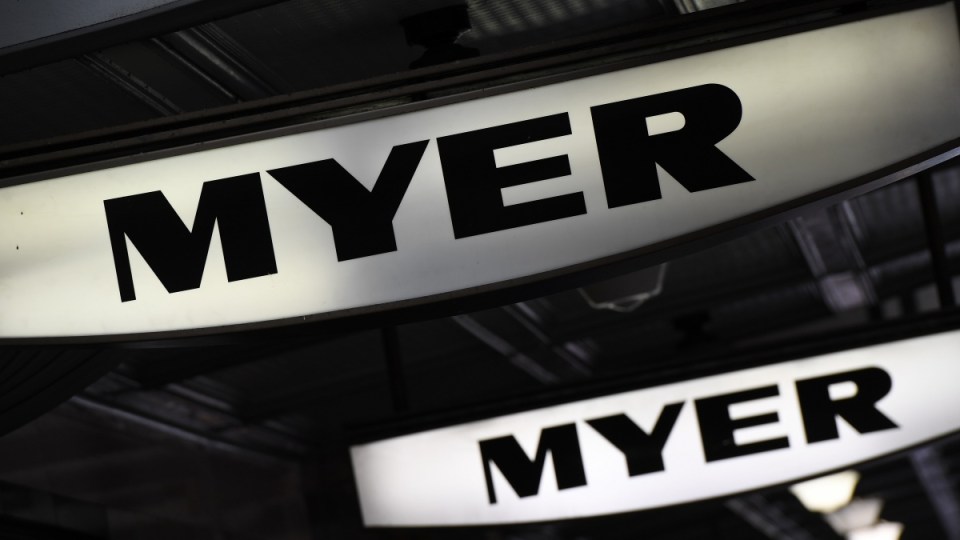 Myer’s third quarter sales have dropped 2.7 per cent to $635.3 million, and an unseasonably warm autumn throughout the southern states is expected to hurt its sales in the fourth quarter.

The embattled department store chain has also announced its newly appointed British chief executive John King will start on June 4, following the approval of his visa.

Announcing its results on Wednesday, Myer says its key like-for-like sales, which strips out new stores and closures, fell 3.1 per cent in the 13 weeks to April 28.

“However, as reported by a number of other retailers, the unseasonably warm start to winter has impacted sales, particularly in winter apparel, shoes and accessories, which may impact profit in the fourth quarter,” Mr Hounsell said.

The company has also said it will stop providing quarterly sales updates from the 2019 financial year.

In March, Mr Hounsell was scathing in his criticism of poor decisions and competition “failures” under ex-chief executive Richard Umbers’ leadership after the department store slumped to a $476.2 million half-year loss.

Mr Hounsell, who was appointed chairman last year and executive chairman in February after Mr Umbers was ousted, said the first half was blighted by poor strategy and rushed changes, including a failure to fight aggressive competition in the lead-up to Christmas.

“In addition, the execution of strategic initiatives could have been better managed,” he said in a statement at the time.

Mr Hounsell, previously a strong advocate of Mr Umbers’ “New Myer” strategy, which included store closures, brand overhauls and a focus on big-spending, fashion-forward professional women, made no mention of the strategy when announcing the loss.

“Some elements of the strategy which targeted a new high value customer were rolled out too quickly and didn’t balance enough attention on Myer’s traditional customer base which adversely impacted profitability,” Mr Hounsell said.