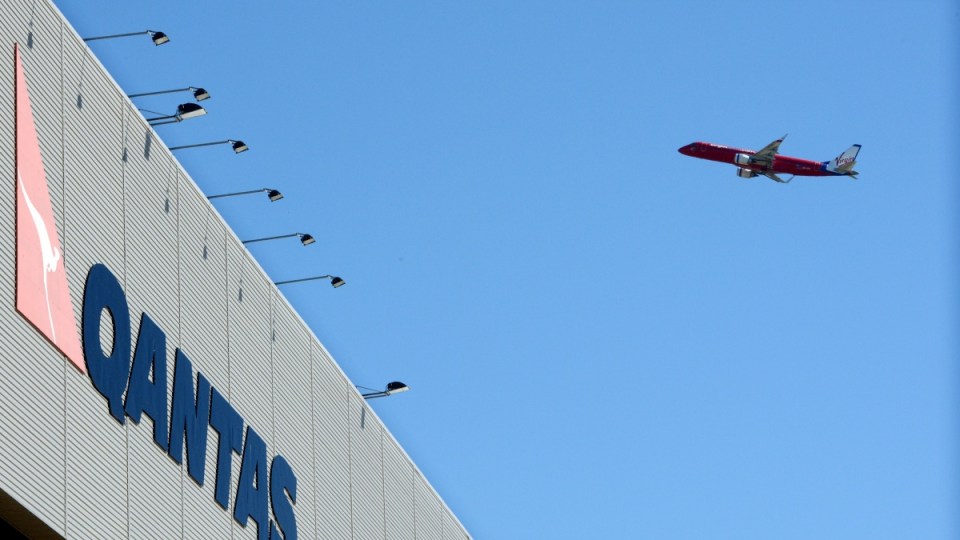 Qantas Frequent Flyer is not a loyalty program, it's a data gathering program. AAP

If you are a member of Qantas or Virgin Australia’s frequent flyer programs, you’d better make sure you’re getting your money’s worth.

Because if you’re not, then you are essentially giving away for free what is quickly becoming the world’s most valuable commodity: your data. And the airlines are making a mint out of it.

Qantas Frequent Flyer and Virgin Velocity are not, as is commonly thought, loyalty programs. Much like Coles flybuys, they are essentially data-gathering schemes which collect your personal spending habits, and market that data to third parties.

The profits of these businesses are huge. Take Qantas. Last year its frequent flyer program brought in profits of $369 million. That was more than the profits derived from international flights.

But the really telling figure is the profit margins. Qantas’ frequent flyer program’s profit margin is consistently far above any of the airline’s other operations.

Last year, the domestic flights business brought in a profit of $645 million out of a revenue of $5.63 billion. That’s a profit margin of 11.5 per cent.

The frequent flyer program’s profit margin, meanwhile, was more than twice that at 24.5 per cent.

The story is even more extreme for Virgin Australia, whose frequent flyer program Velocity is the most profitable segment of the business by far.

Last year Virgin Australia’s domestic flight business brought in a profit of $92.9 million, with a profit margin of a paltry 2.7 per cent.

Virgin’s Velocity program, meanwhile, brought in a profit of $142.8 million, with a profit margin of an astonishing 38.5 per cent.

How do they make their money?

These are impressive figures for a business that has no obvious form of revenue. So how do frequent flyer programs make money?

The New Daily put that question to both Qantas and Virgin Australia. Neither gave direct answers, pointing instead to already published documents.

A close reading of these documents appears to reveal that ‘partners’ of the programs – that is, external companies like BP or ANZ – pay Qantas or Virgin for the right to confer frequent flyer points to their customers.

The money that Virgin or Qantas receives for that is offset against the cost of running the program and of giving members their rewards – free flights, hotels etc – and the leftover cash is counted as profit. And clearly there is plenty of leftover cash.

The next question, then, is why these businesses are willing to pay a premium for the right to give out frequent flyer points.

An obvious answer might simply be ‘because it gets customers in the door’. But that isn’t it.

Actually, it’s all about data. The following paragraph from Virgin Velocity’s data policy says it all, and is worth quoting in full. It’s the kind of boring fine print we’ve all skim-read a thousand times, before ticking ‘accept’. But hidden within it is a fascinating business practice that is gaining importance by the day:

“The purposes for which we collect your personal information include … developing insights about you so that we can better understand your preferences and interests. We do this to identify products, services, membership benefits and rewards offered by us, our related entities, Airline Partners, Program Partners and third parties that may be of interest to you. We also do this to personalise your experience and enhance those products and services offered by us, our related entities and our Program Partners. We may also use trusted service providers to undertake the process of developing these insights.”

Qantas Frequent Flyer has an astonishing 11.8 million members – almost half the population of Australia. Virgin Velocity isn’t far behind, with more than 8 million. In other words, the majority of adult Australians are members of one of these two programs.

So it’s no wonder businesses are more than willing to pay Qantas or Virgin to be ‘partners’ in these programs – it plugs them straight into a matrix of data about millions of potential customers.

The value of data cannot be overstated

It is no exaggeration to say consumer data is becoming the world’s most valuable commodity.

Three of the six most valuable companies in the world – Google, Amazon and Facebook – are built on consumer data. Amazon is thrashing other retailers because it knows exactly what you want to buy. It knows that because it’s tracking what you look at and buy and recording all that data.

This wealth of customer data is allowing Amazon to grow into something like an online retail monopoly.

Likewise, Google and Facebook are almost singlehandedly destroying other ad revenue-dependent media companies because, thanks to all the data they have on you, they can target ads much more effectively than more traditional media outlets, like newspapers and TV networks.

Businesses know exactly how valuable their customers’ data is, which is why so many are constantly trying to get you to join their ‘loyalty programs’, which are not loyalty programs at all but data-gathering programs.

Steve Worthington, a professor at Swinburne University who has written extensively on data gathering, said on a basic level these programs do appear to give consumers “something for nothing”.

However, he said so far the public doesn’t fully understand the nature of the transaction.

“We don’t yet really comprehend how much data is being gathered about us by businesses. The rewards we get are minuscule compared with the value we are giving away.”

So is there anything to worry about? Alongside the sort of data breaches exemplified by the Facebook-Cambridge Analytica scandal, Dr Worthington said the biggest danger was identity theft.

But as long as the data was not subject to breaches, he said consumers did not generally consider data gathering an infringement. But he pointed out it was very early days.