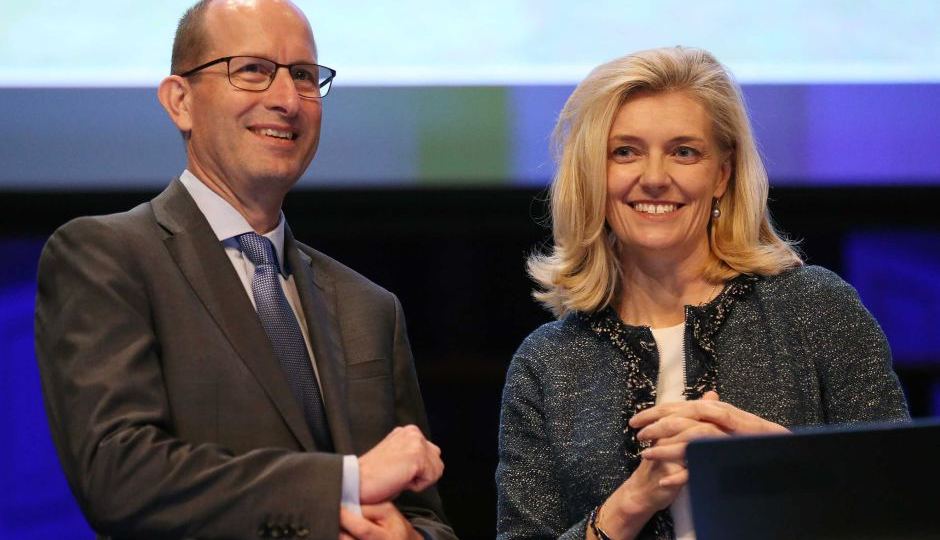 Craig Meller and Catherine Brenner had already stood aside over the fees-for-no-service scandal. AAP

The blood-letting from AMP’s disastrous appearances at the bank and financial services royal commission has continued with three more directors leaving the board.

The decision by directors Vanessa Wallace and Holly Kramer not seek re-election, and Patty Akopiantz to step down at the end of the year is aimed at reducing investor wrath at Thursday’s annual general meeting.

The big institutional investors had been mobilising a protest vote against the board after allegations of criminal conduct, including misleading the corporate regulator ASIC, emerged at the commission.

A third director Andrew Harmos is also seeking re-election, but only joined the board last June.

AMP said Ms Akopiantz – as the longest-serving director – recognised the need for a measured process of board renewal, offered to step down and will serve until the of end 2018.