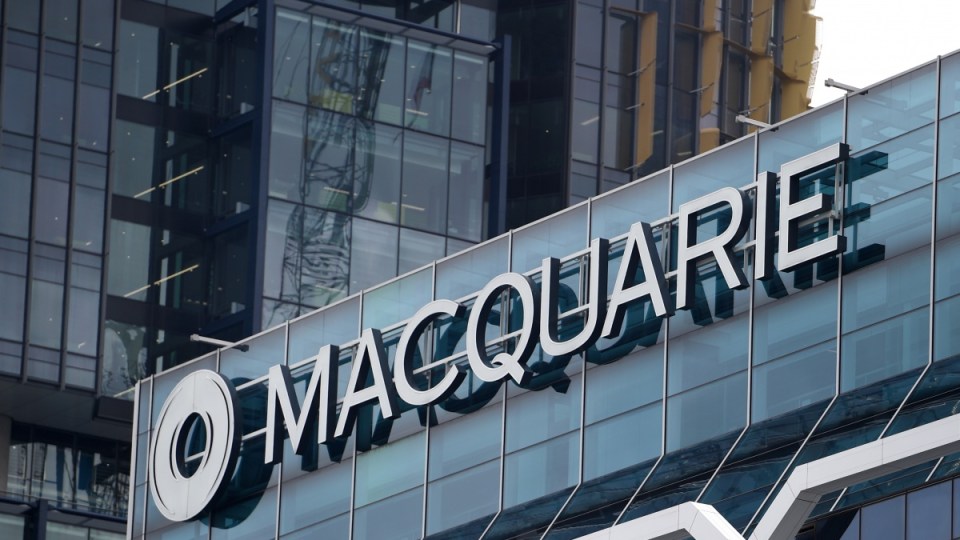 Nine Entertainment has attained a 92.8 per cent ownership in radio network Macquarie Media, paving the way for a full takeover. Photo: AAP

While the banking royal commission battles on, exposing scandal after scandal so serious it looks as though the sector’s reputation will be in tatters for a generation, one bank has somehow managed to completely avoid the limelight.

That bank is the ever-elusive Macquarie Group, often regarded as the fifth pillar in Australia’s banking system.

As ASX-listed company profits go, that is massive. Not, granted, as much as the nearly $10 billion profit enjoyed by Commonwealth Bank of Australia last year. But still massive.

Among other things, it meant the group’s chief executive officer, Nicholas Moore, received an annual pay packet of a mind-blowing $18.9 million.

That made him one of the best-paid CEOs in Australia, if not the best paid, and far ahead of any of the CEOs of the big four banks.

And Mr Moore wasn’t the only senior executive at the bank – dubbed the ‘millionaire factory’ – that made many, many millions of dollars.

The boss of the group’s asset management business, Shemara Wikramanayake, made $16.7 million, while head of the banking and financial services division Greg Ward made $8.6 million.

Mary Reemst, CEO of Macquarie Bank, made significantly less than the other three, but still a decidedly healthy $4.2 million.

The announcement of these huge – some might say obscene – figures served to demonstrate something strange about Macquarie: despite being a bank, and despite having a less-than spotless reputation, it has so far not been tarnished by the scandals unearthed by the banking royal commission.

In fact, the bank has managed to remain positively in the shadows through all this, quietly and opaquely getting on with the business of making billions of dollars for its shareholders.

This is partly explained by the fact that no one from the bank has yet been called to the witness stand of Kenneth Hayne’s commission. As the case of AMP has shown, scandals may already be publicly known, but sometimes it takes a very public grilling at the royal commission for the public to sit up and take notice.

However, it may also be explained by the fact that Macquarie – though massive and powerful – is not primarily a customer-facing bank, meaning it does not loom large in the public’s awareness. But it does offer retail banking products – and lots of them – but just not always with the Macquarie brand.

Macquarie is a sprawling, confusing and opaque financial institution that does pretty much everything a bank can possibly do, and much more besides. It is an investment bank, an asset manager, a credit card lender, a financial adviser and a mortgage lender.

As an investment bank, it provides the financial expertise to get major infrastructure projects built, as well helping companies list on share markets and borrow on the bond market.

Well over 60 per cent of its income is earned outside Australia, and it is one of very few Australian-bred financial institutions that has a truly global presence.

In the City of London everyone knows about Macquarie Bank, but very few could tell you anything much about, say, Westpac. Its reputation, fairly or unfairly, is as a formidable, ruthless operator.

Despite being a major overseas operator, Macquarie Group does a lot of business in Australia – including in areas that are proven breeding grounds for scandal and exploitative behaviour.

It is, for example, a major provider of financial advice. And given it is also a major investor and investment platform provider, there is ample opportunity for conflicts of interest to get in the way of serving the customers’ interests.

Like CBA and AMP, Macquarie has form in this area, being at the centre of a financial advice scandal in 2015. But for some reason, the banking royal commission’s counsel opted not to call Macquarie to answer questions about its financial advice operations.

The financial advice hearings are now over, with no further hearings scheduled – meaning the opportunity may have passed.

Macquarie is also a credit card lender. Often, though, you won’t realise it. Woolworths’ credit cards are in fact run by Macquarie, though they do not contain Macquarie’s branding on the card – a practice called ‘white labelling’.

Despite this, no one from Macquarie appeared before the royal commission for the hearings on credit, meaning the opportunity might have been missed there too.

A spokesperson for the banking royal commission could not tell The New Daily why Macquarie did not appear at any of the hearings, and would not say whether the bank would be called as a witness in future hearings.

The next round of hearings begin on Monday, May 21.

How Australia’s mysterious ‘fifth bank’ has dodged the royal commission