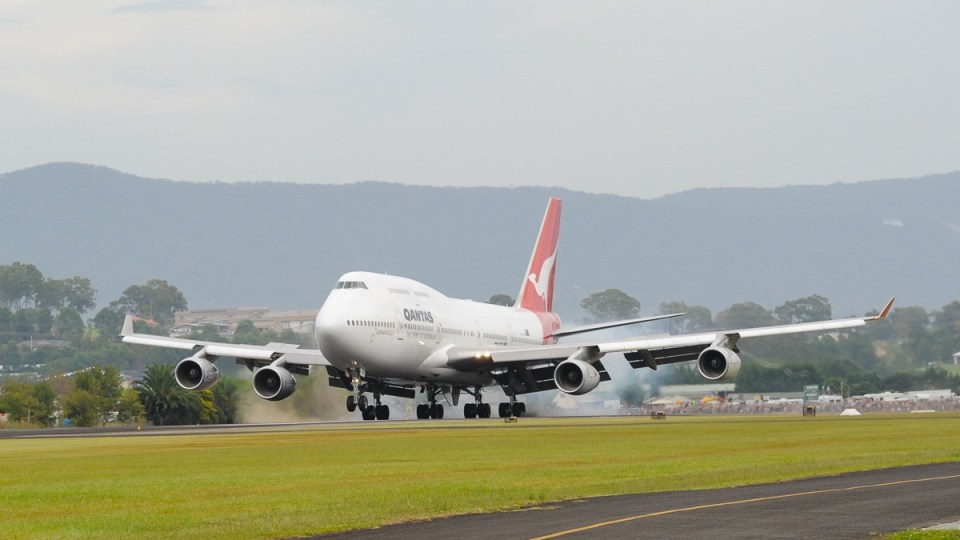 By the end of 2020 there will be no more Qantas jumbo jets. AAP

Qantas has confirmed it will retire all of its Boeing 747 aircraft by 2020, in a move chief executive Alan Joyce described as “the end of one era and the start of another”.

The iconic jumbo jets will be replaced with an order of six new Boeing 787-9 Dreamliners – the high-tech, fuel efficient aircraft that began flying direct between Perth and London in March.

Mr Joyce included the announcement in a quarterly update, in which he revealed a stellar period of revenue growth – more than 7 per cent on the previous year – and predicted another record-breaking full-year profit for the airline.

Mr Joyce said the new Qantas Dreamliners would arrive by the end of 2020, bringing its total fleet of the aircraft to 14. At that point the last 10 Qantas 747s will stop flying altogether.

“This really is the end of one era and the start of another,” Mr Joyce said.

“The jumbo has been the backbone of Qantas International for more than 40 years and we’ve flown almost every type that Boeing built. It’s fitting that its retirement is going to coincide with our centenary in 2020.

“Over the years, each new version of the 747 allowed Qantas to fly further and improve what we offered passengers. The Dreamliners are now doing the same thing.

“The 787 has better economics and a longer range, and its already opened up new routes like Perth to London. With a larger fleet of Dreamliners, we’ll be looking at destinations in the Americas, Asia, South Africa and Europe.”

Investors were enamoured by the news, although that may have had more to do with the prediction that Qantas will deliver a record before-tax profit of between $1.55 and $1.6 billion. The share price rocketed by more than 6 per cent.

But while the profit forecast may have been the main reason for this spike, longer-term investors will welcome the news Qantas is investing in its fleet.

Earlier this year ratings agency S&P Global warned that Qantas was prioritising returning cash to shareholders over fleet investment – a policy that prompted comparisons with Ansett Australia, the Australian airline that went bust in 2001.

“The collapse of Ansett Australia offers a reminder that sweating an airline’s aircraft fleet can prove devastating in the long-run,” the report warned.

Qantas is not alone in deciding to scrap its 747s. Experts say the aircraft’s 50-year reign will soon be over, at least as a passenger aircraft. Like the Airbus A380 ‘super jumbo’, the 747 is considered too large and fuel inefficient for modern airlines.

However, some cargo carriers are continuing to order new 747s. That’s because, while passenger airlines risk losing money if they are unable to fill huge aeroplanes like the 747, the same risks don’t affect cargo carriers, which have more flexibility to fly when they’re full.