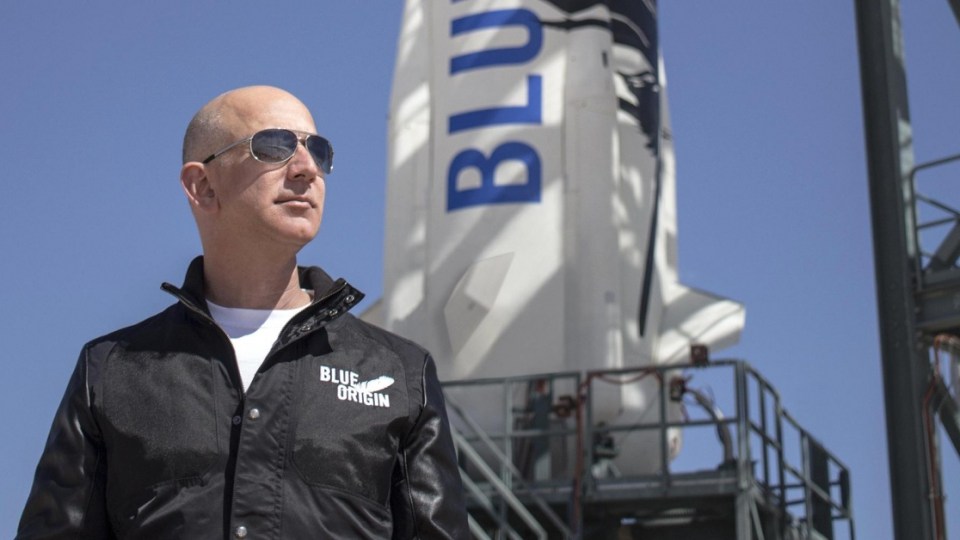 The world’s richest man, Amazon founder Jeff Bezos, has claimed his life mission is to “save civilisation” – and he believes the obvious solution is to spend his fortune funding space travel.

Mr Bezos revealed the extent of his space travel fantasies in an interview with Mathias Döpfner of Axel Springer where he dismissed any suggestion his life legacy would stop at Amazon alone.

Mr Bezos said Amazon’s e-commerce empire was less important to him than his space project Blue Origin – a US space company run by Mr Bezos that aims to make space tourism possible.

While admitting his dream stems from a childhood obsession with space, this longtime passion is not the sole reason he is pursuing space.

“I’m pursuing this work because I believe that if we don’t, we will eventually end up with a civilisation of stasis which I find very demoralising,” he said in the interview.

“And if we had a trillion humans, we would have a thousand Einsteins and a thousand Mozarts and unlimited – for all practical purposes – resources and solar power.

Mr Bezos said he believes Blue Origin is his “most important” work.

Despite talking briefly about his charity work in transient homelessness, his focus quickly returned to space when asked how he intends to spends his billions.

“The only way that I can see to deploy this much financial resource is by converting my Amazon winnings into space travel. That is basically it,” he said.

Blue Origin is expensive enough to be able to use that fortune. I am currently liquidating about $1 billion dollars a year of Amazon stock to fund Blue Origin.

“And I plan to continue to do that for a long time.”

His comments came within days of Blue Origin successfully launching and landing its reusable ‘New Shepard’ rocket for the eighth time.

“We may put humans in [a spacecraft] at the end of this year or at the beginning of next year. We are very close,” he said during the interview.

“We are building a very large orbital vehicle [New Glenn] … It will fly for the first time in 2020. The key is reusability.

“This civilisation I’m talking about of getting comfortable living and working in space and having millions of people, and then billions of people and then finally a trillion people in space – you can’t do that with space vehicles that you use once and then throw away.

“It’s a ridiculous, costly way to get into space.”

Not everyone was convinced by Mr Bezos’ obsessive focus on space over more philanthropic visions such as funding cancer research or efforts to eliminate homelessness.

Viewers appeared less than impressed, reacting with outrage on social media, listing the many other ways the billionaire could spend his fortune.

bezos could, if he wanted to, restore his employees' retirement benefits https://t.co/83PkT5b4ZL

Bezos Amazon is located in Seattle and has contributed to having the avg home price in Seattle inch closer to $1million. Avg 1 bdr apt will cost you over 2k to rent. Over 14,000 homeless people in Seattle. All while the avg Amazon employee makes just 30k a year.