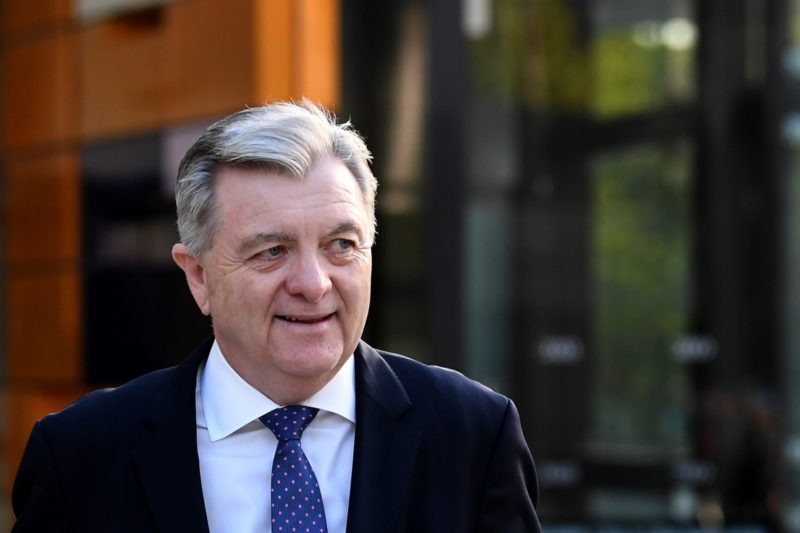 Two weeks of investigating the financial advice industry by the Hayne royal commission has yielded the possibility of fines or even jail time for AMP executives and alarming incidences of financial and ethical misconduct from a range of large and small financial firms.

Shockwaves from the commission saw AMP CEO Craig Meller resign during the week, while Dover Financial principal Terry McMaster collapsed in the witness box and was taken away by ambulance after a frightful grilling.

TV celebrity adviser Sam Henderson fell from grace after it was revealed his advice would have cost a client $500,000 if heeded. Recordings of his staff impersonating the same client, Fair Work Commissioner Donna McKenna, while calling her super fund caused embarrassment to Mr Henderson and mirth in the court room.

The possibility of charges was raised against Mr Henderson’s company because he had not advised clients he was part-owner of companies holding the very same investments he was recommending. He also told clients in a document he had a masters of commerce degree but revealed under questioning he did not.

AMP investment adviser Adrian Palmer directed property deals through a company he majority-owned but had not declared to his clients or employer. The advice he provided was described as “tainted” by Ms Orr.

Later the commission heard that Mr Palmer and two other planners who were being investigated for misconduct were taken on by Terry McMaster’s Dover Financial despite the fact he knew about the allegations. Two of the advisers, Julie Hamilton and Koresh Horton, were later banned by ASIC.

Dover faces the prospect of being found to have broken the law by creating an “unfair contract” with its clients that they were required to sign up to, Ms Orr told the commission. The contract contradicted the corporations law and was described as “Orwellian” and “a lie” by counsel assisting Mark Costello on Thursday.

CBA was found to have a sales-driven culture which meant fees were charged for no service. Its wealth offshoot, Colonial, “preferred its own interest and those of its related entities … to the interests of those invested in its products,” Ms Orr said in her summation on Friday.

ANZ might have breached the corporations law through the actions of financial advisory subsidiaries and three of their staff who may have breached “best interests” provisions. One adviser, Chris Harris, charged $7000 for advice that saw a client roll her superannuation into a new fund that would save her $238 a year.

Another ANZ adviser, known only as Mr A because he is subject to a police investigation, raised $600,000 from clients to invest in a marina property but put the flat in his own name and took $100,000 from the super fund of another client.

NAB was discovered to have falsely witnessed death benefit statements of 2520 clients which could have resulted in their estate planning wishes not being carried out.

“That so many employees would be willing to sign a formal document attesting to a particular fact that they had witness a customer’s signature when the fact was not true indicates a lack of understand of an respect for ethical and legal obligations within NAB’s financial business.”

Westpac too fell foul of the commission with Ms Orr saying the actions of two of its advisers were potential legal breaches.

“Westpac had a system of renumeration for employed financial advisers which incentivised revenue generation and created a risk [that] customers would not be provided with financial advice in the best interests of its customer.”

Two weeks of woe at the royal commission