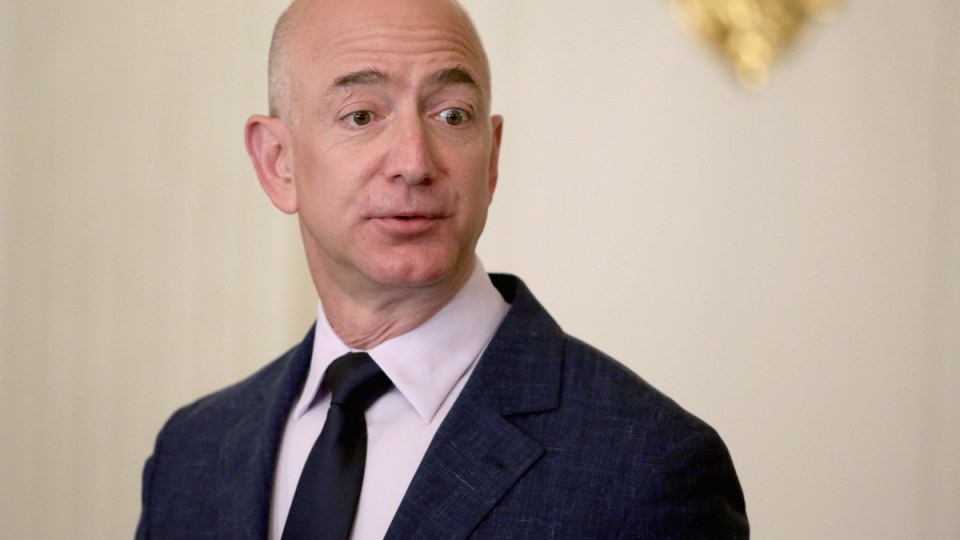 The corporate sensation that is Amazon has smashed investor expectations yet again, sending the share price rocketing and making it the second-most valuable company in the world.

The Seattle-based online retail juggernaut revealed on Friday (Thursday local time) that its revenue had grown by an incredible 43 per cent on the previous year.

The stellar result saw investors rush to buy Amazon stock, pushing up the cost of one Amazon share by 4 per cent, to an eye-watering $US1517 ($A2009).

The company is now worth a total of $US735 billion ($A974 billion), meaning it has overtaken tech rival Google, whose holding company Alphabet is currently worth $US724 billion ($A959 billion), and Microsoft, which is worth $US732 billion ($A970 billion).

The only company worth more than Amazon is now Apple, which at $US830 billion ($A1.1 trillion) remains comfortably the world’s most valuable company.

All four of these companies are listed on the NASDAQ, the US tech stock index.

In dollar terms, Amazon raked in $US51 billion ($A68 billion) in sales around the world, compared to $US36 billion ($A47 billion) the year before. That, bear in mind, is in just three months.

The majority of its income came from its North American operations, which brought in nearly $US31 billion ($A41 billion).

The remainder came from international sales ($US15 billion or $A19.8 billion) and its cloud storage business, Amazon Web Services, which brought in more than $US5 billion ($A6.6 billion).

Despite making a loss on its international operations, its net profits for the first quarter stood at $US1629 ($A2159).

Since its launch in 1994, Amazon has pursued a famously aggressive policy of growing the business at the expense of returning profits to shareholders.

The company’s continued aggressive expansion in the US and overseas – including in Australia, where it launched last December – shows no signs of stopping.

Jeff Bezos, the company’s founder, was particularly pleased with the growth of Amazon Web Services (AWS), which he claimed had a “seven-year head start” on competing businesses.

“As a result, the AWS services are by far the most evolved and most functionality-rich. AWS lets developers do more and be nimbler, and it continues to get even better every day,” he said on Thursday US time.

The continued growth – and the enthusiastic response from investors – suggests tech guru Scott Galloway’s prediction that Amazon will become the world’s first trillion-US-dollar company is well on the way to becoming a reality.