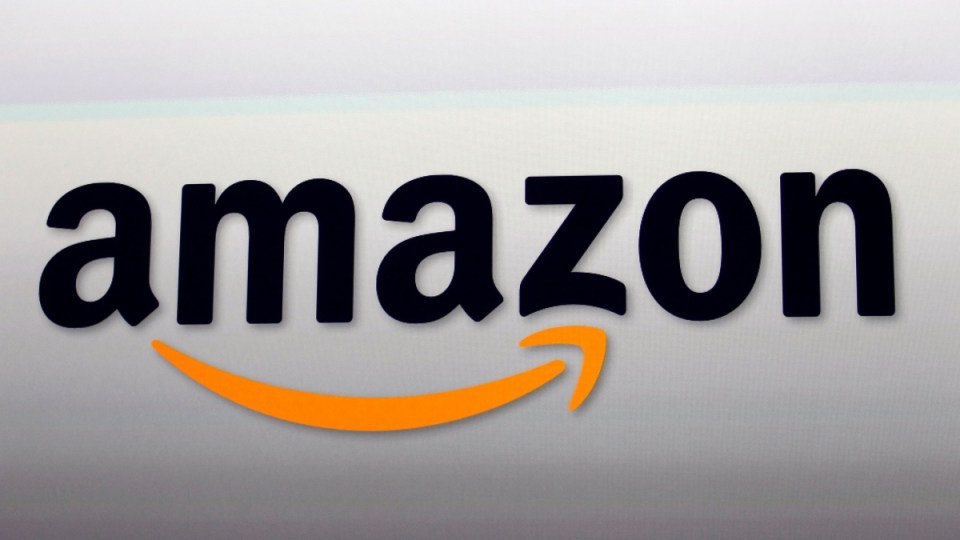 The e-commerce giant announced on Friday that its profits more than doubled to $US1.6 billion in its first-quarter results, causing the share price to surge 4 per cent.

But Australia’s part in this stellar result was not clear. The quarterly report contained only one vague mention of Amazon’s Australian launch in December, and no detail on sales.

So after all the early hype, how has Amazon been faring since it entered the Australian market in early December?

With the company’s report offering no clues, The New Daily contacted Amazon directly for comment but it refused to shed any light on how many Australians are using the new platform, nor would they reveal a typical user’s average spend.

In the absence of sales data, Amazon.com.au’s popularity can be measured by comparing its online traffic against its Australian competitors.

While Ebay.com.au remains the e-commerce market leader in Australia, attracting more than 90 million website visits each month, Amazon is already impressively outperforming an array of Australian industry leaders, according to similarweb.com. 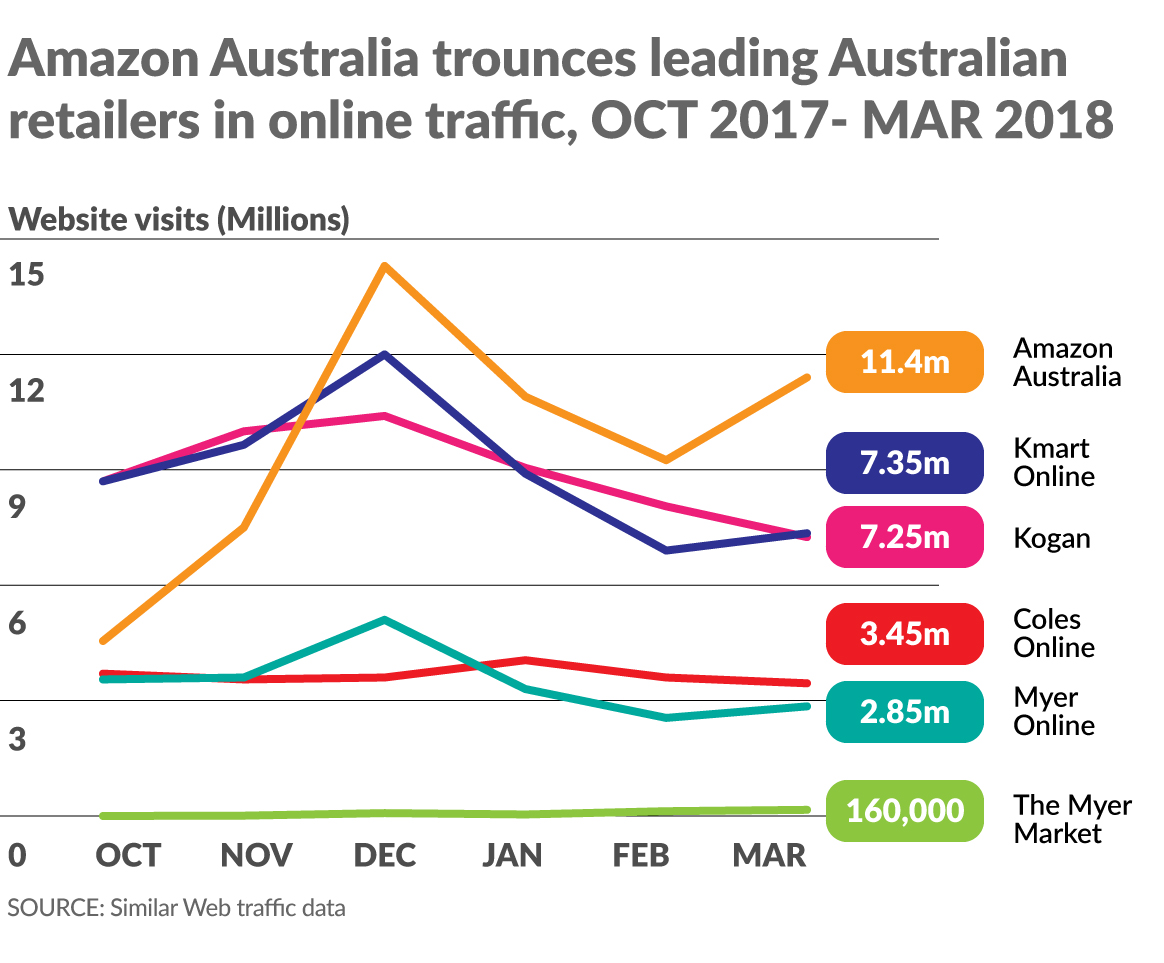 Its web traffic has outshone each of these companies from the get-go and shows no signs of slowing down, with March figures having risen from January and February.

In comparison, Kmart attracted 7.35 million visits to its website, while Kogan had 7.25 million.

While Amazon attracted 11.4 million visits to its marketplace in March, The Myer Market saw just 160,000.

He said almost 3000 of these sellers are already using the recently launched Fulfilment By Amazon (FBA) service, of which 60 per cent have considered a major part of their inventory to the service.

FBA allows sellers to store their merchandise at Amazon’s Australian warehouse. This means products can be shipped locally which is important in reducing shipping time for consumers.

“Amazon continues to add sellers, grow the catalogue, and have sellers commit to FBA for the soon-to-launch Prime service,” Mr Kaziukenas told The New Daily.

“In other countries, Prime members get free two-day shipping for orders from Amazon and from orders from sellers using FBA.

“But Australia’s impact to Amazon’s overall sales is very small, and if anything will contribute to the unprofitable International segment for years to come as Amazon invests into international expansion.”

Amazon Prime is expected to launch in Australia later this year.