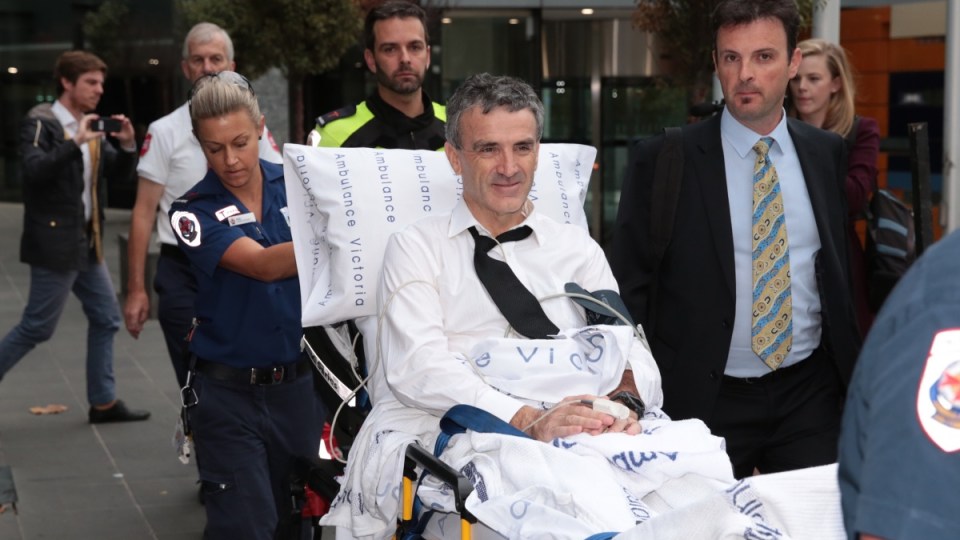 A witness has collapsed in the box while being cross-examined at the banking royal commission, in a dramatic close to Thursday’s hearing.

It was a dramatic end to a day of evidence focused on financial advisers’ alleged bad practice.

Before Mr McMaster took to the stand, the commission heard from the Financial Planning Association of Australia, the professional body for financial advisers.

It heard the FPA had refused advice to discipline Sam Henderson, a celebrity financial adviser who had allegedly impersonated a client.

Mr Henderson is alleged to have advised a client to switch superannuation funds, a move that would have cost her $500,000.

In October FPA investigator Mark Murphy said the FPA should “commence disciplinary proceedings … against Mr Henderson on the basis that he has a case to answer in respect of more than one allegation of breach”.

But the FPA continued to push for a negotiated settlement despite its own internal advice and has yet to impose penalties on Mr Henderson.

Counsel assisting the commission Rowena Orr described the FPA report on Mr Henderson as “quite damning”.

Ms McKenna asked to get details of the FPA investigation but was refused.

Eventually the FPA did come to an agreement with Mr Henderson over the issue. But that agreement did not address Ms McKenna’s concerns and simply called on Mr Henderson to pay back his membership dues to the organisation, train staff and review his practices in recommending investments.

The FPA also tried to protect Mr Henderson by asking that his name not be released when any settlement of the case is reached. It also asked the same of the royal commission, a request that was rejected.

Mr De Gori also agreed that on many occasions the FPA did not release the names of planners who had been sanctioned.

“How is it possible to hold members accountable for their misconduct if their identity is kept confidential when they are found to have breached the FPA’s codes and policies?” Ms Orr asked.

“The professional accountability looks at a number of measures to try and ensure that conduct can be corrected as well as sanctioned accordingly … we don’t have that right to take away someone’s licence but we do have the opportunity to educate and to change and influence conduct and behaviour … part of that engagement or motivation is that their names are not published as a result of that,” Mr De Gori replied.

The FPA has since reviewed the complaints and its earlier offers to Mr Henderson and its CEO Dante De Gori told the commission that it would make a binding finding.

“It must be imminent,” Mr De Gori said.

He also said that a number of planners whose licenses to operate had been withdrawn by ASIC over misconduct had continued to be members of the organisation.

“Did the licensees of any of those people report their concerns about them to the FPA?” Ms Orr asked.

Witness collapses in the box at the banking royal commission