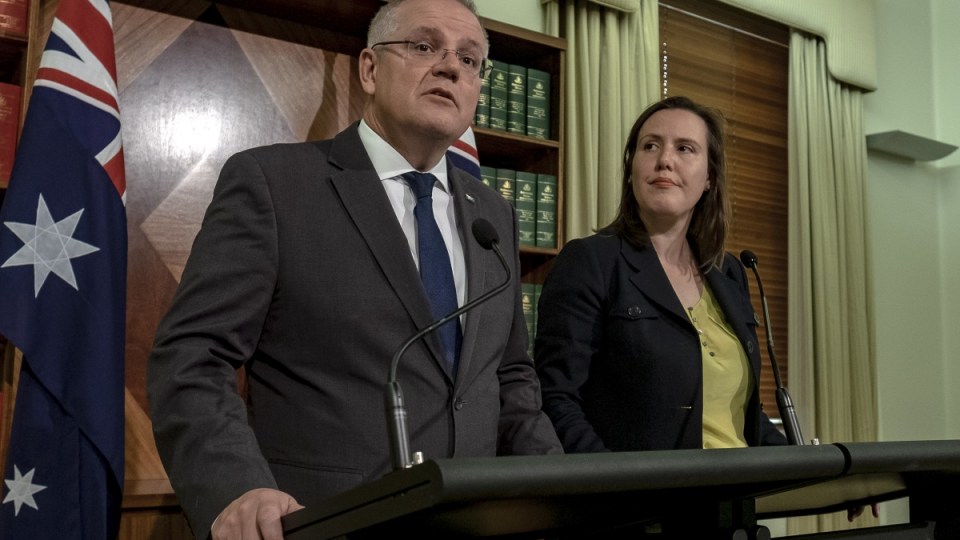 Treasurer Scott Morrison said the measures were not a response to royal commission revelations. Photo: AAP

The government has announced stiff new penalties for individuals and businesses found guilty of financial crimes, including longer prison sentences and higher fines.

The new measures also significantly increase the powers of the corporate watchdog ASIC.

Announced by Treasurer Scott Morrison on Friday, the new measures came at the end of a week of explosive revelations at banking royal commission hearings in Melbourne.

The most serious revelations included the charging of clients for advice they had not received and, in AMP’s case, lying to ASIC about it.

The revelations resulted in the dramatic resignation of AMP chief executive Craig Meller on Friday morning.

Speaking just after news of Mr Meller’s resignation, Mr Morrison said individuals found guilty of the most serious breaches of the Corporation Act would now face a maximum of 10 years imprisonment.

They would also face maximum fines of either $945,000 or three times the benefit they have received as a result of their misconduct, he said.

For corporations, the most serious breaches would attract a fine of up to $9.45 million, three times the benefits, or 10 per cent of annual turnover.

Similar changes will be made to maximum fines in civil penalties.

While the announcement appeared to be timed to coincide with the events at the royal commission, Mr Morrison said the hardline new penalties had been in the works for some time, and were not directly related to the damning evidence aired this week.

“The punishment must always fit the crime and we must not forget that these are not victimless crimes,” Mr Morrison told reporters in Melbourne.

However, he urged Australians not to panic, insisting Australia’s banking and finance sector remained strong.

He said Australians would continue to be “deeply disturbed” by misconduct unearthed by the commission, but stressed the difference between the stability of the system and culture of organisations.

“What [Australians] are really questioning – and I think rightly – goes to issues of behaviour and culture, which are things which we as a government have been seeking to address now for some years,” he said.

Mr Morrison said the government needed to be careful not to commit “economic self-harm”.

“As disturbing and distressing as these things are, we need to ensure that our responses are well-considered, as what we’re announcing today has been well-considered over a long period of time,” he said.

The new measures in more detail

Financial Services Minister Kelly O’Dwyer said the reforms represented the most significant increases to some maximum civil penalties in decades.

The proposed changes come out of an ASIC task force established in 2016.

The government agreed to all 50 task force recommendations and will implement 30 of them.

This includes increasing the maximum penalty for 19 of some of the most serious offences to 10 years’ imprisonment for individuals and 45,000 penalty units or $9.45 million for corporations.

A further 43 offences will be subject to increases in jail terms.

People who continue to manage corporations after being disqualified will be jailed for five years instead of one, and those who provide false or misleading information to ASIC will face five years in prison.