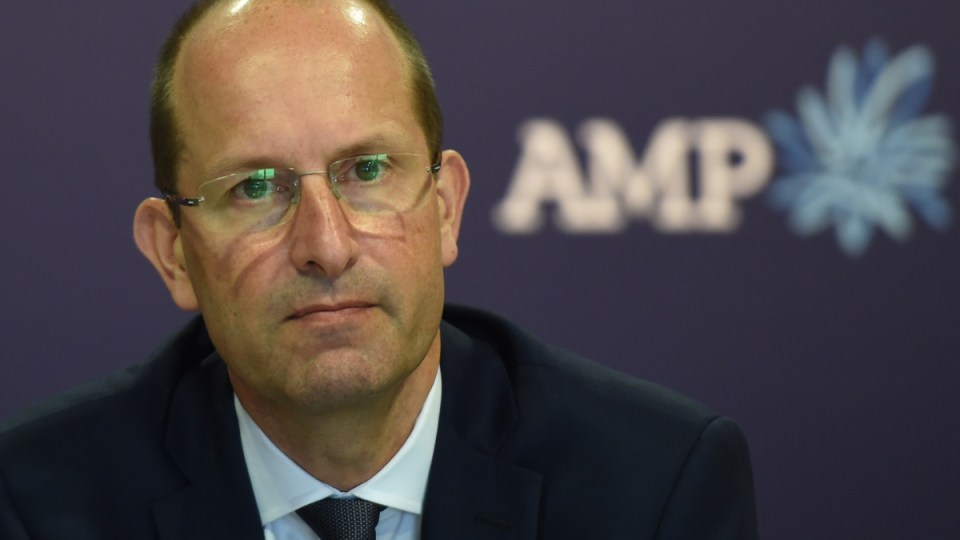 The banking royal commission has taken its first scalp with the dramatic resignation of one of Australia’s top business people, AMP chief executive Craig Meller.

Mr Meller announced on Friday morning he would be resigning with immediate effect days after shocking revelations emerged that AMP had been charging customers for services they were not receiving, and repeatedly lying to the regulator about it.

Making the announcement, the wealth management and insurance giant apologised “unreservedly” for the scandals heard at the royal commission.

Mr Meller, who had been due to retire at the end of the year, said he was “personally devastated” by the issues uncovered and the impact on customers.

However, he insisted he did not know about the behaviour but acknowledged that he was ultimately responsible.

“[A]s they occurred during my tenure as CEO, I believe that stepping down as CEO is an appropriate measure to begin the work that needs to be done to restore public and regulatory trust in AMP,” Mr Meller said.

The wealth management giant’s share price has been in freefall all week following the airing of the company’s behaviour, prompting the board to act quickly.

AMP said Mr Meller’s departure was a joint decision between himself and the board.

Mr Meller will be replaced temporarily by Mike Wilkins, a director on the AMP board and a former chief executive of fellow insurer IAG, while the company looks for a permanent replacement.

Among other measures, the company said it would call an “immediate, comprehensive review of AMP’s regulatory reporting and governance” in response to the revelations.

“This work will be overseen by a retired judge or equivalent independent expert who will be appointed imminently,” the firm said in the statement on Friday.

The revelations, which emerged on Monday and Tuesday, drew universal outrage, with all sides of politics unreservedly condemning AMP’s actions.

“They [AMP] have said that they basically charged people for services they didn’t provide and they have admitted to statements that were misleading to ASIC and to their own customers, and this is deeply distressing,” the Treasurer said on Wednesday.

“This type of behaviour can attract penalties which include jail time. That’s how serious these things are.”

“At the end of the day, the boards of these organisations are the custodians, really, of the governance, and I am sure that that will have plenty of attention, as the commission carries on its important work.”

“It is needed desperately and it is needed urgently, and furthermore we cannot continue with Australia’s major financial institutions behaving in the manner that has been exposed already in the royal commission.”

Former deputy prime minister and Nationals MP Barnaby Joyce, who like the majority of the Liberal Party had initially opposed a royal commission, backtracked on Thursday, calling the revelations “beyond disturbing”.

“The banks appear to have blatantly taken the support of government as the reason they can do what they like,” he said in a statement.

“They should consider whether they should be in the financial planning business after the evidence delivered. It appears from evidence to be too much of a conflict of interest and a temptation for them,” he said.