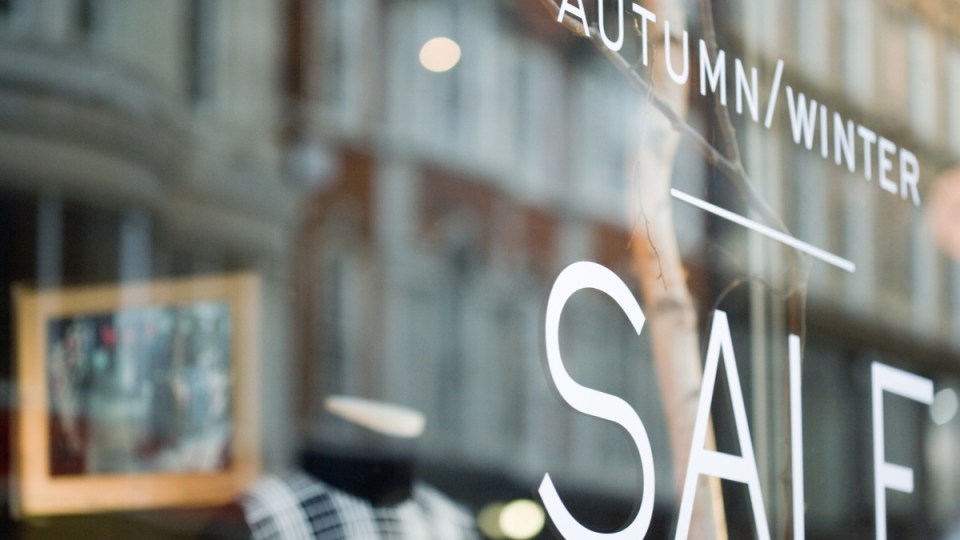 Retail sales enjoyed a solid start to 2018, but there may be a slowdown next month. Photo: Getty

If you think it’s been unseasonably warm across southern Australia this autumn – you’d be right.

So spare a thought for retailers, for whom the unusual weather is having a massive financial impact.

“Everybody is saying ‘isn’t this weather amazing’ – I’m saying ‘no we want some cold weather it’s not amazing at all’,” said Anita Carmody, the owner of Swish Plus Fashion, a chain of nine retail stores.

Winter stock has been out on the floor since February and few people are buying.

“The biggest impact is not as many customers walking into most of our stores at the moment.

“The consistent heat doesn’t encourage people to go out and buy a winter wardrobe.”

While online sales have been steady, instore figures have fallen by almost 10 per cent on last year, Ms Carmody said.

Not looking good for March

“It’s across the board, clothing and footwear. You’ve also got retailers with heaters coming in and electric blankets,” Russell Zimmerman from the Australian Retailers Association said.

“They’re expecting to sell that for winter and they can’t.”

After a positive start to retail sales this year – up 0.6 per cent in February – the slowdown doesn’t bode well for March and April.

“That’s symptomatic of when you’ve got a situation when you’re not selling stock as quickly as you like.”

“When the introduction of the winter stock came into Myer in particular, within the first week they had 20 per cent off their woollen garments,” Judy Wawszkowicz, the owner of Lola’s Boutique in western Sydney, said.

“We just can’t compete with that.”

The boutique has $20,000 worth of winter stock on the floor, but many shoppers are still asking for summer clothes.

However, buying more summer stock to meet demand isn’t an option as the lead time for orders is a year.

“This is the worst winter I’ve experienced,” Ms Wawszkowicz said.

“I get extremely worried because I’m looking at the boxes in the storeroom of unpacked stock.

“Each day it passes it’s 30 degrees it’s another lost opportunity.”

All retailers can do for now is wish for a rainy day.