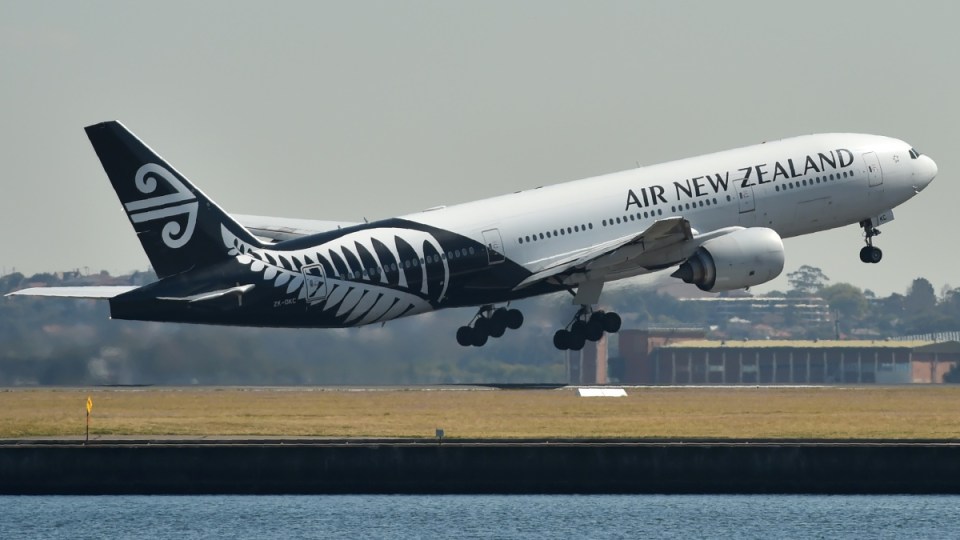 Singapore Airlines has been named the world’s best airline, topping off a new top 10 list by travel site TripAdvisor in which Australia’s national carrier Qantas is notably absent.

Qantas’ poor showing will give our friends across the ditch cause to gloat: Air New Zealand came in an impressive second on the list, in a survey that took into account the opinions of tens of thousands of ordinary consumers.

Unlike Qantas, which was privatised by the federal government in the 1990s, Air New Zealand continues to be majority-owned by the New Zealand government.

If TripAdvisor’s survey is anything to go by, government ownership seems to be working in airlines’ favour: the top three airlines on the list are all majority-owned by their respective governments.

No.3 on the list was Emirates, Dubai’s wholly state-owned carrier. Singapore Airlines is majority-owned by the Singapore government.

That said, of the remaining seven on the list, all but one were privately owned. 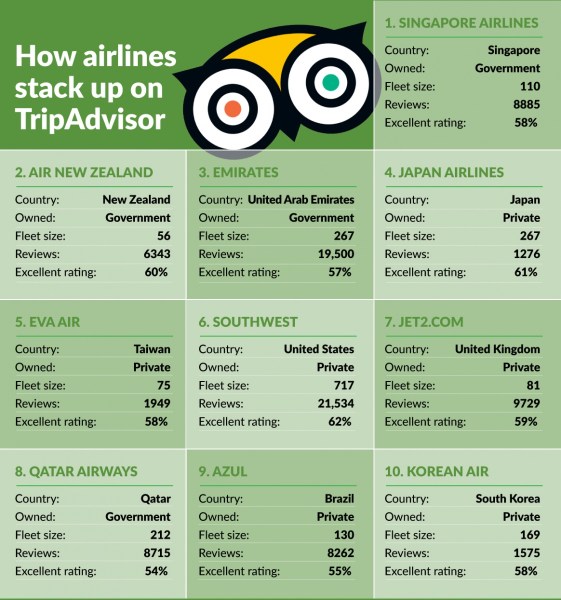 “Award winners were determined using an algorithm that took into account the quantity and quality of airline reviews and ratings submitted by travellers worldwide, over a 12-month period on TripAdvisor Flights,” TripAdvisor said.

So, is it reliable?

Assuming the reviewers are telling the truth, Singapore Airlines’ performance is a pretty resoundingly positive assessment.

Qantas did significantly worse. Just 39 per cent of its 9068 reviews gave the Australian national carrier an ‘excellent’ rating, compared to Air New Zealand’s 60 per cent.

However, the vetting process for reviews does not appear to be particularly stringent. Fake reviews can easily be posted on the site because TripAdvisor does not carry out any checks to make sure the reviewer has actually travelled on the airline.

The relative simplicity of posting not just fake reviews, but even fake businesses on TripAdvisor was exposed in spectacular fashion last year when a London resident listed a fake restaurant, dubbed ‘The Shed’, on the site. It quickly become the top-rated restaurant in London.

The restaurant was literally a shed in the man’s garden in the London suburb of Dulwich, as the following clip from British satirical news panel show Have I Got News for You explains.

TripAdvisor claims it has systems in place that can spot fraudulent posts by businesses trying to boost their own businesses, or harm competitors.

It doesn’t explain what these processes are, because it says to do so would help the fraudsters get around them.

“Unfortunately, we can’t tell you exactly how we do it, since that might offer potential offenders a roadmap to subvert our system,” TripAdvisor states on its website.
“We can tell you that we dedicate significant time and resources ensuring that the content on TripAdvisor reflects the real experiences of real travellers.”