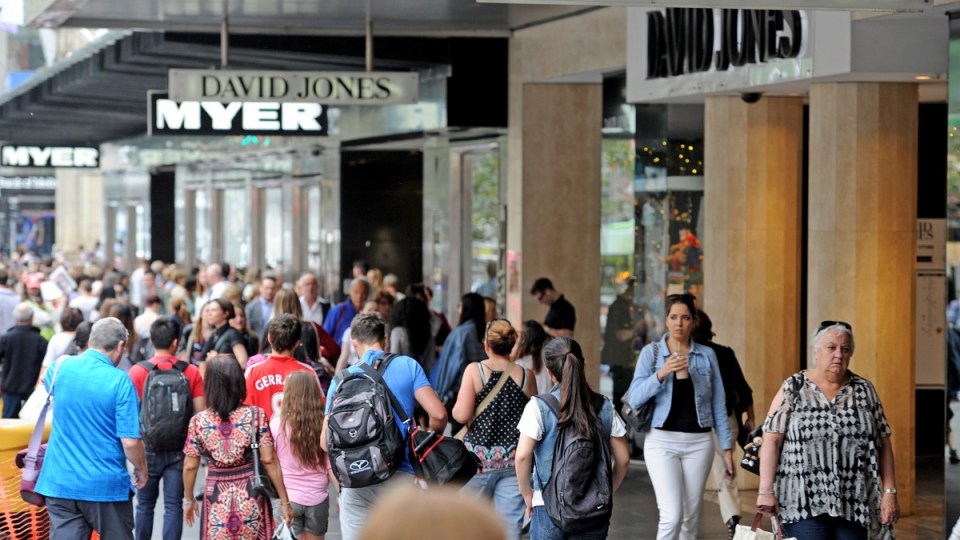 The report, which appeared in The Australian on Friday morning, was immediately denied by David Jones’ South African owners, Woolworths Holdings Limited (WHL).

“These rumours have no basis. We are not considering an acquisition of Myer and there have been no discussions regarding an acquisition with advisers or between the two companies,” a spokesperson for WHL, which has no connection the Australian supermarket of the same name, said.

But despite the categorical nature of WHL’s denials, investors continue to give the rumours credence.

Myer’s performance has been on a downward trajectory ever since it was split from Coles Myer and listed on the ASX as its own entity in 2009.

Over the last year alone, Myer has lost more than two thirds of its value. One share is now worth just 37 per cent, compared to $1.20 this time last year, and $3.05 when it was listed on the share market nine years ago.

Like Myer, in the five years leading up to the WHL acquisition in 2014, David Jones saw its share price pummelled.

In late 2009 one David Jones share was worth almost $5.80. Three years later it had fallen to just over $2, only to pick up when WHL bid to buy the company in 2014 for well above market value.

David Jones has proved to be a drag on WHL’s profitability, and last year the company wrote down the value of David Jones by more than $700 million.

Despite the fact both Myer and David Jones have performed poorly,  analysts say a merger of David Jones and Myer could actually improve profitability for the South African owner.

Myer declined to comment on rumours it had been in discussions with WHL about a possible takeover.