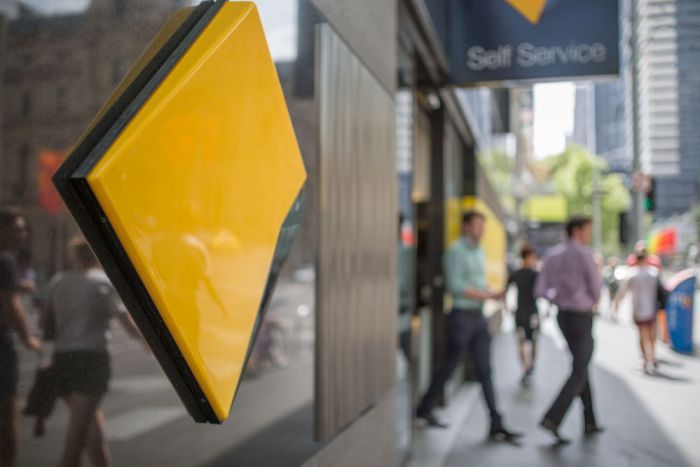 The Commonwealth Bank has warned retail staff to prepare for an uncomfortable week. Photo: ABC

The incoming chief of the Commonwealth Bank is expecting such an uncomfortable and confronting week at the royal commission he has written an email warning 14,000 of his retail staff to prepare.

“There will be cases highlighted next week where customers have been treated unfairly by us,” Matt Comyn wrote.

“In many cases, our actions have had a significant impact on the financial and emotional wellbeing of our customers. This is unacceptable.”

In the brief email, that repeated the messages of other bank bosses who wrote to their staff ahead of the royal commission’s hearings, Mr Comyn addressed the bank’s short comings and pledged to make good.

“Where we have made mistakes we must and will take responsibility for them, we will make things right for our customers, and not repeat the same mistakes,” he said.

“We will exceed our regulatory and compliance obligations, and enhance the financial wellbeing of every single customer we serve.”

However, in the first week of hearings Commonwealth Bank was skewered by Commissioner Kenneth Hayne and counsel assisting Rowena Orr QC for first handing in an incomplete submission to the commission, and then flooding it with meaningless spreadsheets.

So the bank has a way to go to start exceeding regulatory and compliance obligations, which Mr Comyn pointed out.

“Unfortunately, as we heard on Tuesday, our first submissions did not meet the commission’s expectations,” he wrote.

“This was never our intention and we will resubmit our information as soon as possible and ensure we have fully met the requests of the commission.”

Mr Comyn, who is currently the head of retail banking and takes over from Ian Narev as CEO in three weeks, said the bank would work to make sure it did not fall short of the commission’s expectations again.

“Together, we will make our bank better, and one we can all continue to be proud of,” he wrote.

The ABC understands the Commonwealth Bank will have several people at the hearing to support the boss of retail products, Clive van Horen, who will be under the intense questioning of Ms Orr on Monday afternoon.

Mr van Horen will follow ANZ’s boss of home loans and lending practices, Will Ranken, in the stand.

Several executives at the major banks have expressed surprise and concern to the ABC at just how forensic the hearings have been so far, and some have commented that extra work was being done to prepare those giving testimony.

An astonishing first week of hearings that revealed a tailor pushing $122 million in home loans, gym owners assessing peoples’ finances, paper envelopes filled with cash bribes, and a bank chief executive admitting his own customers were getting a raw deal has set a high bar — and one that consumer advocates hope will be replicated.