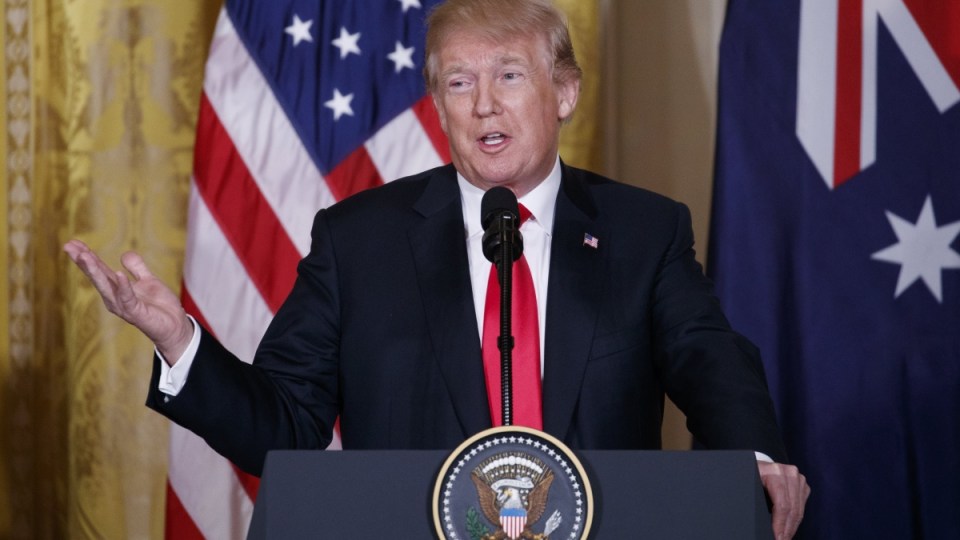 The cost of crucial medications in Australia could skyrocket if Donald Trump rejoins the TPP. Photo: EPA

Longstanding fears that the Trans-Pacific Partnership (TPP) would send the costs of crucial medications skyrocketing in Australia appear to be unfounded – at least for now.

And it all rests in the hands of Donald Trump.

After years of negotiations, 11 countries including Australia finally signed the TPP international trade agreement  in Chile on Friday morning (AEDT).

But they did so without the United States, which pulled out of the agreement after opposition from certain US industries and from Congress.

President Trump signed off on the country’s withdrawal from the negotiations on his first day in office.

Australia’s pharmaceutical sector – and at least one million Australians – breathed a sigh of relief at the US government’s withdrawal, as the original agreement had contained provisions which could delay Australia’s access to cheaper versions of expensive cancer and immunotherapy treatments.

Under these provisions, if a US company created a drug and introduced it to the Australian market, Australian companies would need to wait at least eight years before they could make their own and cheaper version of the same drug.

As it stands, there is only a five-year delay before Australians can access these drugs at more affordable prices.

This would impact about 100 different drugs, including those used to treat rheumatoid arthritis, cancer, diabetes and autoimmune diseases.

About one million Australians access these medications, according to the most recent Pharmaceutical Benefits Scheme (PBS) data.

As long as the US remains outside the TPP these old provisions will not come into play as no other countries requested them.

However, if the US were ever to rejoin the TPP, Australia would once again be exposed to these problems regarding affordability of medicines.

As recently as last month, US Treasury Secretary Steve Mnuchin indicated that Mr Trump is now open to rejoining the TPP and is “willing to negotiate”.

The Public Health Association of Australia’s Dr Deborah Gleeson said if the US returns to the TPP, Australia could forgo “tens to hundreds of millions” to the PBS that would have been saved had cheaper versions of the drugs been available.

“For medicines that are subsidised through the PBS, any additional cost will be borne by taxpayers,” she told The New Daily.

“But there is a potential risk that if the cost of the PBS blows out over time, as more expensive biologics are listed, co-payments for consumers could be increased to help cover the costs.”

She added she would not be surprised that if the US decides to rejoin the TPP, the current demands for an eight-year delay could be raised even further to 12 years.

She said one example, Keytruda – a drug used to treat advanced skin cancer – cost Australian consumers $150,000 for a year’s treatment before it became available on the PBS.

Dr Hazel V J Moir, who has a research interest in international trade agreements, said Australians “should be worried”.

“[This] again lowers the already very low standard for granting a patent, so the pharmaceutical industry will find it even easier to use the patent system to delay the entry of generic medicines,” she said.

“This can add billions to the cost of the PBS.”

Another concern that may be realised with the signing of the TPP is an allowance for alcohol companies to potentially mask warning labels.

Dr Gleeson said the TPP rules would enable companies that make wine and spirits to hide any mandatory warning label on the container.

“It allows suppliers to place warning labels on ‘supplementary labels’ which could mean anywhere on the container besides the main label – on the lid, base, neck or back of the bottle,” she said.

“We know that for any health warning to be effective that it needs to be displayed – like on cigarette packs – prominently on the front of a product with both text and pictures.

“I don’t think this could prevent governments from saying where warning labels should go, but the alcohol industry could use these rules to deter governments from mandating effective health warnings.”