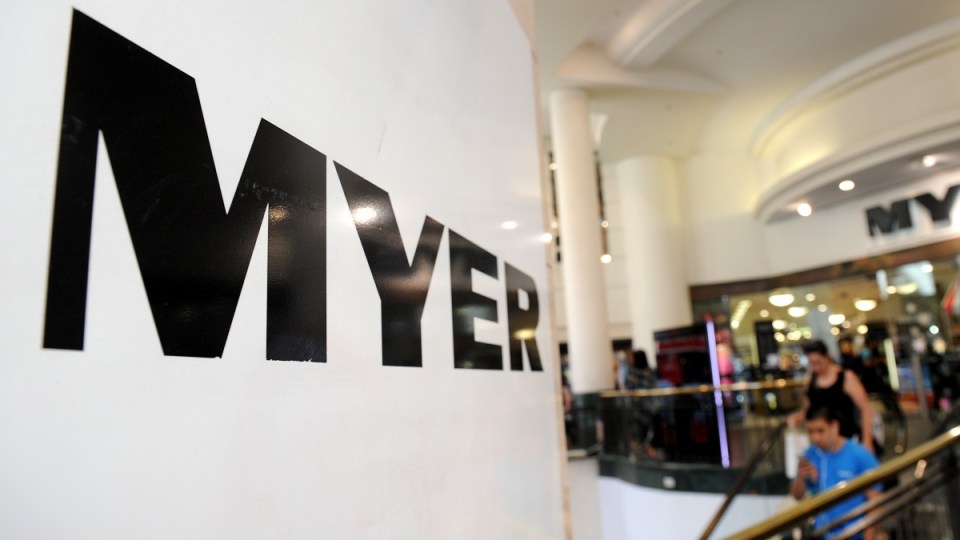 10 per cent was knocked of the Myer share price on Friday. AAP

Solomon Lew is calling on fellow Myer shareholders to “save the company” with a board spill after shares in the troubled retailer plummeted to a fresh all-time low on the back of its latest profit warning.

Shares in the department store chain fell 10 per cent on Friday after it warned it could not foresee an end to the gloomy trading conditions that led to a steep drop in January sales and the need for more write-downs with next month’s first-half results.

Sales fell by 6.5 per cent in the key January trading period, pushing total first-half sales down 3.6 per cent and prompting Myer’s largest shareholder to renew calls for a total board overhaul.

Mr Lew’s Premier Investments, which took a 10.8 per cent stake in March 2017, called the market update “disastrous” and evidence of an accelerating decline.

“Myer is now in peril and shareholders must urgently unite to save the company and what is left of our investments,” Premier said in a statement.

“Premier will caucus with other significant shareholders in order to reconstitute the entire Myer board.”

Retail veteran Mr Lew has been a constant critic of Myer’s board since buying a stake long perceived as a foothold for a takeover.

Earlier this week Premier had already agitated for an extraordinary general meeting to oust the board and install a board comprised of a majority of independent directors.

Myer said on Friday it now expects net profit of between $37 million and $41 million – down from $62.8 million a year earlier – when it reports its first-half results on March 21.

But that excludes impairments the size of which it is still calculating.

“Myer is currently undertaking an impairment assessment of the carrying values of assets on the balance sheet,” Myer said in a statement to the ASX.

“Impairment indicators are in place, including the recent trading results, and we anticipate that there will be a non-cash impairment charge to be taken at the first-half 2018 result.”

Myer has in the past six months announced stores closures, shed jobs and written down various investments as chief executive Richard Umbers’ turnaround strategy struggles to gain traction against a backdrop of sluggish consumer activity and increased competition.

Myer on Friday said the uncertainty over the writedowns and trading conditions meant it cannot offer any full-year profit guidance.

Chairman Garry Hounsell acknowledged that shareholders would be disappointed by the performance and that he is continuing a review of all aspects of the business.