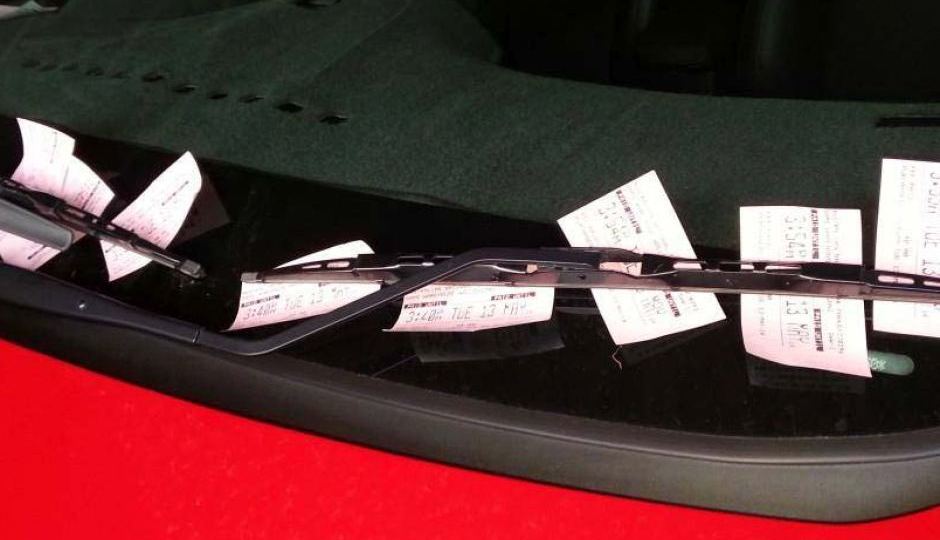 Lawyers demanding payment from drivers who overstay time limits in shopping centre car parks are operating in a grey area that is unlikely to be upheld in court, a legal expert has said.

Drivers in Queensland and Victoria have told the ABC demands for more than $70 are regularly placed on vehicles in car parks with no clear signage on time limits, or before the set time limit was up.

Others said they had been pursued by lawyers demanding payment and threatening court action.

A woman in Toowoomba, west of Brisbane, said she was pursued for money by a car park operator because her ticket was displayed “upside down”.

Carparking companies argued the system was crucial to prevent drivers staying too long on private land, but a legal expert said payment demands were often too high when measured against the infringement.

Steve Spalding from Queensland motoring lobby group the RACQ said it supported the penalty system if terms and conditions were made clear to drivers.

“If you didn’t comply with the parking conditions, you should expect to have to be bound by those penalties,” he said.

“Motorists need to be absolutely clear on the conditions of parking in that location.

“Effectively a person is using someone else’s property. If someone parked their car on your front lawn you would get fairly agro about that unless you had given them permission to do that.”

After years of ignoring consistent warning letters, he said he had not paid them a cent.

“Unfortunately, most people cave to empty threats from solicitors and debt collectors because they just don’t know any better,” he said.

In a letter to ANCP lawyers, Mr Gleeson argued he was the owner of the car, but that there was no proof he was the driver.

“I am under no obligation to assist you in your slimy attempts to trick people out of their money,” he wrote.

In Toowoomba, several people have complained about a shopping centre car park also controlled by ANCP.

Toowoomba residents have reported finding $88 infringement notices on their cars, with some saying they found the notices upon returning to their cars before the allocated time limit.

Toowoomba resident Annemarie Stower said she believed she had to pay up, after she accidentally displayed her parking ticket upside down on her dashboard.

“My ticket was up the wrong way but I was under the hour — it was free time,” she said.

“I ended up sending a message to them [ANCP] explaining, but they still said we had to pay it.”

ANCP has not responded to the ABC’s requests for comment.

Another Queensland driver told the ABC he received a $77 ticket from Traffic Monitoring Services (TMS) last month, which manages a car park at the Big Top Shopping Centre at Maroochydore on the Sunshine Coast.

When the man refused to pay, lawyers for TMS sent a letter demanding $99 and threatening legal action if the ticket was not paid.

Who are the parking companies?

Of these, all but Prestige Parking are members of industry body Parking Australia, which runs an accreditation scheme to “stamp out rogue operators”.

In letters to customers obtained by the ABC, Woolworths previously defended its decision to use the company in “very few” of its car parks that were subject to “heavy abuse by commuters and local workers”.

But a Woolworths spokesperson said the supermarket chain cut ties with the company at its Preston store more than six months ago.

Aldi, which has also used Prestige Parking, declined to comment.

Queensland property lawyer Tim O’Dwyer said it was quite legal to issue a notice, based on the law of contracts.

He said car park companies argued anyone entering a car park had agreed to a contract [written in fine print on the car park sign] to stay for a certain amount of time or face a penalty.

“When you see the sign and you keep driving you are accepting the terms of that offer and you then create a contract between you and the car park operators,” he said.

But a Queensland Government website quoting Australian Consumer Law said car park rules could be considered unfair by a court if they “suggest a consumer who enters your car park has automatically agreed to your terms and conditions”.

Payment can be demanded from overstayers, but only government bodies and courts can issue a demand and call it a fine.

Mr O’Dwyer demands for payment were unlikely to end up in court.

“I’m not aware of anyone actually being sued by the parking company or the shopping centre,” he said.

“I suspect they’re probably working on the basis that people will be spooked and won’t do it again.”

Payment demands from shopping centre car parks ‘may be unenforceable’