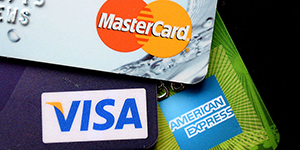 Credit cards are the most complained-about financial product in Australia.

The banking royal commission gets underway a week from Monday, and if consumers are anything to go by, there are two clear areas that it must focus on: credit and insurance.

Credit products – above all credit cards, but also home loans and personal loans – are easily the most complained-about products offered by the financials services industry, according to the Financial Ombudsman Service.

By the same measure, the second-most complained about product is insurance.

As the chart below shows, nothing – not bank deposits, not superannuation, not financial advice, not investment funds – comes close.

In fact, superannuation, which unlike insurance is explicitly listed in the terms of reference of the royal commission, does not even register in the FOS’s figures. 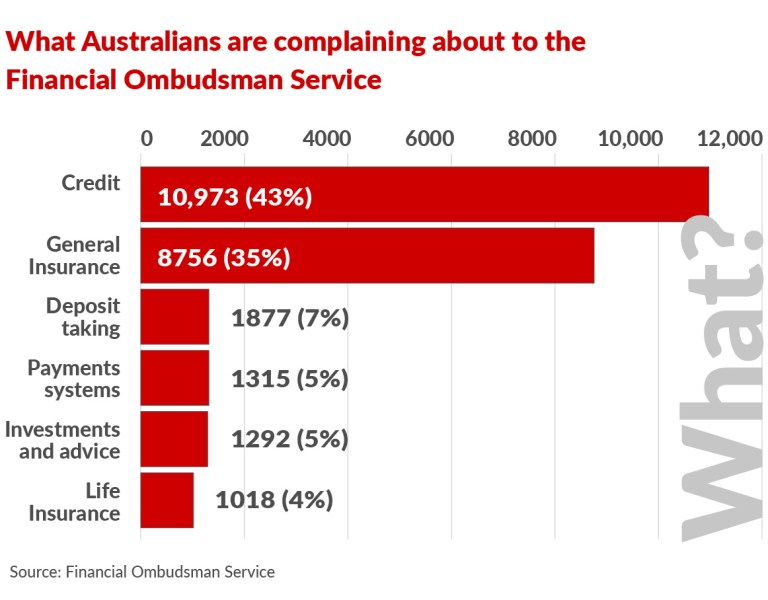 When it comes to the type of institutions we are complaining about, banks, lenders and insurance companies together account for more than 80 per cent of disputes.

And banks are way in front. 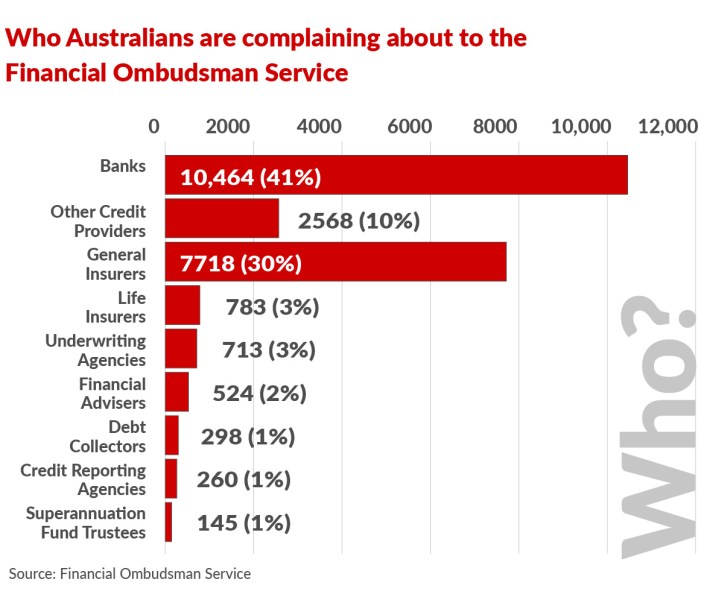 The FOS, a government-initiated body set up to resolve disputes between consumers and financial services providers, tells us that last year 43 per cent (10,973) of all the disputes it presided over related to credit-based products.

While a very small portion of that was business credit, the vast majority (nearly 90 per cent) of disputes related to consumer lending.

The number one disputed product was – surprise surprise – credit cards, accounting for 38 per cent of all disputes.

Home loans came in second, at 27 per cent, with personal loans (which include car loans) close behind at 21 per cent.

The number one reason for credit disputes was “financial difficulty” – ie people finding themselves unable to service their debt.

This picture was corroborated by the Consumer Action Law Centre, which in its recent submission to the royal commission listed “irresponsible lending” as the number one concern for the generally lower-income people it deals with.

“Poor lending practices in relation to credit cards are a significant issue,” the submission read.

Of the almost 9000 disputes over general insurance the FOS handled, 90 per cent related to domestic insurance.

Motor vehicle comprehensive insurance was number one at 33 per cent, followed by home building (30 per cent) and travel insurance (10 per cent).

When it came to life insurance, the majority of complaints (59 per cent) related to income stream cover – that is, insurance paid out to people who, through injury or ill health, are unable to work.

The group identified “exploitative advertising and marketing of direct life insurance” as an “area of high risk and concern for vulnerable consumers”.

The two key issues the banking royal commission must investigate