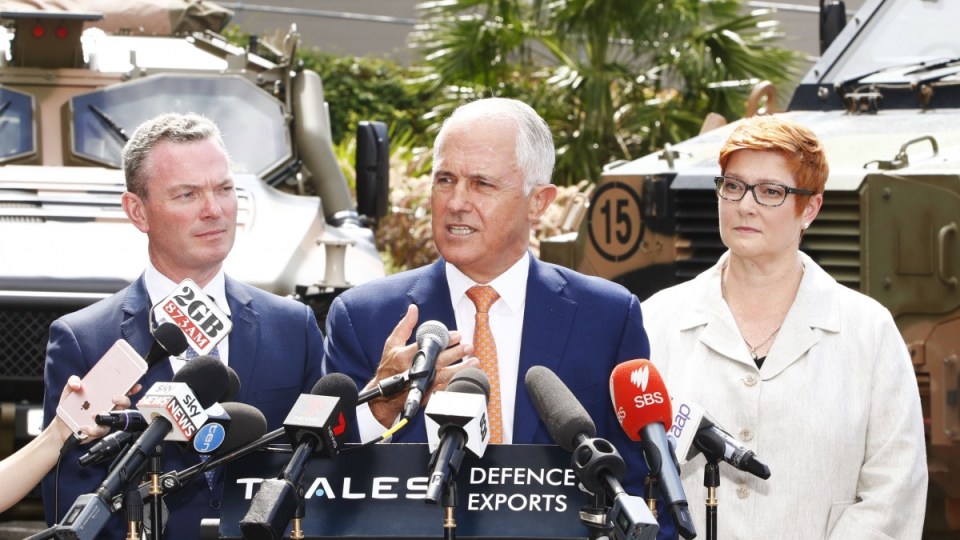 On Monday, Prime Minister Malcolm Turnbull unveiled plans to make Australia a major exporter of arms and other military equipment.

The plan, which included making $3.8 billion of government funding available to arms exporters, is intended to transform Australia into a top-10 global arms exporter (we currently sit at No.20, exporting between $1.5 billion and $2.5 billion worth of arms a year).

The plan received bipartisan support, but also plenty of criticism from anti-arms traders, as well as those who questioned why the government was willing to back the arms industry, but not industries such as renewable energy.

But morals aside, the announcement will likely have surprised many people who didn’t even know Australia had an arms industry to speak of.

With that in mind, we thought it worth putting a magnifying glass to Australia’s arms manufacturing industry to find out exactly what it is we make, and exactly who we sell it to.

What military equipment do we build?

In its 84-page report released on Monday, the government gave a snapshot of the domestic arms manufacturing industry.

So what do these two companies make?

If you’re looking to be outraged, the list is likely to disappoint. Cluster bombs, chemical weapons and machine guns are notably absent.

The mainstays of the Aussie arms industry appear to be ships, armoured vehicles and highly technical communication equipment.

Thales Australia manufactures equipment for the Australian Defence Force, but also exports up to $1.6 billion worth of equipment overseas every year. This includes submarine sonars, air traffic control systems and armoured vehicles.

Its most colourful export is the Bendigo-built ‘Bushmaster’, an intimidating-looking armoured truck. Thales also has plans to export its smaller Hawkei military vehicle (it’s currently used exclusively by the ADF).

Austal, meanwhile, is a military and commercial shipbuilder. Since it was founded 27 years ago, Austal says it has “designed and constructed in excess of 255 vessels for over 100 operators in 44 countries”.

Alongside its commercial and police patrol vessels, Austal manufactures six navy vehicles. Five of them are sold to the United States, and one – the Austal HSSV 72 – is sold to the Middle Eastern nation of Oman.

In the shadow of these two big producers, many Australian ‘sub-prime’ (i.e. not so big) businesses provide more niche services – an example being EM Solutions, which provides satellite communications equipment to Thales.

Another is Thomas Global, which builds electronic systems for military aircraft; and a third is Liferaft Systems Australia which, as the name suggests, specialises in “high quality marine evacuation systems” (i.e. life rafts).

Who do we sell it to?

Our four main trading export markets are, again, not particularly sensational, and notably Anglophone: the US, the UK, New Zealand and Canada. Together they make up 47 per cent of our exports.

The US is the biggest, which is hardly surprising considering its military budget is approximately equal to the rest of the world’s combined.

The UK’s presence on the list is also unsurprising, as it has the fourth-highest military budget in the world.

After these four countries, the biggest trading region is the Indo-Pacific, taking 26 per cent of our exports. Japan and South Korea, two of the wealthiest nations in the region, dominate.

South East Asia, India and Pacific island nations make up less of the trade – though the strategy paper states it wants to grow exports to these regions.

Europe, meanwhile, accounts for 21 per cent of Australian exports, and the Middle East just 4 per cent, with Israel the dominant trading partner in the latter region.

Saudi Arabia, the biggest importer of arms last year, did not make a mention in the paper.

Australia bids for a bigger piece of the global weapons trade