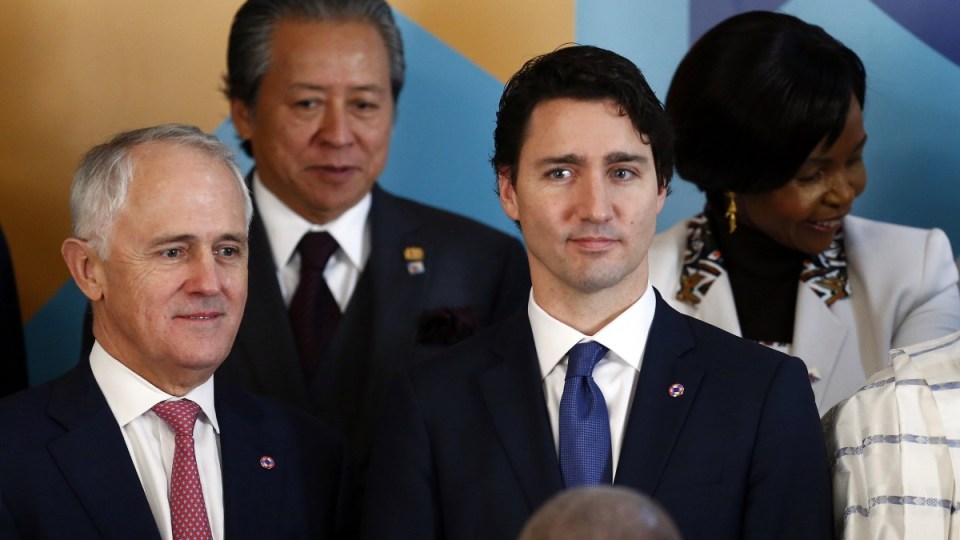 The Trans Pacific Partnership looks set to be signed in March, putting an end to years of wrangling, controversy and disappointment.

But the trade deal between 11 Pacific rim nations, including Australia, will go ahead without the United States, by far the biggest single economy involved in the original talks.

It will also go ahead with its most controversial element, the Investor State Dispute Settlements (ISDS) rule, intact.

The ISDS will make it easier for multinational corporations to sue  governments if they introduce policies perceived to harm those corporations’ business interests.

News that the TPP was finally going ahead came on Tuesday, when Canadian prime minister Justin Trudeau revealed his country would be signing the deal, putting an end to speculation it would not.

Assuming the deal is signed – and trade minister Steven Ciobo was quick to stress “it’s never a done deal until everyone’s ink’s drying” – it will be without the United States.

The Obama administration pulled the US out of talks in 2016 as a result of fierce opposition from domestic business interests, and President Donald Trump has been consistently hostile to the TPP.

Prime Minister Malcolm Turnbull said on Wednesday it was a “big deal” for the Australian economy.

The PM said he would encourage Mr Trump to change his mind when he visits Washington DC in coming months, but acknowledged it was unlikely in the short term.

Canada threw a spanner in the works at an APEC leaders summit in Vietnam last year, derailing efforts to finalise the deal.

But Ottawa has since been coaxed back to the fold following lobbying efforts by Tokyo and Canberra.

It now included an improved arrangement on autos with Japan and the suspension of certain intellectual property provisions, Canada’s trade minister said in a statement.

Trade Minister Steve Ciobo said the overall deal would eliminate 98 per cent of tariffs in a collective marketplace worth close to $14 trillion.

“It hasn’t been easy, but we’re finally at the finish line and Aussie businesses will be the big winners,” he said.

Mr Ciobo defended the inclusion of the ISDS in the deal, telling ABC that allowing companies to sue government’s did not mean they would be successful. He pointed to big tobacco failed action against plain packaging laws.

The deal in brief

There’s also a better deal for cheese and beef exports into Japan and new quotas for rice and wheat. Sugar producers will also have better access to markets in Japan, Canada and Mexico.

Australian business welcomed the deal, with Australian Industry Group chief executive Innes Willox saying: “It is confirmation that Australia has an important leadership role in fighting the wave of protectionism that jeopardises global growth.”

But Labor trade spokesman Jason Clare said the deal would suffer from the absence of the US.

“If you take America out of that, it makes a very big difference, like taking the sun out of the solar system,” he told ABC radio.

The opposition is seeking more information on what the agreement will mean for Australia.

“Hold the champagne – this zombie TPP may be new, but it’s anything but improved,” she said.

The TPP is going ahead, and not everyone in Australia is happy