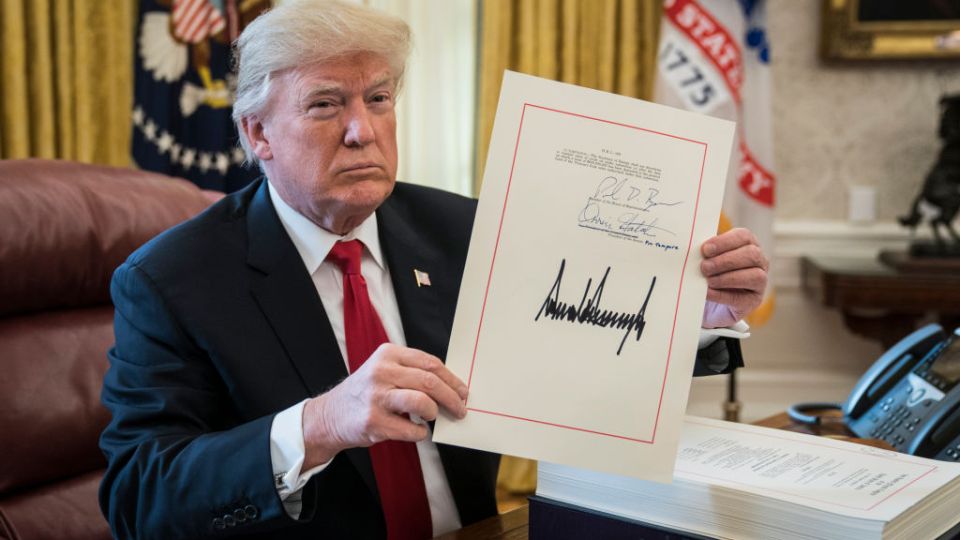 The IMF expects the US tax cuts to boost the global economy more than it earlier expected. Photo: Getty

The International Monetary Fund has delivered a rosy picture for global economic growth in 2018 and 2019, saying US tax cuts were likely to boost its economy and those of its major trading partners.

But the IMF added that US growth would likely start weakening after 2022 as temporary spending incentives brought about by the tax cuts began to peter out.

“Political leaders and policymakers must stay mindful that the current economic momentum reflects a confluence of factors that is unlikely to last for long,” Obstfeld told reporters at the World Economic Forum in Davos on Monday (European time).

He said economic gains from the tax cuts would be partially paid back later in the form of lower growth as temporary spending incentives expired, and as rising federal debt took a toll.

IMF managing director Christine Lagarde pointed to a “troubling” increase in debt levels across many countries and warned policymakers against complacency, saying now was the time to address structural deficiencies in their economies.

Mr Obstfeld said a sudden rise in interest rates could lead to questions about the debt sustainability of some countries and lead to a disruptive correction in “elevated” equity prices.

The tax package, the largest such overhaul since the 1980s, slashed the corporate rate from 35 per cent to 21 per cent and temporarily reduced the tax burden for most individuals as well.

Pointing to growth in the US and China, the IMF forecast global growth to 3.9 per cent for both 2018 and 2019, a 0.2 percentage point increase from its last update in October.

The IMF also revised up its growth forecasts for the euro area, especially for Germany, Italy and the Netherlands “reflecting the stronger momentum in domestic demand and higher external demand”.

Treasurer Scott Morrison seized on the forecasts to pushes for his own tax relief for Australian companies.

“The IMF report directly contradicts Labor’s assertions the United States’ cut to company tax would have no impact on the rate of global economic growth,” Mr Morrison said on Tuesday.

Labor frontbencher Brendan O’Connor played down the impact of US tax cuts on IMF forecasts as a “sugar hit”, saying the Trump administration’s tax plan would widen the gap between the rich and poor.

“The IMF’s forecasts over the year beyond the first year are lower than the forecasts that were in place even before the Trump plan to cut corporate taxes,” Mr O’Connor told Sky News.