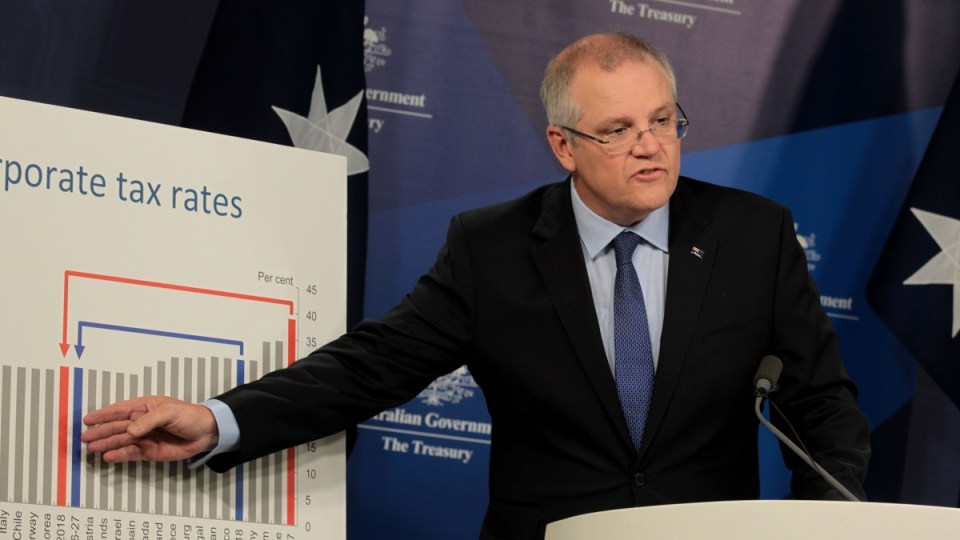 This week Treasurer Scott Morrison ramped up his calls for Labor to support a cut to the corporate tax rate, on the grounds that it would boost the wages and job opportunities of ordinary Australians.

Emboldened by events in the US, Mr Morrison claimed cutting the tax rate from 30 per cent to 25 per cent would create “stronger opportunities for wage growth and greater job security”.

That was the rhetoric. But if we look beyond the rhetoric to the facts, the immediate winners from a corporate tax cut would most definitely not be ordinary Australians.

Bizarrely, they wouldn’t even be Australian companies.

Rather, by Treasury’s own admission, the only immediate winners from the tax cuts would be foreign investors – and for very strange reasons.

Under current rules, foreign-owned companies operating in Australia are at a disadvantage to Australian-owned companies thanks to a weird thing called dividend imputations – better known as ‘franking credits’.

Once and for all, what the heck are franking credits?

They work like this: At the moment, Australian companies pay 30 per cent tax on their profits.

Most of those profits – on average around 67 per cent, according to the Reserve Bank of Australia – are paid back to shareholders.

If those shareholders are Australian taxpayers (as most are), they can then deduct that 30 per cent corporate tax from the income tax payable on the dividends.

And here’s the really juicy bit: if your rate was 0 per cent – as it is with retirees – the government would fully refund that 30 per cent tax.

What’s that got to do with ScoMo’s tax cuts?

The upshot of all this is that wholly-owned Australian companies, in a roundabout way, end up paying no corporation tax at all – at least none on the profits they return to domestic shareholders.

Foreign-owned companies on the other hand – that is, companies whose shareholders are not tax residents of Australia – pay the full 30 per cent (in theory, anyway).

This may seem like an obscure, complicated point, but it’s actually absolutely central to the rationale behind the Turnbull government’s proposed corporate tax cuts.

In 2016, Treasury produced a paper in which it examined the effects of lowering the company tax rate. This paper has since become the foundation for the Turnbull government’s policy.

In this 43-page document, Treasury addressed the issue of franking credits in the third paragraph of the first page.

A cut to the corporate tax rate would therefore only benefit foreign investors, because Australian investors receive a full corporation tax refund.

Treasury says granting concessions to foreign investors is a good thing, because “the most efficient way of deepening the capital stock for a small open economy is to encourage increased foreign investment”.

The hope is that a lower corporate tax rate would encourage more foreign investment, which would create more jobs and increase wages.

But that is all far in the future, and far from guaranteed.

In fact, based on Treasury’s own figures, the Grattan Institute estimates Australians will have to wait around 25 years for an increased income of just 0.6 per cent as a result of the tax cuts.

Meanwhile, as foreign-owned companies enjoy immediate tax benefits, Australia’s superannuants and retirees would see five percentage points shaved off their franking credits, and the government would have a multibillion-dollar hole in the budget to fill.