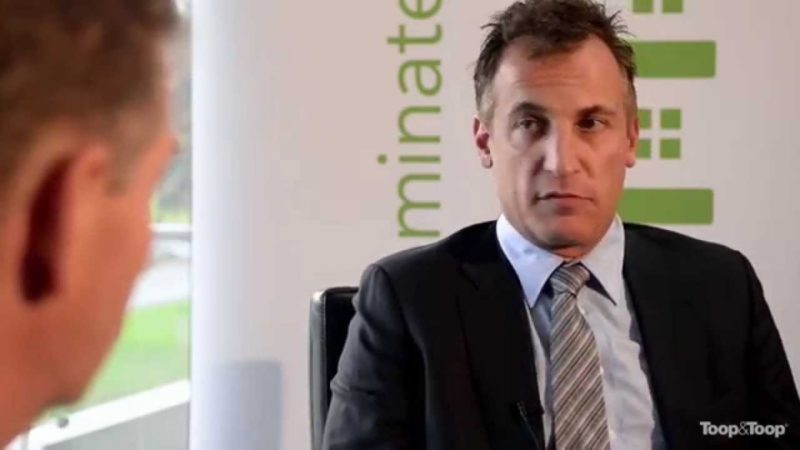 The shock resignation of Antony Catalano, the chief executive of the newly floated Domain property group, has rocked plans to use it to save its parent company, the struggling Fairfax Media, analysts say.

“Catalano was the basis of the float and a lot of value of Domain appears to be tied up with him,” said independent media analyst Peter Cox.

Property listings group Domain, which was spun out of Fairfax and listed last November, was slugged on the share market following the news of Mr Catalano jumping ship just after the float, with its share price falling 17.17 per cent, or 57c, to $2.75.

That is a record low for the company, which listed at $3.70 after Fairfax gave 40 per cent of it to shareholders for free to facilitate its listing.

Regulator ASIC said it would be looking at the circumstances around Mr Catalano’s resignation. A spokesman told The New Daily “we’ll be watching that space; the resignation of a CEO is a material event”.

Mr Catalano said he had decided to resign from the Sydney-based company for family reasons.

“It was becoming apparent that I needed to relocate to Sydney and that was something I wouldn’t ask my family to do,” he said.

“I understand and regret that the timing of this decision is unusually short from Domain’s listing.”

Mr Catalano’s resignation comes only days after a regulatory ban on him selling the shares in Fairfax Media, and consequently Domain lapsed on January 1.

Originally a long-time Fairfax journalist and advertising executive, Mr Catalano was retrenched in 2008 only to start a rival company aimed at the property advertising market.

Fairfax was forced to buy the company back for $107 million in the years following, after it took $20 million from its revenues. Mr Catalano, who took his payment in Fairfax shares, made about $25 million, and he is currently in the top-20 shareholder list of both companies owning about 5.6 million Fairfax shares.

He has been married three times and is a father of eight with a substantial property prortfolio including houses in Melbourne’s St Kilda West and Caulfied. He also owns the Watego’s resort in Byron Bay run by his eldest son.

His sudden exit comes just months after Mr Catalano gave assurances to would-be private equity buyers of Domain, TPG, that he would stay.

Gerald Delany, chairman of real estate group Kay & Burton and who backed Mr Catalano in launching his Metro Media Publishing competitor to Fairfax, told The New Daily “this comes as a surprise and I was not aware of his plans till it was announced”.

“The fact that he was pressured living in two places when he has a big extended family is not a surprise.”

News Corp business columnist Terry McCrann said in May: “Arguably, if there’d been no Catalano inside the Fairfax building these past dozen or so years, there’d be no Domain and either no Fairfax or at best a Fairfax worth in the hundreds of millions and not the $2.8 billion or so being offered.”

He is barred from competing with Domain for 12 months.