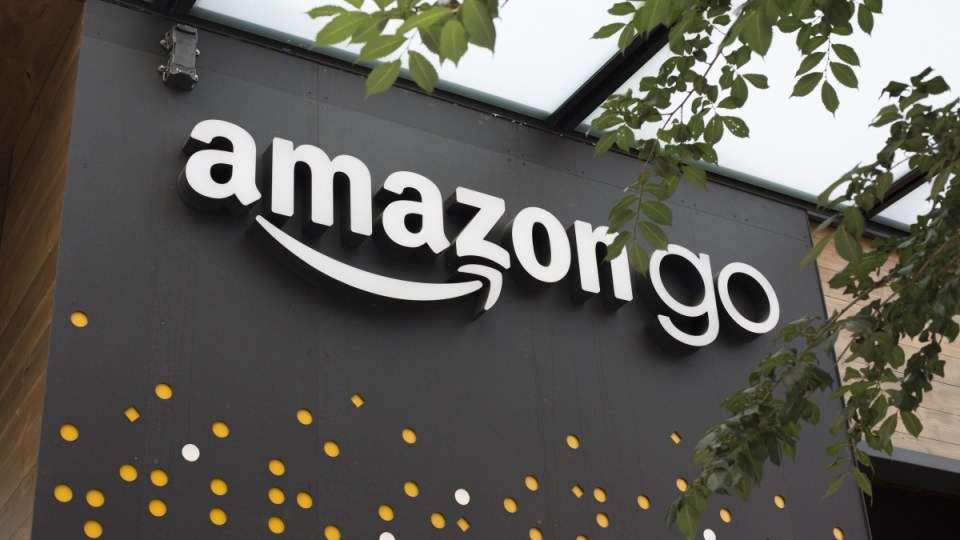 The technology behind Amazon Go making checkouts redundant is predicted to reach Australian stores in five to 10 years. Photo: Getty

Amazon has launched the world’s first checkout-free store, in what has been flagged as a glimpse into the future of grocery shopping.

One retail expert has predicted it will trigger a race between Coles and Woolworths to be the first Australian adopter of checkout-free technology.

In the absence of checkouts and self-serve counters, the inaugural Amazon Go store in Seattle, United States, uses sensors and hundreds of ceiling cameras to automatically track customers, and the items they pick up or return to shelves in a virtual shopping cart.

Shoppers are required to create an Amazon account and scan in via the Amazon Go mobile app as they enter the store.

They can then leave the store without making a physical transaction,  with the total fee charged directly to their account – eliminating the need to wait in checkout queues.

Food retailing and consumer behaviour expert Gary Mortimer told The New Daily he expects this kind of technology will be available in Australian stores in five to 10 years.

“People will be able to grab a coffee and some lunch without having to line up or fumble in their wallet for their credit card.

“Fuel and convenience retailers, like 7-Eleven, will be looking at this model – where people can drive in, fill up and leave without the need to keep cash on the premises. This would help drive crime at service stations down, too.

“But I think clothing and electronics retailers will continue to rely on sales reps with expertise giving their customers advice.”

Dr Mortimer said the nature of Amazon forcing customers to sign up to an account could also have a snowball effect on the e-commerce giant capturing new customers across its other platforms such as Amazon Prime.

Dr Louise Grimmer, a retailer researcher and lecturer in marketing at the University of Tasmania, said other large international grocery retailers such as Aldi would be closely monitoring how consumers respond to the new format.

She said bricks and mortar retailers will increasingly use technology to enhance their offering.

“I think Coles and Woolworths should be considering adopting this technology … it will be a matter of which retailer can adopt the technology first,” she said.

However, local supermarkets were reluctant to make any promises relating to the adoption of similar technology which would eliminate the need for checkouts in stores.

Woolworths told The New Daily it had no plans to consider trialling the technology “at this stage”.

A Coles spokeswoman was similarly tight-lipped.

Meanwhile, an Aldi spokesman said that based on customer feedback, its shoppers prefer face-to-face interactions at registers.

“When people are shopping in big groups, the technology is likely to get confused,” he said.

“And will everyone need to sign into the app, even if they are not the one in the group making the purchase?”

While there are no checkouts at Amazon Go, the e-commerce giant has not made staffing completely redundant.

It will have a kitchen team to store and prepare ingredients, as well as staff to stock shelves and help customers.

Amazon was contacted for comment but did not respond by deadline.