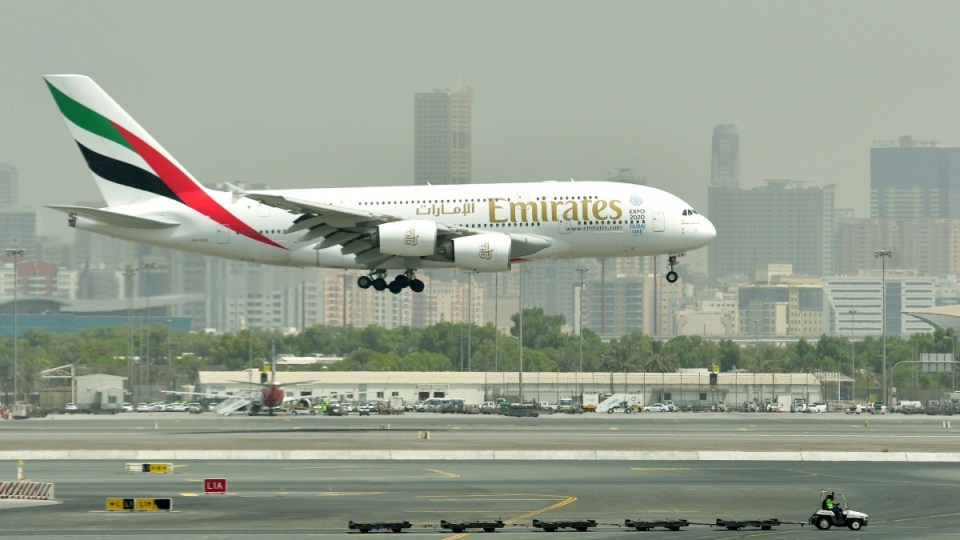 Emirates and Etihad deny they're talking about a merger to create the world's biggest carrier. Photo: Getty

The Airbus A380 superjumbo will remain in production for at least another 10 years, after Dubai-based airline Emirates signed a deal to purchase up to 36 new aircraft.

News of the $22 billion deal comes just days after Airbus warned it would have shut down production of the aircraft if it received no new orders in 2018.

The enormous A380, while a hit with the public, has proved difficult to sell, and until today had only taken a total of 317 orders since its launch in 2007. Half of those came from Emirates.

In 2017, Airbus did not take a single order for a new A380, and on Monday chief operating officer John Leahy warned if the firm didn’t receive at least six orders in 2018, production what have to cease.

Emirates singlehandedly kept production alive on Thursday when it committed to buying 20 new A380s, with the option of buying a further 16, in a deal worth as much as $US16 billion ($22 billion).

The agreement hands a lifeline to the slow-selling aircraft, in service for just 10 years, and rescues one of Europe’s most visible industrial symbols overseas.

Airbus shares rose more than 3 per cent after the announcement to touch a record high.

The deal ends months of tough-fought negotiations. Talks between Airbus and Emirates about a fresh A380 order broke down at the last minute at the Dubai Airshow in November, when the Gulf carrier placed an order for 40 smaller Boeing 787s.

Emirates and Airbus both said the deal would bring stability to the A380 production line.

Emirates has built much of its network and brand around the 544-seat A380 superjumbo but is also the world’s largest operator of twin-engined Boeing 777s which carry up to 400 people in their newest version now in development.

Emirates’ A380 fleet operates both Engine Alliance and Rolls-Royce engines. The airline said it was evaluating its engine options for the latest order.

Engine Alliance is co-owned by General Electric and Pratt & Whitney.

The agreement calls for Emirates to take six aircraft a year for a decade as Airbus looks for other A380 business, filling a gap in planned production, a person familiar with the deal said.

Analysts say Airbus was unlikely to break even on the A380 at such production levels, but that the losses would not make a big impact on the company’s accounts, which are dominated by sales of smaller jets worth tens of billions of dollars a year.

Airbus A380 superjumbo saved from extinction by Emirates