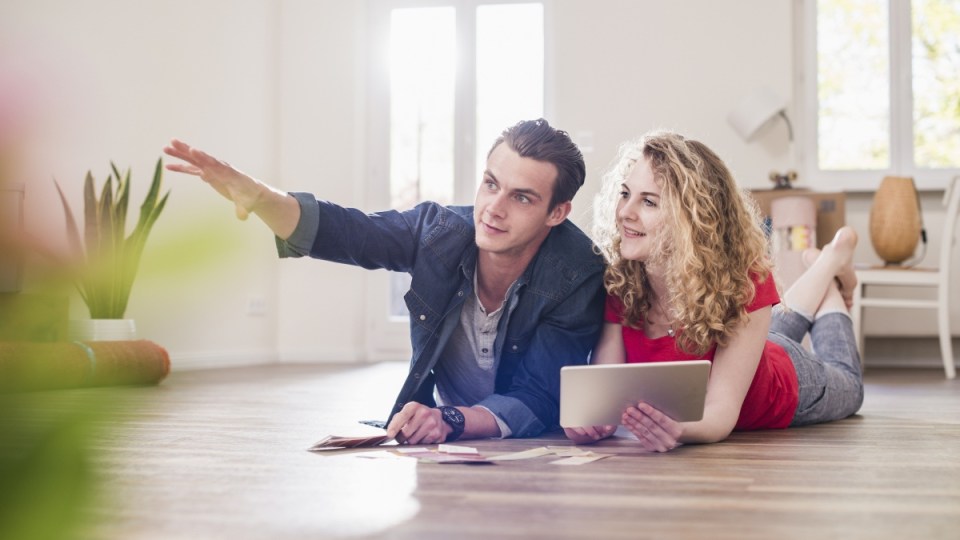 First home buyers are facing risks that were unknown a generation ago. Photo: Getty
analysis

A year is a long time in the property market, and for first home buyers things have turned around substantially.

The latest figures from the Bureau of Statistics show the percentage of mortgages going to first home buyers grew by a third in 2017, from 13.3 per cent last March to 17.6 per cent in November.

If there is a ‘normal’ percentage of FHBs in the market it would be a bit over 20 per cent, which was a fairly stable pattern before the housing boom started to take off from the turn of the millennium – as the chart below shows.

The recent increase in FHB activity is the result of a combination of factors.

Some capital city areas, particularly in Perth and Darwin, have seen substantial price falls. That, combined with still-low mortgage rates will have convinced some that this is the moment to ‘get on the ladder’.

Price falls have been assisted by the Australian Prudential Regulatory Authority’s tightening of lending standards in the investment property market, and the banks’ disproportionately large rate hikes for investor loans.

Add to that numerous state-level first home buyer grants and stamp duty concessions, and it’s easy for real estate agents to trot out the ‘never been a better time to buy’ line.

That, of course, isn’t true. The best time to buy was two decades ago before all this house price madness started – at the bottom, rather than at the peak.

But we are at the peak, which is worrying some economists.

Callam Pickering, economist for jobs site Indeed, tweeted on Thursday that: “First home buyers … continue to jump in. Lending to this segment has surged 42 per cent over the past year [by value, in trend terms], almost entirely offsetting the decline in investor activity. Has government policy tricked younger buyers into entering at the top of the market?”

It’s a good point, because while most people want to see FHBs better represented in the credit figures, nobody wants to see young home buyers losing their shirts – and possibly their homes.

In early generations, buying at a peak in the house price cycle wasn’t such a big deal. A home was seen as a decades-long investment that would appreciate in value, while all the while wage inflation would make monthly repayments less painful with every passing year.

When 30 years had elapsed under those conditions, who’d even remember if they had bought at the peak?

Now, the formula looks less certain. House prices appear to be turning in a one-off structural way – a partial and gradual return to a more normal relationship between wages and house prices.

At least, that’s what many people wanting to get into the market hope.

But for those taking the leap, there are two more things to think about.

‘Normal’ wage inflation is just not happening. Wage growth is at a 25-year low, and threatening to fall below the consumer price index rate of inflation.

Secondly, if you want to take the long view, there will be upward pressure on interest rates in the years ahead – already evident in global bond markets – which is likely to make monthly repayments feel more, not less, painful in relation to a borrower’s pay packet.

None of which is to say that young FHBs should give up and just not buy anything. There will always be pockets where properties are undervalued, and for some buyers the benefits they receive from home ownership will outweigh the risks.

Ultimately, of course, the solution to this conundrum must come from stronger pay rises across the economy.

And as the Australia Institute pointed out last year, there is ample scope for that – wages as a share of GDP are at record lows.

Correcting that imbalance would not only help more FHBs enter the market, but would help the bloated and distorted housing market inflate its way out of trouble – back to something previous generations of homebuyers might recognise as ‘normal’.