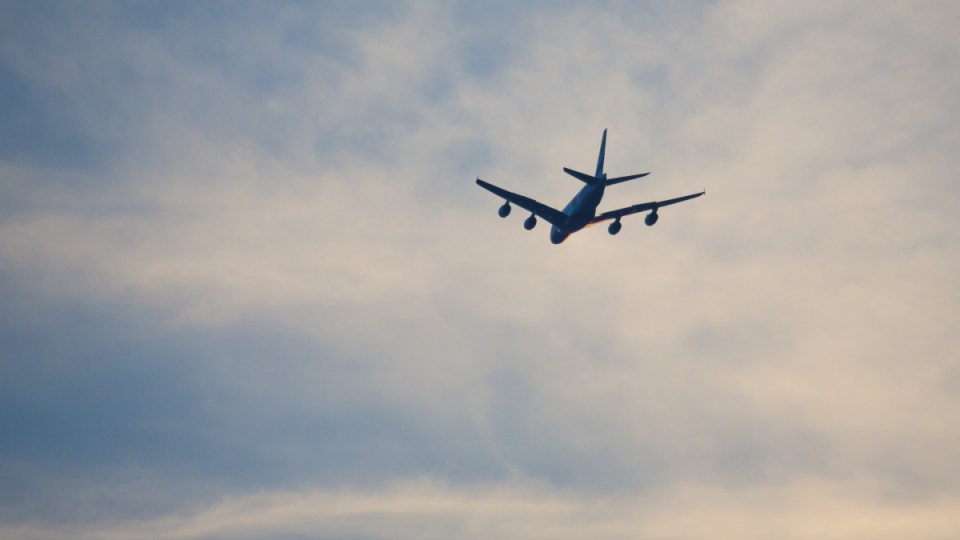 Production of the awesome superjumbo looks likely to cease. Getty

Aviation giant Airbus has warned it may have to cancel production of its iconic A380 ‘superjumbo’, after failing to sell a single aircraft in the whole of 2017.

The admission, made by Airbus’s chief operating officer John Leahy on Monday, comes after years of struggling to convince airlines the enormous aircraft is worth its $US445 million ($559 million) price tag and huge refuelling costs.

Mr Leahy said if Airbus doesn’t get at least six new orders for A380s in 2018, the company would have “no choice” but to pull the plug.

Launched in 2007, the A380 was pitched as the future of commercial air travel.

Its passenger capacity of at least 550 appeared to solve the problem of increasing consumer demand, which was far outpacing major airport capacity.

Its smooth, quiet travel experience and comparative spaciousness were an instant hit with passengers, while aviation enthusiasts loved it for its awesome size. The plane is so big it looks like it shouldn’t be able to fly.

But airlines have not shared this enthusiasm. More than 10 years on from its launch, its France-based manufacturer Airbus has taken just 317 orders for the aircraft.

Half of those orders have come from Dubai-based airline Emirates, which has ordered 140.

Over the years things have got consistently worse, and in 2017 Airbus didn’t take any orders at all.

“We’re still talking to Emirates, but quite honestly they’re probably the only one that has the ability right now in the market place to take a minimum of six a year for a period of eight to 10 years,” he told journalists on Monday.

Mr Leahy said he still believed the A380 was an aircraft “whose time will come”.

The Boeing 787 Dreamliner has emerged in recent years as the A380’s main competitor.

Since launching in 2011, US-based Boeing has sold 1294 Dreamliners.

In 2017, while Airbus failed to take a single order for an A380, Boeing took 94 orders for new Dreamliners.

As the graphic below shows, it is as fast as the A380 and has a similar range. 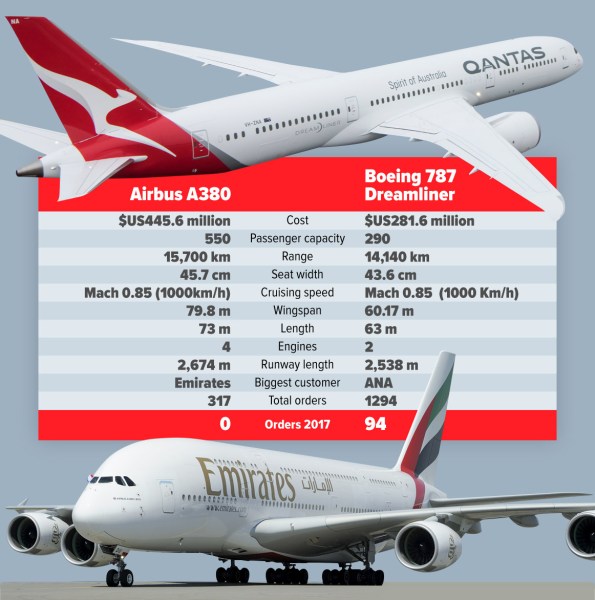 But Nick Tarrant, senior industry analyst with IBISWorld, told The New Daily the A380’s size was actually its biggest liability.

“Airlines are demonstrating a preference for a fleet of smaller aircraft that provide more flexibility to match capacity with in-demand routes,” he said.

Qantas has eight Dreamliners on order with final delivery expected by the end of the year, he said, adding that Air New Zealand had also purchased 11 Dreamliners since mid-2014.

“Major airlines are shifting away from the A380 for long-haul international flights to save on fuel costs, which increase in scale based on the length of the flight,” Mr Tarrant said.

He doubted Mr Leahy’s claim the A380s time would ever come.

“A bigger plane means that more seats need to be sold to remain profitable, which reduces flexibility and does not provide a long-term solution.”

Airbus warns it may cease production of iconic A380 superjumbo