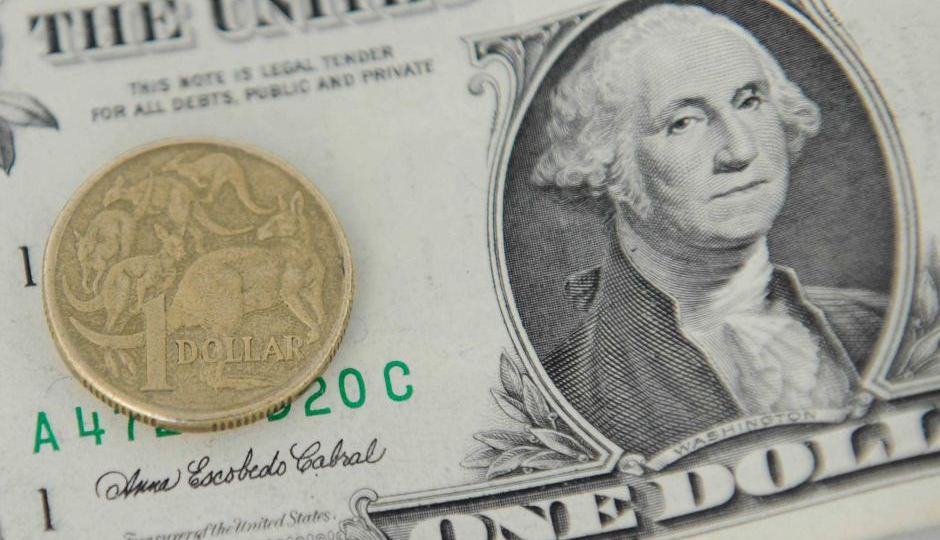 The Australian dollar is close to hitting the 80 US cents mark. Photo: AAP

As the US greenback weakens, the Australian dollar has continued to surge and might test the 80 US cents mark this week.

ASX futures fell 0.2 per cent — with European markets, which closed lower, providing a weak lead for the local bourse.

Most of the overnight action occurred in currency markets, as Wall Street investors took the day off for Martin Luther King Day.

Aussie dollar may rise with jobs

It has jumped by more than 6 per cent since early-December — and by around 2 per cent in the past fortnight.

Whether it rises further this week may depend on the jobs and unemployment figures, which the Bureau of Statistics will release on Thursday.

However, NAB’s forecast is more optimistic about jobs creation than the consensus view.

“NAB thinks there is upside risk to the consensus this month and is forecasting a bumper 35,000 on the back of strong forward indicators and favourable sampling characteristics.

“While we expect the unemployment rate to be unchanged at 5.4 per cent, the trend is firmly lower in 2018.”

One reason for the Australian dollar’s recent strength is that the US dollar index has fallen to a three-year low against a basket of currencies.

Meanwhile, the euro hit a three-year high, with investors feeling increasingly optimistic the European economy will rebound this year.

It is widely expected that the European Central Bank will unwind the massive monetary stimulus which it pumped into the economy since the global financial crisis.

“The recent appreciation in the euro [against the US dollar] has caught many by surprise, particularly at a time of still decent US dollar data and expectations for ongoing Fed policy normalisation,” said Felicity Emmett, ANZ’s co-head of Australian economics.

“In the past week alone, it has bounced close to 3 per cent, which perhaps suggests some caution is necessary.”

The weaker US dollar has also boosted the gold to a four-month high.

Precious metal was trading slightly above US$1339 an ounce.