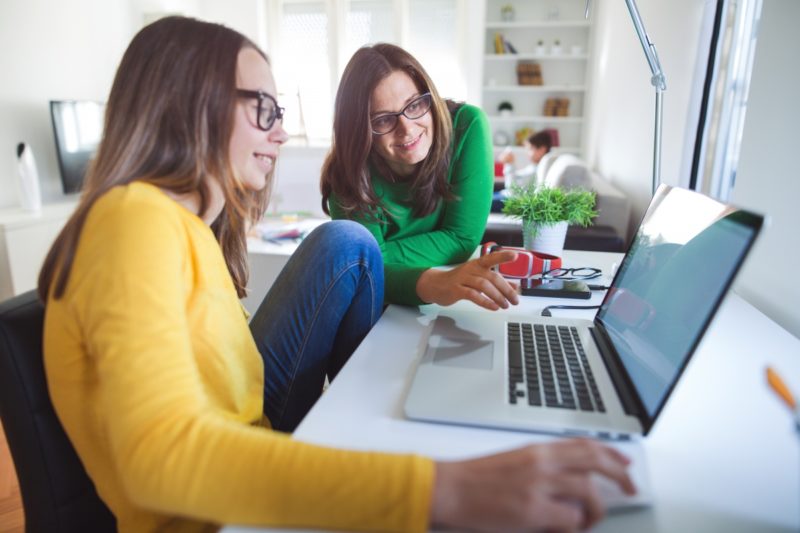 Australian household balance sheets improved substantially in the September quarter as superannuation funds grew strongly and new lending fell 25 per cent, according to new figures from the Australian Bureau of Statistics.

The ABS reported that household financial flows were positive to the tune of $43.2 billion in the September quarter 2017, compared to a positive $19.4 billion in the same period last year. There were three factors working together to create the stronger position.

Property wealth remains a driver, with household property holdings up 10 per cent compared to the same period in 2016.

The strong performance of superannuation has been confirmed by new figures released by Chant West. They show that returns for fund members across the super industry are likely to hit double figures for the 2017 calendar year.

Industry funds were already in double figures by the end of November, returning 10.5 per cent. For-profit retail funds returned 9.5 per cent for the first 11 months of the year.

“The year-to-date return is sitting on 10 per cent (across all fund types) and December has been positive so far, so a double-digit result is in sight. That would be the best year since 2013, when we saw a remarkable 17.2 per cent return,” said Chant West chairman Warren Chant.

Another factor driving the better financial position of households in the September quarter was lower borrowing overall by the household sector. The ABS found households took up new borrowings of $16.6 billion in the quarter, compared to $22.4 billion a year earlier.

That figure accords with other recent statistics that “showed the debt-to-income ratio flattening out somewhat as we borrow less in relation to income”, independent economist Saul Eslake said.

It is also a figure that is likely to please central bankers.

“At a time of record household debt the Reserve Bank has been saying it is concerned that household debt is a risk for the economy,” independent economist Stephen Koukoulas said.

However, the fall in lending also demonstrates some weakness.

“It probably means the economy is a bit softer and shows the need for an increase in inflation and exports to counter domestic activity,” Mr Koukoulas said.

Interestingly, while the household sector has strengthened its net position, it has not come about through a boost to savings. During the quarter, household bank deposits increased by $24.1 billion, which is 4.1 per cent lower than the $25.1 billion recorded a year earlier.

Overall, Australians are getting richer, on paper at least, with the national wealth of households almost hitting $1 trillion.

Superannuation is improving its relative position (as the chart below shows). But because it is saved for the future, rising balances do not necessarily add to consumer confidence. 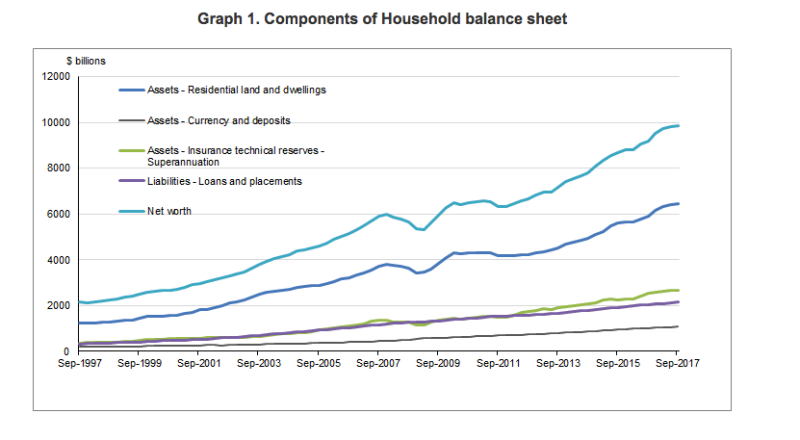 A growing population and the property boom in the major cities is driving property wealth. Australian households had net property wealth of $6.73 trillion in the September quarter. That is 10 per cent above the figure for the $6.13 trillion recorded 12 months earlier.

Financial assets overall are growing slower than property. Total financial assets for the period rose 7.9 per cent to $4.93 trillion, while total outstanding debt for households stood at $2.27 trillion – up 8.3 per cent on a year earlier.