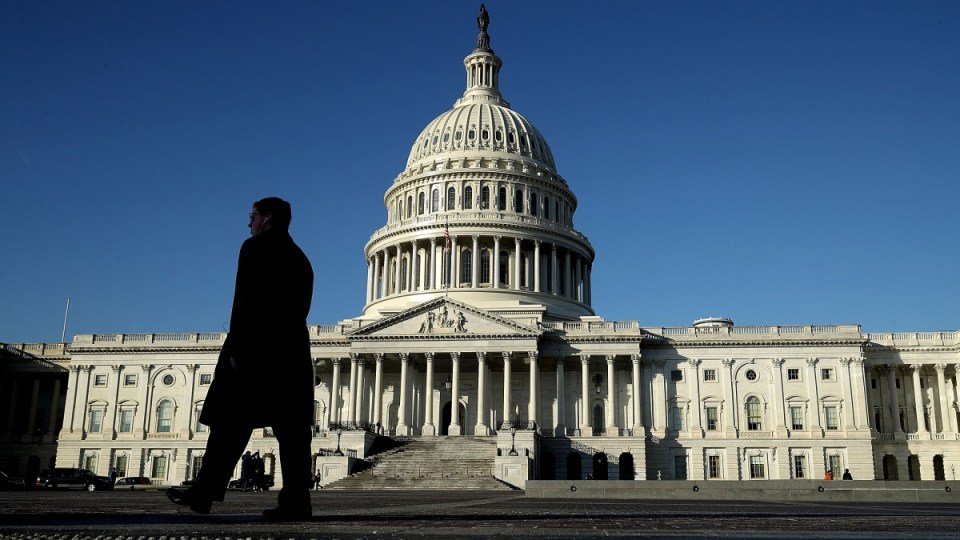 US President Donald Trump has scored one of his first unequivocal legislative victories, with his controversial corporate tax cuts passing both houses of Congress.

The new laws will result in the federal company tax rate being slashed from 35 per cent to 21 per cent, in what has been described as the biggest tax cut in decades, and by Mr Trump as the “biggest in history”.

The bill passed the upper house on Wednesday evening, Australian time, enjoying the support of every Republican senator.

Minor changes were approved Thursday morning (AEST), with Mr Trump’s signature on the bill the last step toward it becoming law.

The President could sign the bill as early as Thursday US time.

Mr Trump took to Twitter to celebrate the victory.

The United States Senate just passed the biggest in history Tax Cut and Reform Bill. Terrible Individual Mandate (ObamaCare)Repealed. Goes to the House tomorrow morning for final vote. If approved, there will be a News Conference at The White House at approximately 1:00 P.M.

The bill was one of the few Trump administration policies that garnered the support of the business lobby both in the US and around the world – not least in Australia – and is likely to refocus the global debate on how much tax companies ought to pay.

Its success will heighten already loud calls from the Coalition and the business lobby for similar tax cuts in Australia.

The Turnbull government wants to lower corporate tax rates to 27.5 per cent for all companies by 2023, but its attempts to do so have been blocked in the Senate.

Treasurer Scott Morrison has remained fiercely committed to passing the bill that contains these tax cuts, and has repeatedly invoked the Trump administration cuts to support his stance.

“What Bill Shorten is doing, by voting against having our businesses more competitive, he is voting to send jobs and investment offshore.

“What does he say to those union members around the country when he is voting to send their jobs offshore? The Trump tax cuts are coming. We have the plan in place to deal with it, and Bill Shorten is voting to stop it.”

The US has a more complicated corporate tax system than Australia, because the US states have more power to levy taxes than the Australian ones, which makes it difficult to compare with the Australian system.

But even taking into account state taxation, under the new regimen US companies are likely to pay on average about 26 per cent corporate tax, considerably less than Australian companies.

Many other developed nations also have lower corporate tax rates than Australia.

But opponents of tax cuts reject the argument that high tax rates will push businesses offshore, arguing instead that businesses are attracted to Australia’s political, economic and regulatory stability, not its low tax regime.

“Majority of Australians recognise large multinational companies don’t pay enough tax while Turnbull govt is blindly adhering to trickle-down econ mantra of tax cuts for corps, deregulation for the powerful & wage suppression for everyone else,” he wrote.