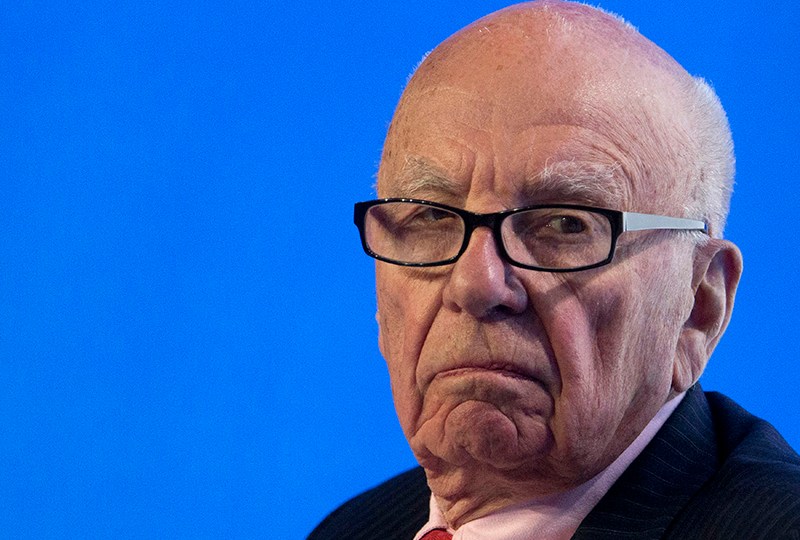 Rupert Murdoch won't be giving up his political power with the Disney deal. Photo: Getty

If you follow the headlines you could be forgiven for thinking that media titan Rupert Murdoch has chosen to give up his legendary political power in the United States as part of his $US52.4 billion ($73.4 billion) deal with film giant Disney. But nothing could be further from the truth.

Buried in the detail of the deal that is setting the news and entertainment world on fire is the news that the Murdochs will hive off some pivotal media assets into a separate company which will be given to existing 21st Century Fox shareholders.

That, of course, includes the Murdoch family who hold 17 per cent of shares and 38 per cent of voting shares  per cent of 21st Century Fox at the moment. It means they will continue to own the influential and stridently conservative Fox News network watched and consistently tweeted about by President Donald Trump.

Fox News represents one of the big bets taken by Rupert Murdoch over his career. He surprised the media world back in 1985 when he started it from scratch in competition to the big three established networks, it paid off big time and he’s not ready to give it up.

Independent media analyst Peter Cox told The New Daily that Fox has been both financially and politically successful for Mr Murdoch.

“It’s now the most profitable cable network in the US so keeping it will maintain his political influence and pay financially.”

Mr Murdoch acknowledged the importance of the network to his plans.

“The new Fox will draw upon the powerful live news and sports businesses of Fox, as well as the strength of our Broadcast Network. It is born out of an important lesson I’ve learned in my long career in media: namely, content and news relevant to viewers will always be valuable,” he said in a statement.

“We are excited by the possibilities of the new Fox, which is already a leader many times over.”

The “New Fox” being created by the hive-off will include Fox’s successful sports and business coverage as well.

Fox News has been hit by sexual harassment claims in recent times with former front line presenter Bill O’Reilly being sacked in April following stories about settlements made by the company over his actions were published.

In 2016 former Fox News chief Roger Ailes was forced to resign over similar claims by staff. In January this year in another shock not related to sexual abuse, Fox star journalist Megyn Kelly left the network after 13 years for rival NBC.

Interestingly Mr Murdoch has taken a backward step in the UK by selling 39 per cent of the Sky network into the deal with Disney.

Mr Murdoch had attempted to move to 100 per cent of Sky but ran into regulatory hurdles in the wake of the phone tapping scandal that rocked his companies from 2011.

Earlier this year the British government referred the the move to the competition regulator over market power and concerns over broadcasting standards.

Steve Allen of Fusion Strategies told The New Daily that moving Sky into Disney was likely to help the deal go through.

“Disney doesn’t evoke the same antagonism in UK government circles as the Murdochs have,” he said.

Both Mr Allen and Mr Cox compared the Disney deal to moves by the Lowy family to sell their Westfield group for $32.7 billion to French group Unibail-Rodamco.

In both cases entrepreneurial families were cashing out but retaining small interests in areas they value but will no longer be their key investments.