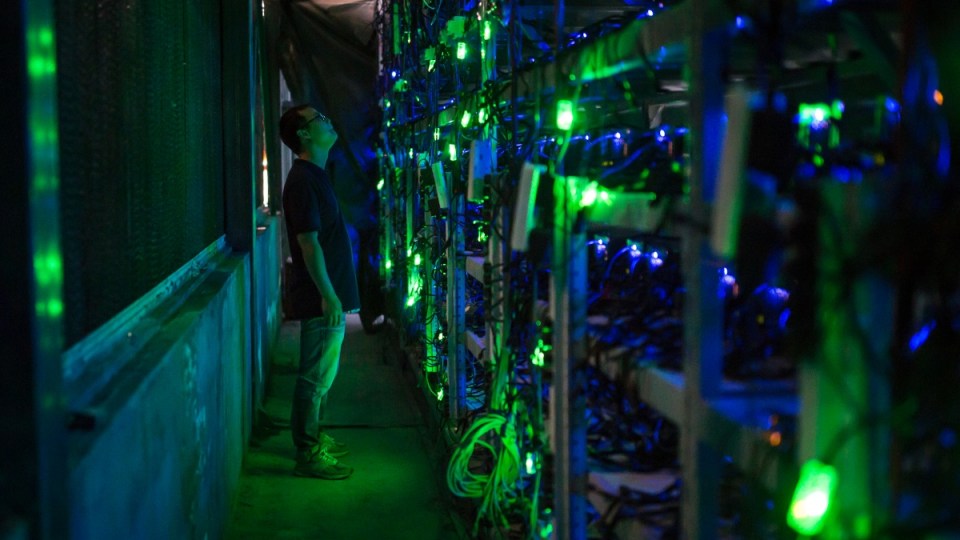 But while this frenzy has been playing out, one group has stayed under the radar: Bitcoin miners.

Unless you’re a cryptocurrency afficionado, the chances are you know very little about this shadowy group of international tech boffins.

But these mysterious miners are integral to the functioning of Bitcoin, and are without question the ones who understand it best.

This week, as the value of one Bitcoin was surging beyond $20,000, The New Daily decided to track down some miners to find out who they are and what on earth it is they are doing. The results were extraordinary.

Our search uncovered a futuristic world made up of a diverse group of tech entrepreneurs and cryptoanarchists, making a killing from the unprecedented surge in interest in Bitcoin.

One of the ‘miners’ we spoke to was a 20-something IT developer based in the Philippines. Another was a Melbourne-based former accountant currently building one of the biggest Bitcoin mines in the world, in Mongolia.

And most unexpectedly, the third was a middle-aged tradie-turned-solar farm owner in outback New South Wales who is using the electricity generated by his solar farm to mine the increasingly valuable cryptocurrency.

But first, what is a bitcoin miner?

When Bitcoin’s elusive founder Satoshi Nakomoto built the Bitcoin software in 2009, he (or she, or they) designed it so it would rely on a network of miners.

To truly understand what these miners do requires a level of cryptoliteracy far beyond the average Joe (this journalist included). But in short, they use mining machines – little computer-like boxes – to solve complex mathematical problems posed by Nakomoto’s system.

Solving these problems reveals a ‘block’ of Bitcoin, independently validating and recording its existence. It is essential that independent Bitcoin miners do this because it securely and immutably records the existence of the Bitcoin, making it as solid a piece of property as anything in the tangible world.

For their efforts (and considerable expense, above all on energy bills) Bitcoin miners are rewarded with new Bitcoins.

The video below explains how mining works.

Allan Guo was working as an accountant in Melbourne when, in 2013, his friend Sam Lee suggested they start trading Bitcoin.

Mr Guo and Mr Lee quickly realised there were major opportunities in Bitcoin mining. Together, they founded a company called Blockchain Global, secured $2 million in funding from Australia-based venture capitalists, and set up a ‘mining farm’ in Sichuan in their native China.

“It’s basically like a warehouse,” Mr Guo says of the farm. “It’s been furnished with fans and a lot of shelves, and then power transmission to convert them into electricity.”

He says there are three factors that make China attractive as a Bitcoin mining destination: cheap electricity, cheap labour, and a ready supply of Bitcoin mining machines, which are made in China. Personally knowing the manufacturers of these machines has also helped.

“This network and [cheap] resources allowed us to do this better than any other competitors in the market, so that’s how we got into the mining business,” he says.

The first mining farm proved to be extremely successful – so much so that Blockchain Global has now entered a joint venture to build a new farm in Mongolia. When finished, it will be the biggest cryptocurrency mining farm in the world.

Mr Guo is confident that even if the current surge in value is a bubble, over the long-term Bitcoin and cryptocurrencies in general are here to stay, meaning mining will remain a necessary service, and therefore a viable business.

A bigger risk is regulation. So far the Chinese government has let cryptocurrency mining carry on without interference. However, it has banned the use of Bitcoin as a common currency to purchase goods because, says Mr Guo, it views it as a threat to the national currency.

Mr Guo acknowledges the authoritarian government could suddenly decide to stamp out Bitcoin mining as well.

“There is a risk. A country like China, it’s run by the Communist Party, and they have the power to do whatever they want, in principle.”

While Bitcoin mining is increasingly the domain of big miners with lots of money and lots of machines, its roots as a 21st century cottage industry remain.

The New Daily tracked down one of these small-scale miners, a Phillippines-based IT worker in his twenties, who began mining with a friend earlier this year – just before the boom started.

The miner, who asked not to be named to avoid being hacked, said the first step was to purchase a mining machine – in his case an ‘application specific integrated circuit’, or ‘ASIC’.

“We bought our first ASIC on Amazon, then we made contact with an individual in China (who become our partner later on) and set up a system where that person purchased the ASIC there, since [ASIC manufacturer] Bitmain’s manufacturing factory is located there,” he says.

Once the Bitcoin price began to surge in June, more partners came on board. Now there are 18 people mining together, and sharing the proceeds.

“Among my partners, some are accountants, butchers, farmers, engineers, lawyers, doctors. And we’re scattered around the world,” he says.

The miner would not say exactly how much money he made, but said it was already “enough to live on for a year without doing any work”.

Unsatisfied with the price he was getting selling solar-generated electricity back to the grid, Mr Thaler began looking around for other ways of monetising the electricity his farm was generating.

“A mate of mine said you should mine Bitcoin and turn that electricity into money,” he tells The New Daily.

So he trawled through eBay and Gumtree, tracked down some mining machines, and within a couple of hours of mining, he had hit his first block.

“It didn’t make much money at first,” he says, “but it encouraged me to refine the idea.”

Mr Thaler now believes he can harness his solar farm to mine cryptocurrency on a bigger scale, and is investing in the idea. He has already purchased a refrigerated shipping container for the purpose, and is teaching his five kids how to mine, in the hope of turning it into a family business.

If successful, he will be offering a solution to one of the strongest criticisms of Bitcoin: its appalling carbon footprint.

Like China, the Australian government has so far made no effort to regulate Bitcoin mining, and Mr Thaler is adamant this is a good thing.

“Bitcoin is the human response to regulated currency and the risks it presents,” he says.

Meet the ‘miners’: The shadowy group making a killing from the Bitcoin bonanza