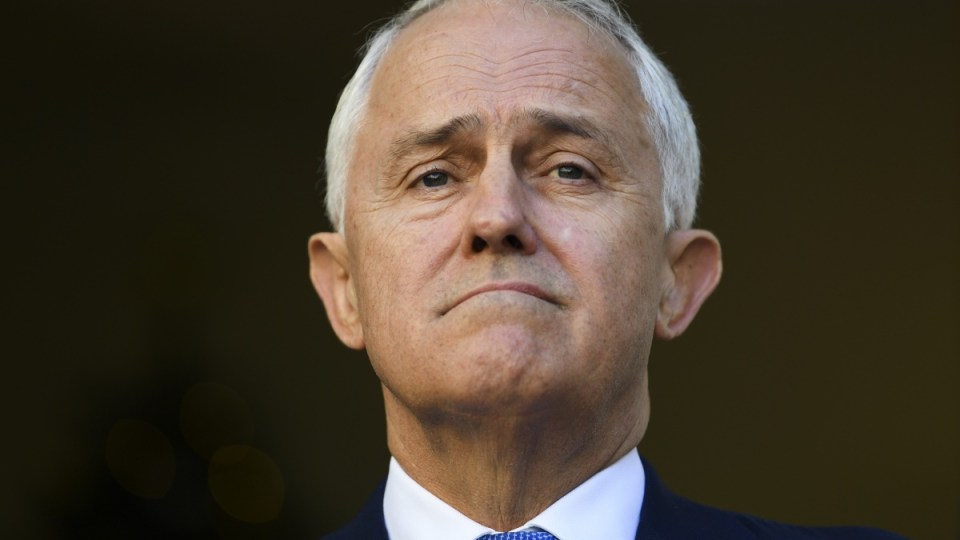 The PM was given just 16 hours' notice that the banks would call for a banking inquiry. Photo: AAP
exclusive

The big four banks gave the Turnbull government 16 hours’ notice that they would call for a banking royal commission, The New Daily can reveal.

The move led Mr Turnbull to perform a stunning – and quick – policy backflip, reversing years of steadfast opposition to such a probing inquiry.

Until now, all that was known about the timing of the announcement was that, at 8.30am on Thursday, the banks published a letter addressed to Treasurer Scott Morrison calling for a banking inquiry.

Within half an hour, Mr Turnbull had bowed to the pressure and announced a royal commission.

But a spokesperson for the Treasurer told The New Daily the government had known the announcement was coming since the previous afternoon.

“After close of markets yesterday [Wednesday] the banks informed the Treasurer they would be sending a letter,” the spokesperson said.

Financial markets close at 4pm. That gave the government around 16 hours to decide how it would respond to the banks’ bombshell decision before they published their letter on the ASX.

In that time, cabinet reached the decision to call for a royal commission and the government was able to draw up draft terms of reference for the inquiry. Statements were prepared for the PM and Treasurer to deliver at 9am the next morning.

The dramatic announcement came at the end of days of intense speculation over whether Mr Turnbull would bow to pressure to call a royal commission from Parliament.

Last week, Coalition rebels led by Nationals senator Barry O’Sullivan drafted a bill for a ‘commission of inquiry’ into the banking sector, which would have had all the same powers as a royal commission, but would have reported to Parliament rather than the executive.

The bill looked extremely likely to pass into law against the government’s will – which would have been a major blow to Mr Turnbull.

On Thursday last week, just as the issue was heating up in Parliament, a number of big bank chairs were spotted meeting Mr Morrison in Sydney.

The meeting prompted speculation the government was discussing the possibility of calling a royal commission – though this was never confirmed.

The banks themselves had been showing signs they believed a banking inquiry was inevitable.

And earlier this week there were reports a number of lower house Coalition MPs – most prominently Llew O’Brien – were ready to cross the floor to support Senator O’Sullivan’s bill.

These murmurings, and the unlikely speed of Mr Turnbull’s about-turn on Thursday, prompted a number of voices in Parliament to express doubt about the government’s account of how it arrived at the last-minute change of policy – one calling it “the quickest cabinet decision in history”.

Another source suggested the inquiry may have been a pre-arranged contingency plan – an “emergency button” – in case the alternative bill for a parliamentary commission looked likely to pass the House of Representatives.

But the government insisted this speculation was unfounded, categorically denying any careful orchestration with the banks.

The draft terms of reference are just three pages long, and light on detail.

They state that the inquiry will focus on “the nature, extent and effect of misconduct” by financial services companies.

They make clear that the inquiry will include not just the banks, but also fund managers, insurance companies, superannuation funds, and financial advice firms.

There is repeated use of the term “community standards” as a benchmark for proper behaviour, though this term is not defined.

The terms of reference also state that the government will appoint a “distinguished serving or former judicial officer” to lead the royal commission.

Nationals senator John Williams, a long-time campaigner against misconduct in the banking sector, told The New Daily the decision was a “good result”.

He dismissed critics who were concerned the government’s inquiry would go soft on the banks, saying they were “being a bit cynical”.

“When you have an independent commissioner the government can’t dictate where it goes and where it doesn’t go,” he said.

He urged as many affected people to come forward and give evidence to the commission.