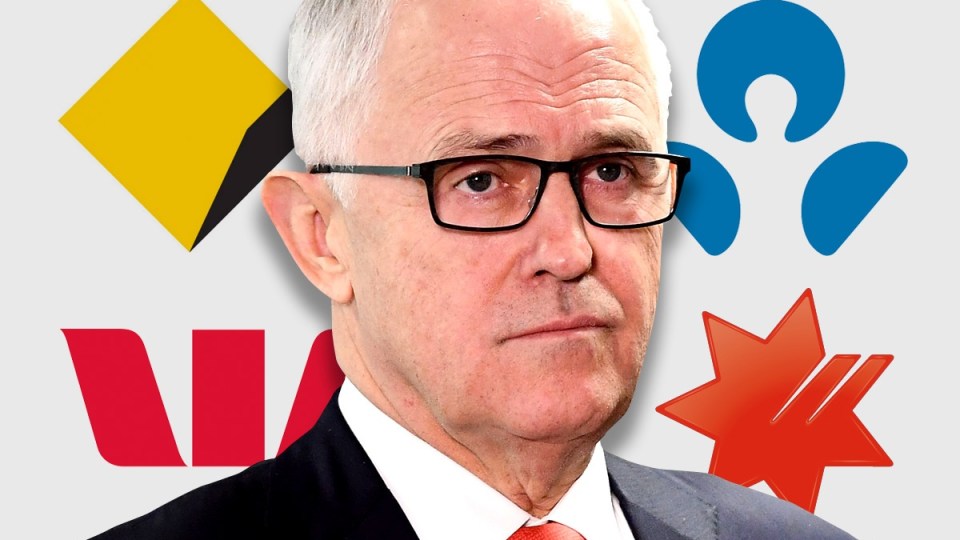 Mr Turnbull has steadfastly refused to subject the banks to a royal commission.

Prime Minister Malcolm Turnbull is under intense pressure to order a banking royal commission, with members of his own party telling him a refusal to do so could lead to a “wipe-out” in the next election.

On Thursday, Nationals senator Barry O’Sullivan circulated a draft bill that would set up a banking inquiry behind the government’s back.

The draft bill, which The New Daily has seen, would establish a royal commission in all but name, explicitly granting it all the same investigative powers.

The ‘commission of inquiry’ would be led by three commissioners, including an ex-judge, a financial services expert and a “community representative”.

The key point of difference from a royal commission is that it would report to Parliament, not the government – taking it out of Mr Turnbull’s hands.

In other words, it would be much more than simply a banking inquiry.

The bill is likely to get majority support in the Senate. It would then need just two coalition MPs to cross the floor in the lower house for it to become law.

Supporters of the bill told The New Daily they were confident they had the numbers in the House of Representatives.

And to make matters worse for Mr Turnbull, on Friday the ABC got hold of a leaked letter from a NSW Liberal branch president calling for the PM to backtrack and set up a royal commission or face a “wipe-out” at the next election.

“As a party, we need to immediately change tack on this issue and call an inquiry with the powers of a royal commission,” Berowra Waters Liberal Party president Peter McNamee reportedly told Mr Turnbull.

The Turnbull government appeared to take these threats seriously.

On Friday, The Australian reported the government was drawing up details for a bank-funded compensation scheme for consumers who were ripped off by the banks – an apparent last-ditch attempt to appease rebel coalition members considering crossing the floor.

The government would not confirm whether these reports were true.

But even if such a scheme were set up, it would be unlikely to appease those calling for a royal commission.

Labor spokesperson for financial services, Senator Katy Gallagher told The New Daily that Labor would “carefully consider” Senator O’Sullivan’s bill, adding that the opposition would work “with anyone to stop the rorts and rip-offs”.

“[Mr Turnbull’s] backbench is openly defying him, his Cabinet is leaking against him – he is increasingly isolated in trying to protect the banks.

“The game is up – it’s time for Mr Turnbull to support Labor’s royal commission into the banks,” Senator Gallagher said.

Greens MP for Melbourne Adam Bandt told The New Daily the signs were not looking good for the government in the lower house – especially with Barnaby Joyce and John Alexander away contesting byelections.

“During this period when the government is without a couple of members, the chances are quite good that a banking inquiry bill could pass the house. But even without that there are members who are willing to cross the floor,” he said.

Mr Bandt said it wasn’t enough for banks to “wring their hands, say they’re sorry”, and then go back to business as usual. He insisted a probing inquiry was required.

When asked why he thought the government was so resistant to the idea of a royal commission, Mr Bandt accused it of being “in league with the banks”.

“Members of the government’s front bench come from the big banks. They’re peas in a pod. They bat for the same team.”

Mr Bandt’s claim that Liberals are “peas in a pod” with the big banks, though often cited, is not obviously born out by the facts.

And the big banks and industry bodies tend to donate equal amounts of money to both the Liberals and Labor.

Nevertheless, Mr Turnbull has been steadfast in his refusal to set up a royal commission, even though supporters of a commission insist it would be popular with the electorate.

‘The game is up’: Pressure mounts on Turnbull to backflip on banking inquiry