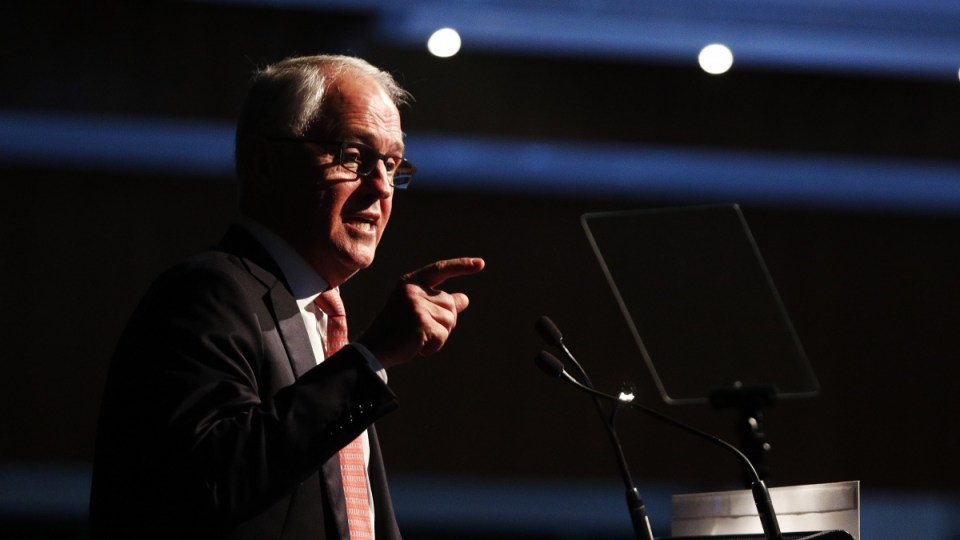 It’s been a confusing week for tax policy, with Prime Minister Malcolm Turnbull rashly promising he can cut income taxes for middle Australia without derailing the return-to-surplus laid in the May budget.

Labor accused the PM of sending mixed signals, because they have been calling from the opposition benches for the government to scrap an effective increase in income taxes via the 0.5 percentage point increase in the Medicare levy.

So taxes down and up at the same time.

While details of the planned income tax cuts are yet to be announced, Chris Richardson of Deloitte Access Economics has estimated their cost to the budget bottom line as being between $4 billion and $7 billion.

So the Medicare levy would bring in an estimated $3.5 billion in revenue 2018-19, while middle-income tax cuts would remove more than that from consolidated revenue simultaneously.

Any way you look at it, that means a net blowout in the budget deficit of between $500 million and $3.5 billion in that financial year.

However, there is at least one more nasty lurking in the current data – namely, low wages growth.

In more normal times, income tax cuts are made to reverse the steady increase in taxes year-on-year known as bracket creep. The idea is that as nominal wage rise, larger portions of each worker’s pay fall into higher tax bands.

But with wages growth stuck at record lows right now, is there really a need for tax cuts? We’d all like more money in out pockets, but then voters are also concerned about the national debt.

The May budget forecast that the first budget surplus for many years would arrive in 2020-21, which would then allow the federal government’s debt to be slowly eroded in following years.

Low wages will hamper that effort. In a speech on Tuesday, Reserve Bank Governor Phillip Lowe described an economy returning to health more slowly than his colleagues had forecast.

He told a Sydney audience of economists: “Whereas in earlier years, Australians had got used to average wage increases of around the 3.5-4 per cent mark, 2-2.5 per cent is now the norm.

“Growth in average hourly earnings has been weaker still: in trend terms it is running at the lowest rate since at least the 1960s. Not only are wage increases low, but some people had been moving out of high-paying jobs associated with the mining sector into lower-paying jobs.”

What that all boils down to is a lot less bracket creep than we’ve seen in previous years – and, importantly, less than was forecast in the May budget.

Six months ago, the government thought wage inflation would be running at 2.5 per cent this financial year, and 3.0 per cent next year.

But the data Mr Lowe presented in Sydney shows that won’t happen. By budget time, we’ll be lucky to have returned to just 2 per cent wage growth.

That missing half a percentage point in wages growth matters quite a lot.

Australian gross domestic product is currently around $1700 billion and of that, The Australia Institute reckons 46.2 per cent is accounted for by wages – around $785 billion.

The half a percentage point of wage growth that the RBA says hasn’t materialised is therefore worth close to $4 billion.

To know exactly what that will strip from the income tax receipts in next year’s budget would take some complex modelling. However, it’s unlikely to be less than 25 per cent – that is, $1 billion.

So the outlook for the budget deficit really is up and down: it’ll be reduced by the Medicare levy, increased by income tax cuts, reduced by higher company tax receipts, and increased by those non-existent pay rises.

The big wildcard in all of that is company taxes, and as mentioned above Mr Morrison may know more than we think about the scale of the boost these will give to the budget bottom line.

We’ll know next month when the mid-year economics and fiscal outlook is released.

In the meantime, charitable commentators will argue Mr Turnbull announced income tax cuts because there’s a lot of extra revenue flowing down the pipeline.

The less charitable will say, as Labor has said, that the idea is “a pathetic attempt at a distraction” by a government trying not to look as if it’s falling apart.

Taxes up, taxes down. This government can’t decide