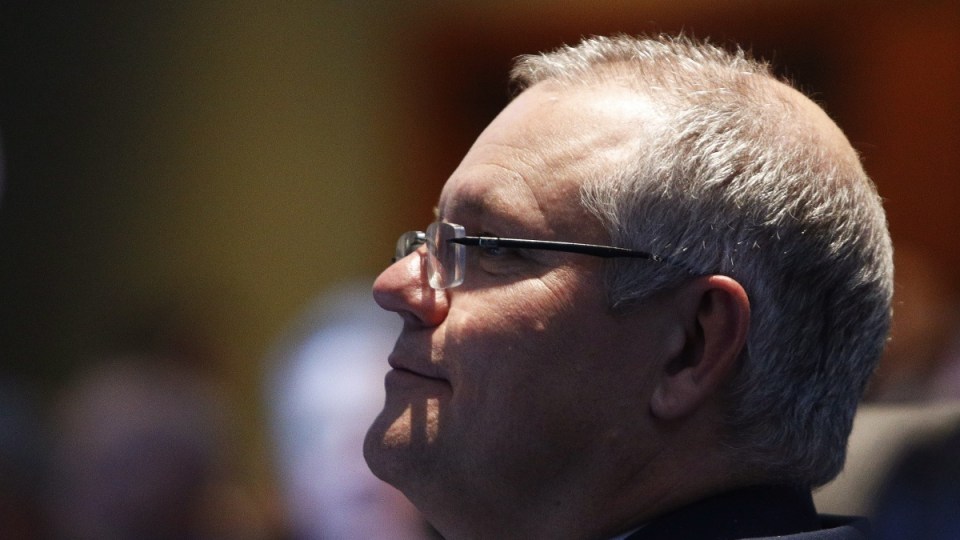 Scott Morrison is taking credit for something that would have happened anyway. AAP
analysis

Treasurer Scott Morrison has claimed the government’s new energy policy will knock $400 a year off your electricity bills – a saving four times greater than the government initially predicted in October.

But closer analysis of the Treasurer’s claim shows it is wildly inaccurate.

In fact, the new Energy Security Board’s modelling, which Mr Morrison was quoting, shows the National Energy Guarantee (NEG) would only save consumers between $5 and $10 a year more than initially projected – not the further $280 the Treasurer claims.

That $280 figure, while real, has absolutely nothing to do with the NEG.

Rather, as a government spokesperson explained to The New Daily, it is the figure that will be automatically saved if we follow “business as usual”.

In other words, even if the government did absolutely nothing, energy bills would still fall by an average of $280 a year over the 10-year period between 2020 and 2030.

Or to put it another way, Mr Morrison is taking credit for something that would have happened even if all the politicians in Canberra had been sent home months ago, and the public service was left to run the country for the next 13 years without any new legislation or direction from government.

Mr Morrison’s comments came ahead of the COAG Energy Council meeting this week, during which the heads of state and federal government will discuss the NEG.

The states’ stamp of approval would give the embattled PM a much-needed boost going into the pre-Christmas ‘killing season’.

Here’s how Mr Morrison spun the new figures on Wednesday:

“The good news for Australian families is the National Energy Guarantee, recommended by the Energy Security Board and supported by the Turnbull government, will be delivering a $400 a year drop in their electricity prices from where they are today.

“That’s what the modelling shows. So, that is far beyond the initial estimate that was provided by John Pierce from the Energy Security Board when the policy was first proposed some weeks ago.”

He went on to target Labor leader Bill Shorten: “Apparently the previous estimate of $115 was not strong enough for Bill Shorten. He thinks having $115, paying less for your electricity bills, each year is trivial. Well, he might be on a big salary, but most Australians aren’t. So, I think that was a good saving. This is almost four times that.”

Back in October, when Mr Turnbull announced his National Energy Guarantee, there was no mention of the $280 “business as usual” saving.

But as the government spokesperson told The New Daily, the $280 figure was already known back then. The government just didn’t take credit for it – correctly – and therefore didn’t include it in the headline savings.

So what should you thank for that $280 a year saving? In the government’s words, “the impact of new supply coming into the market in the lead-up to 2022”.

How much you stand to save

All that aside, the figures released on Wednesday appeared to be good news for households.

However, this is only an average across 10 years, meaning some years bills could be a lot more than that, and some years a lot less.

Households that consume a lot of energy stand to make the biggest savings.

A four-person family with a swimming pool in New South Wales could save $170 thanks to the National Energy Guarantee, or $450 including the business-as-usual saving.

Small businesses, meanwhile, stand to save “hundreds of dollars a year”, the report claimed.

A major criticism of the National Energy Guarantee has been that it is light on detail.

The Energy Security Council’s full report has not yet been released publicly, but will be released following the COAG meeting on Firday.

The details contained in the limited press release suggest the report will fill in many of these gaps.