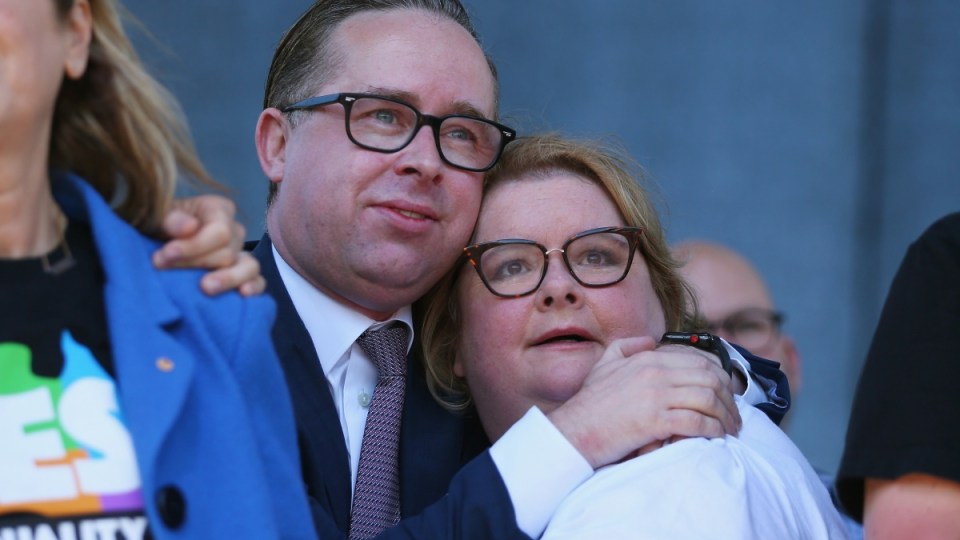 When it comes to entering the political arena, the attitude of business leaders in Australia has tended to be: mind your own business. But this changed when Qantas CEO Alan Joyce took a public stand on same-sex marriage and proudly declared that the national carrier was for marriage equality.

Traditionally it has been an article of faith for business leaders that taking an advocacy position on public policy issues that did not have a direct bearing on their business risked alienating customers, employees and government.

The initial response to Mr Joyce’s public support for marriage equality suggested that conservative position was well-founded. As well as scoring himself a pie in the face from a disgruntled member of the public while speaking at a business breakfast in Perth, he was also served notice by tennis legend Margaret Court that she would boycott the airline.

Mr Clifford, one of Australia’s most prominent business leaders – he is a former CEO of mining giant Rio Tinto – defended the right of business to take a stand on social issues.

“Apparently, companies have no business expressing a view on social issues; they should focus purely on delivering a service and making money for shareholders,” he wrote in a letter to The Australian.

“By this logic, should companies scrap all of their corporate social responsibility programs? Should we not worry about ethical supply chains? Are we overstepping the mark when we raise money for charity? Of course not.

“And nor should we be expected to be silent on what is a basic civil rights issue.”

In the United States, business leaders have traditionally been more emboldened by a sense of civic duty to speak out on political issues. As such they are not so squeamish as their Australian counterparts. But even by their own standards of democratic participation, the election of Donald Trump as US president has brought business leaders into the political fray like never before.

The rise of white supremacists, transgender rights, immigration, healthcare and climate change are among the issues that have moved CEOs to speak out.

Mr McMillon told employees in a memo that Walmart has a “more critical than ever” role to play in helping build “a more diverse and inclusive society”.

“Our country is facing some very difficult issues that require our elected officials, business leaders and community-based organizations to work together,” Mr McMillon said.

“[W]e believe we [Walmart] should stay engaged to try to influence decisions in a positive way and help bring people together. I will continue to strongly advocate on behalf of our [employees] and customers … to promote a more just, tolerant and diverse society.”

The New York Times notes the rise of the “moral voice of corporate America”.

One explanation for this is pressure from “employees who expect or encourage their company to stake out positions on numerous controversial social or economic causes”, but also from “board members concerned with reputational issues”.

“In short, while companies are naturally designed to be moneymaking enterprises, they are adapting to meet new social and political expectations,” the NYT explains.

This trend will not be lost on Australian business leaders.

One of the most commendable aspects of the marriage equality campaign was not just the preparedness of businesses to publicly support the change to marriage laws, but the great number of them that did so.

As The New Daily has previously reported, some companies decided to follow the old rules and take no public position on same-sex marriage. They included BHP Billiton, Brambles, CSL and Transurban.

But the marriage equality campaign has surely ushered in a new era of public policy activism by business leaders, and so it should. It’s hard to imagine same-sex marriage was a one-off.

Many Australians rightly feel let down by the tepid leadership from Canberra on such important issues as climate change, indigenous reconciliation, immigration, the republic and so many more.

In a vastly changing social and economic landscape the corporate CEO is as much a community leader as a business leader. The CEO’s voice is just one voice, but it’s a voice that should be heard where there is an informed and constructive contribution to make.

The marriage equality campaign demonstrated the vital contribution that business leaders can make towards an enriched society. For this, Alan Joyce should take a bow.

* An earlier version of this article said the AFL removed a ‘Yes’ sign following protests from fans. However, the sign was scheduled to be taken down.

Take a bow, Alan Joyce: CEOs make it their business to speak up for a better Australia